The children's book author and illustrator adds to his extensive body of work with his 11th Strega Nona picture-book, “Strega Nona's Gift.” 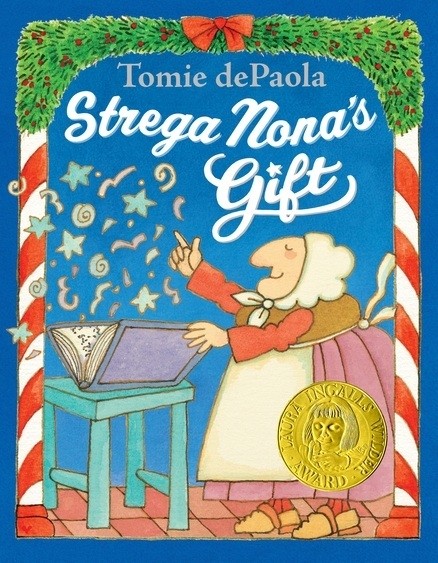 The cover of dePaola's new book

Cost: Free (Ticketed event. Tickets must be picked up before event)

If pictures are worth a thousand words, Tomie dePaola can be counted as one of the most prolific writers of our time. He’s published over 200 books for children since his first illustrated work, a collaboration titled âÄúWheels,âÄù in 1965. After he debuted his first  âÄúStrega NonaâÄù book in 1975, dePaola has racked up just about every award in the field. DePaola is one of just five authors who have been awarded with both a Caldecott and Newbery honor. He received the University of Minnesota’s Kerlan award thirty years ago, and some of his materials are still kept in the Kerlan Collection in Andersen Library.  Just this year, the decorated author was awarded with the Laura Ingalls Wilder Medal that recognizes substantial and enduring contributions to children’s literature âÄì an honor whose recipients include Maurice Sendak, E.B. White and of course, Dr. Seuss.

The author’s âÄúStrega NonaâÄù books, which roughly translates from Italian to âÄúwitch grandmother,âÄù are a series of folklore-inspired tales that surround an old, full-bodied Italian apothecary who resides in the Calabrian countryside âÄì healing all who come to see her for their wart, love or headache-related maladies with a touch of olive oil or a quick spell.

Today, Tomie dePaola will bring a little of Strega Nona’s magic to St. Paul’s Red Balloon Bookshop for a brief presentation and book signing as part of a promotional tour for his new book, âÄúStrega Nona’s Gift.âÄù

Strega Nona, with her large nose, patient smile and ever-present apron and bonnet, has proven herself a classic character of children’s literature, and her creation was entirely by happenstance. In the early ’70’s, dePaola moved to New Hampshire and was teaching at a college where he was obligated to attend tedious staff meetings. While he sat in the back working away on a yellow legal pad, inspiration struck. âÄúI think the administration thought I was taking copious notes but instead I was doodling,âÄù dePaola said.

At the time, he was teaching theater and was interested in the Italian theatrical tradition Commedia dell’Arte;  particularly the Neapolitan archetype Pulcinella. As dePaola started to draw Punch, with his oversized nose and pillowy white cap, the illustrator found his sketch was shifting in another direction. âÄúInstead of his little hat, suddenly there was a little bubushka. I continued to doodle, and a little dress came on. I said âÄúoh isn’t she cute. Her name is Strega Nona.âÄùâÄù

That stories about a round, old grandma witch who always gets to bed at a reasonable hour could resonate with children surprised the author.

âÄúIf I had known then that she was gonna be so, sort of, deep into the consciousness of children for years and years I would have been a little frightened, I think [laughs],âÄù dePaola said.

The veteran illustrator got his eye for good children’s literature early on in life. Before he could say âÄúconnoisseur,âÄù he certainly knew what one was.

âÄúI hated Dick and Jane. I thought they were the most insipid people in the world,âÄù dePaola said.

Years ago, he tracked down a copy of a favorite old book he read as a child; to reexamine the memory with adult eyes. âÄúI opened it up with great trepidation, hoping it would be as good as I remembered it. And it was,âÄù dePaola said.

The Connecticut native, who just turned 77 this September, is one of the most generative in the genre, and shows no signs of slowing down. He can’t say where Strega Nona may appear next, as he never forces his stories.âÄùI don’t sit down and make a list of what would be the next Strega Nona story. They just happen.âÄù dePaola said. âÄúShe whispers in my ear.âÄù

If dePaola’s 15 million books in print are any indication, readers young and old alike probably hope that their little Strega Nona will keep whispering, and the author’s hearing doesn’t give out before she’s ready to stop. Even then, matured nostalgics can pick up their worn or store-bought copy of âÄúStrega NonaâÄù stories and open them, thanks to dePaola’s careful labor of love, without trepidation.