Joel Maturi signed Kill to an extension that will keep him here through February 2018. 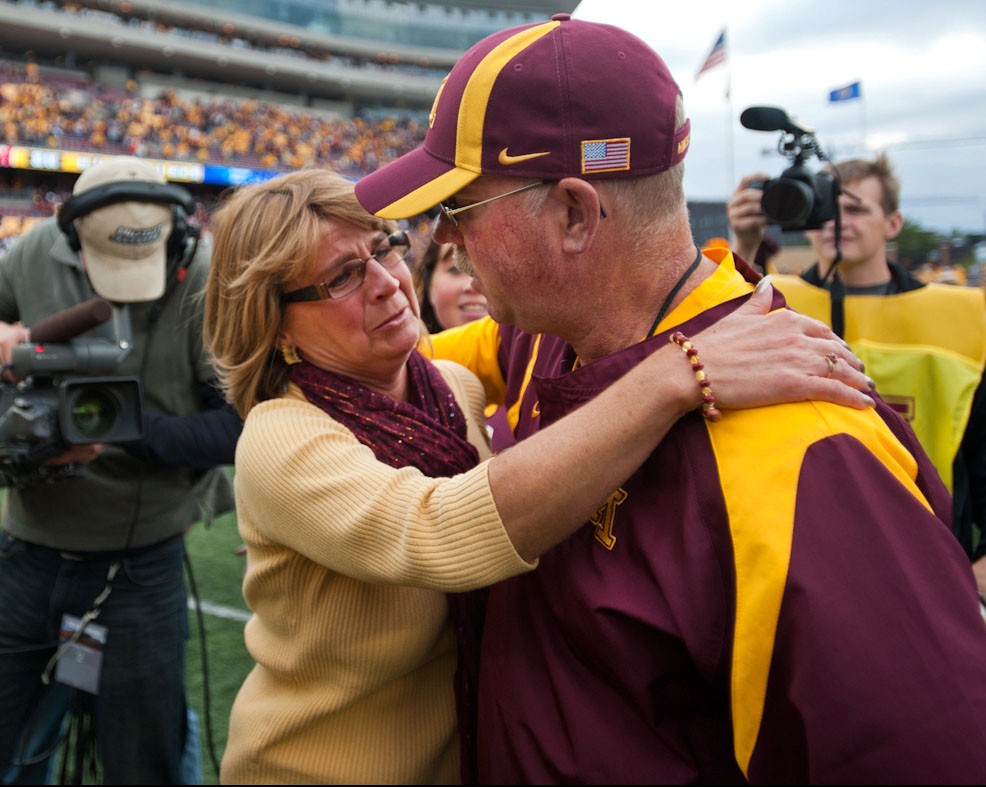 In the midst of a losing season in which blowout losses have become the norm, Gophers head football head coach Jerry Kill finally got some good news: He now has some job security.

Kill signed a seven-year contract to remain with program through February 2018, athletics director Joel Maturi announced in a release by the team Tuesday.

âÄúRebecca and I, along with our family and staff, are very thankful to the university and certainly to our administration, including âÄ¦ Maturi and president Eric Kaler,âÄù Kill said. âÄúIâÄôm glad itâÄôs now settled and we can move on from here. We are excited about the future of our program.âÄù

The contract is retroactive to December 2010, when Kill was first announced as the GophersâÄô 27th head football coach, two months after Tim Brewster was bought out from his contract.

Kill was previously working under a Memoradum of Agreement with the University, according to the release.

âÄúThis contract represents a significant commitment to Coach Kill and our belief in his vision for Gopher football,âÄù Maturi said. âÄúHe has proved over the past 10 months what a great fit he is at the University of Minnesota and I have been very impressed with him as both a coach and a person.”

“I am thrilled that we now have an agreement in place that has secured Coach Kill as our head football coach well into the future,” Maturi added.