The Iceland native recorded a score of 62 in the first round of his last tourney. 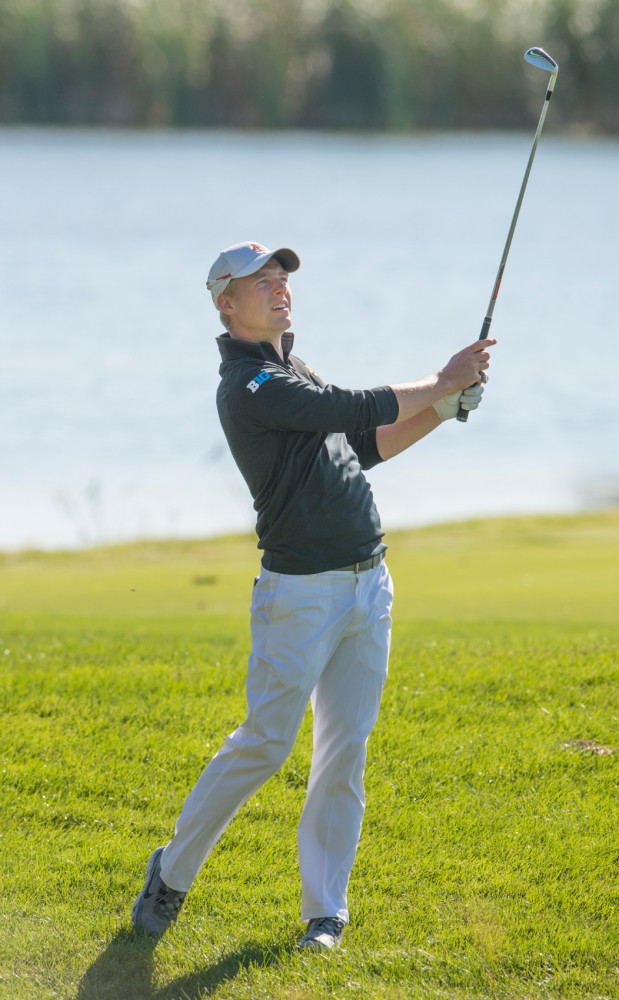 Sophomore Runar Arnorsson plays at the Windsong Farm Golf Club during the Gopher Invitational on Sept. 13.

Jack White
When the Gophers finished second in the Barona Collegiate Cup just over a week ago, one golfer outplayed the entire field.
Sophomore Runar Arnorsson won the event and broke the school record for lowest score in a round while doing so.
“I think from a golf swing standpoint, he really understands what he needs to do now to see the trajectory and flight [of the ball] and the results he wants to have,” head coach John Carlson said. “He’s just all-knowing on his golf swing, which is something we hope all of our players strive to have.”
Arnorsson scored a 62 in the first round of the tournament, the lowest 18-hole score in Minnesota history.
He shot a 71 the second day, which was tied for the fourth-best score of the round, and a 74 the third day to place first in an event for the first time in his college career.
The Gophers had not had an individual win a nondual tournament since Jose Mendez won the 2014 Big Ten title.
“Runar got off to a great start in rounds two and three,” Carlson said. “I wasn’t surprised. He was just very confident. He had great warm-up sessions, and he knew that his ability was good enough that week.”
Arnorsson has a team-low average score of 74.16 this spring, after averaging a score of 76.13 in the fall. He also earned his first Big Ten Golfer of the Week award on March 24 after his first-place finish at the Barona Collegiate Cup.
“It was pretty cool,” Arnorsson said. “It was nice to be able to do that, accomplish that.”
Delete Image
Align Left
Align Center
Align Right
Align Left
Align Center
Delete Heading