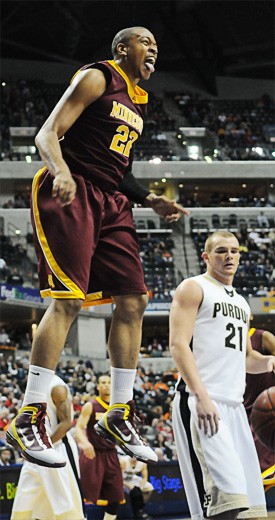 Minnesota guard Devron Bostick reacts after finishing a dunk in the second half of Minnesota's 69-42 rout of Purdue on Saturday. Minnesota will play Ohio State for the Big Ten title on Sunday.