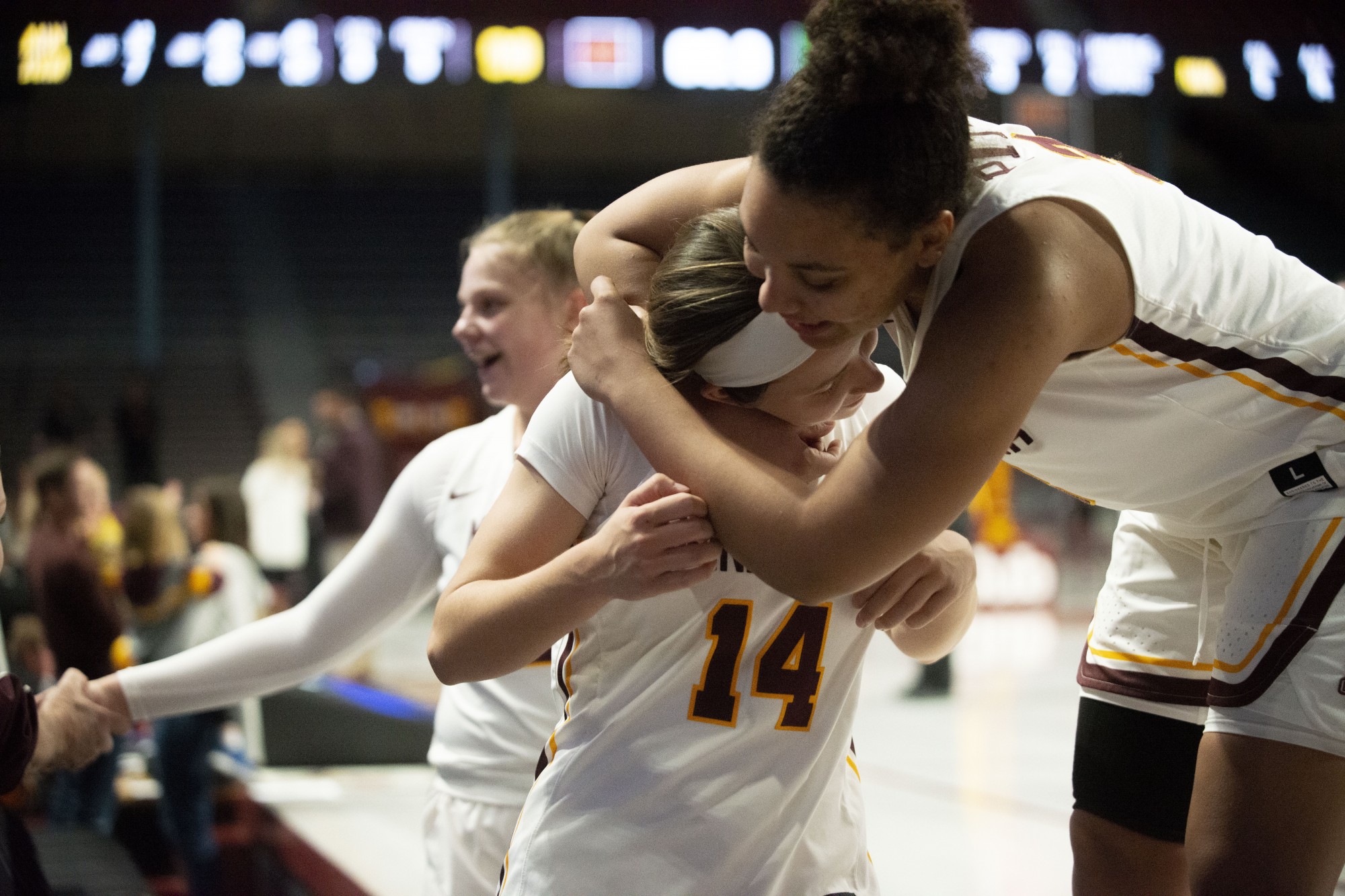 Despite a solid season last year for the Minnesota women’s basketball team, junior forward Destiny Pitts thought the Gophers were missing something offensively.

What the team was missing was more shooting and better offensive performances. Pitts was one of only two players who averaged double-digits points per game last season along with senior guard Kenisha Bell. In addition, Pitts was the only Gopher to shoot 35 percent from the three-point line who took at least 70 shots from behind the arc.

But the beginning of this season has been a different story for the Gophers. The team has had at least three players score double figures in every game this season. Pitts has been Minnesota’s primary scorer, but she is one of five different players who are averaging double-digits in points per game and many of them bring different skills to the table, making life difficult for opposing defenders.

“When you have two really great drivers and shooters spot up, they kind of have to pick their poison,” Pitts said. “Their defense has to see if they can stay in front of our guards one-on-one and if they can’t, then we have drive and kick opportunities, whereas last year I don’t think we had as many opportunities.”

The two drivers Pitts mentioned are guards Jasmine Brunson and Jasmine Powell. Both Brunson and Powell play similar styles of basketball by controlling the pace offensively, driving to the basket for layups and distributing to their teammates. Brunson has a knack for turning defense into offense, recording 13 steals through the first six games of the season. Powell has come off the bench every game to provide some energy for her team, averaging about 12 points per game in her first season as a Gopher.

“I really want to give out as many assists as I can because I am a firm believer that an assist is just as good as two points,” Powell said. “I’m always looking to get my teammates involved and that opens things up for me.”

As a freshman, Powell is also doing a good job of protecting the ball as one of the team’s primary point guards. She only has five turnovers early in the season.

Guards Gadiva Hubbard and Sara Scalia have added the shooting Pitts said was missing last season. Hubbard shot nearly 35 percent from three as a sophomore but did not play last year due to a foot injury. However, she has come back to shot well from three for the Gophers.

Scalia was known to be a 3-point shooter coming out of high school and has been an immediate influence for the team. Starting in five of the six games of the season, Scalia has helped the Gophers space the floor when she is on the floor with Pitts and Hubbard.

The Gophers will look to continue their balanced scoring attack this week as Minnesota will play at Notre Dame on Wednesday, Dec. 4 at 7:00 p.m.