Some researchers feel the U ignored their input when deciding UMore’s future land use. 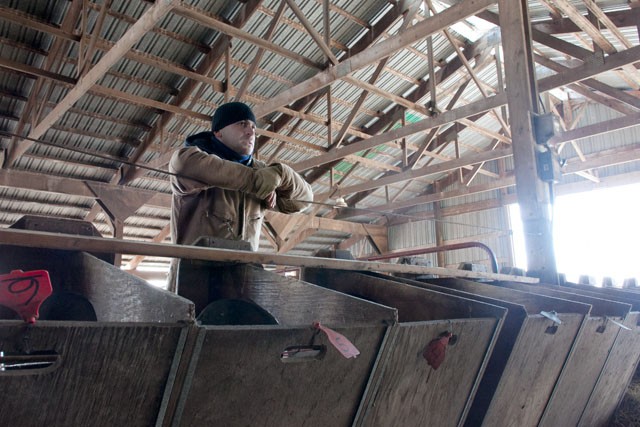 Dr. Alfredo DiCostanzo says heâÄôs been to the principalâÄôs office before, but heâÄôs not afraid to go back. DiCostanzo has been reprimanded for speaking out against the University of MinnesotaâÄôs plan to turn research land into a gravel mine. He isnâÄôt alone.
Many researchers feel that the University and the Board of Regents didnâÄôt consider the researchers in their decision making.
âÄúI donâÄôt believe that there has been as much consultation in terms of looking at the value that those research plots provide âÄî not only to us as individual faculty but to the state of Minnesota as a whole,âÄù said James Orf, a professor of agronomy and plant genetics.
The boardâÄôs decision to redevelop the land into a housing community and a gravel mine will cost many their research space.
In 2005, 51 agricultural and other research projects were conducted at UMore Park, a 5,000-acre Rosemount, Minn., plot owned by the University. Researchers like DiCostanzo and staff who work at the facilities will be forced to pack up their research and move starting this spring.
John Baker has been working studying soil and climate change on the UMore land for 10 years. HeâÄôs already started packing up and moving some of his research equipment. Fellow researcher Fred Hrbek will have years before he needs to relocate.
âÄúI feel like [the regents] werenâÄôt looking at the income that the station was generating, and they didnâÄôt look at the whole picture because the University wanted to push this through real quick,âÄù said Hrbek, who has worked at UMore for nearly 20 years.
Les Everett, coordinator for the Water Resource center, explained the anger from the researchers came from being ignored.
âÄú[University officials] just are ignoring that they are going to plow ahead with their mining,âÄù Everett said.
Most of the research is done on the western portion of the land while the eastern half has been left a wasteland because of possible contamination from a World War II munitions plant.
Robert Jones, senior vice president for system academic administration, said the University has avoided disrupting that area as discussions over cleanup issues with the federal government continue.
âÄúWe expected the deans and [College of Food, Agriculture and Natural Resource Sciences] to be representing the needs for research and education to the proper channels,âÄù DiCostanzo said. âÄúIt almost looks like they were either silenced or they were not really saying anything.âÄù
The University bought the UMore land from the federal government for $1 in 1947 with the agreement that the land be used for education and research for at least 30 years.
Those three decades came and went, and the land continued to be used for research. Some portions were leased and used as an airfield or by Minnesota State Colleges and Universities.
Now, the University is planning bigger things. Approved by the regents and University President Bob Bruininks, the land will be mined for gravel and sand and will become a housing community focused on sustainability.
The news took some by surprise.
âÄúWe had heard gradual rumblings for years, but we had originally understood that they would try to preserve the research core and conduct any initial mining on some of the unused lands,âÄù Baker said.
The plans began back in 2004 when Bruininks appointed a committee of administrators to study the academic and economic potential of the land.
Led by the UniversityâÄôs Vice President of Statewide Strategic Resource Development Charles Muscoplat, the committee recommended in a 2005 report that âÄúthe time has come for the University to move forward on a unique opportunity.âÄù
The board heard a proposal for the Master Plan, Governance Structure and Legacy Fund of the land in November 2008. Two years later, the board authorized a 40-year lease agreement for gravel mining.
Once the mining is finished, the housing development will be constructed. Although the current plan doesnâÄôt show land for research, Jones said there will be some room for research on UMore land in the future.
âÄúThe research land will not be lost, it just has to be relocated elsewhere,âÄù Jones said. A âÄúsubstantial portionâÄù of the land used by researchers will still be available for 10 to 12 years, he said.