University of Minnesota and Metro Transit officials are negotiating the costs of a free-fare zone between the East and West banks. 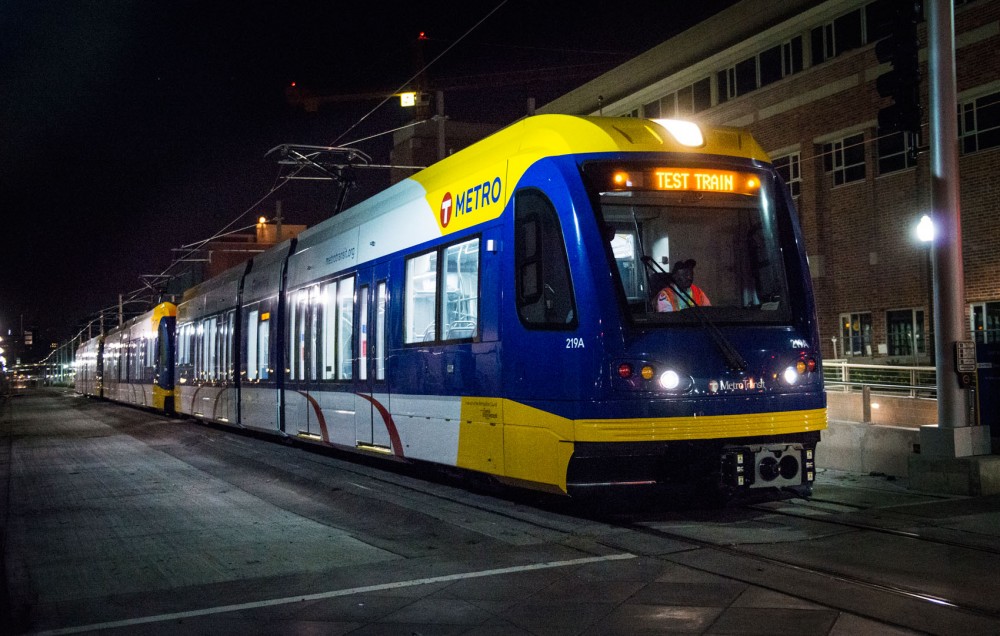 Overnight testing of Central Corridor light rail cars began this week on the western half of University Avenue. When finished, the project will link downtown St. Paul and downtown Minneapolis. The line is planned to open in mid-2014, before the Major League Baseball All-Star game at Target Field next July.

When the Central Corridor light rail begins running next year, it could be free for riders between certain parts of the University of Minnesota campus.

Officials from the University and Metro Transit are discussing the cost of a free-fare zone for light rail riders between West Bank and Stadium Village — an idea that started last fall.

Mike Schmit, president of the Minnesota Student Association, said the free-fare zone is still in the interest of the student government.

“The free-fare zone [issue] is in the same place as it was six months ago,” he said.

Metro Transit wants the University to compensate for the free zone, said David Busacker, who handles University transit issues as a member of MSA.

There is currently a free-fare zone between terminals at the Minneapolis-St. Paul International Airport on the Hiawatha light-rail line.

Construction for the light-rail is expected to be completed before mid-July next year, said spokeswoman Laura Baenen.