The findings from the study, which analyzed a certain butterfly species, could serve as a model for the ways climate change may impact other species. 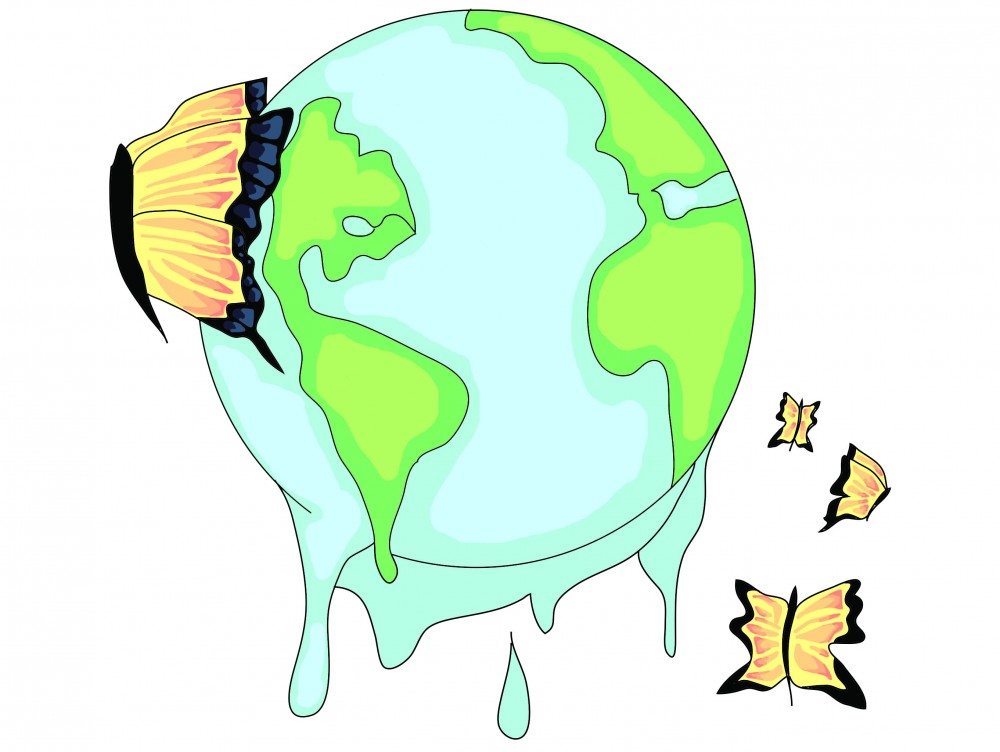 A new study from researchers at the University of Minnesota suggests changing climate conditions can influence both species distribution and the rate of evolution.

The study, published in the Proceedings of the National Academy of Sciences last month, found that the tiger swallowtail butterfly’s hybrid zone is shifting, and that the species isn’t undergoing normal evolutionary development due to climate change. These findings could serve as a model for other species impacted by climate change, researchers say.

The researchers looked at climate change data over the last 32 years within the butterfly’s hybrid zone, the region where two parent species mate to produce the tiger swallowtail butterfly hybrid. They also measured the variation of the hybrid zone’s location over time.

The center of the hybrid zone moved about 40 kilometers north during the 32-year period, at a rate of 1.25 kilometers per year, according to the study.

Researchers then compared DNA from modern-day butterflies to historic museum samples to understand how much their genomes have changed, said Institute on the Environment Director at the University and study author Jessica Hellmann.

They found that the species’ genome had not changed significantly over the last 32 years, she said.

Gene flow that produces hybrids is impacted by climate change and hybrid zone location, said Michael Pfrender, University of Notre Dame associate professor and study co-author. This study shows that climate change could have negative impacts on biodiversity, he said.

“A large part [of what] makes an ecosystem function is the players, so if their diversity decreases, it could have effects on the life of that ecosystem,” Pfrender said.

This research also emphasizes the importance of museum collections and archiving specific species while they are still around, said Sean Ryan, a study author from North Carolina State University.

“We study this in butterflies because people love butterflies. That means that we have museum specimens that give us a glimpse into the past,” Hellmann said.

Ryan said studies like these that involve long-term data collection and modeling allow researchers to take advantage of the “global science experiment” that is global warming.

“Climate is changing all over the world, and we have to rapidly come to terms with the impacts of this change, including how it affects where species live and how they evolve and change,” Hellmann said.

The researchers said they hope the findings of the study give incentive for conservation groups to examine the power of climate change in other hybrid zones and its possible ecological repercussions.

“If climate change keeps up, we might have to intervene if we want to keep the status quo,” Pfrender said.

However, interventions are difficult because experts don’t know if they’ll be effective or how to perform them in the most effective ways, he said.

“We continue to use butterflies as sentinels for studying how climate change is molding and changing processes in nature, and strategies that will reduce negative impacts where [changes] occur. Living with climate change … will be a dominant theme for the next decades,” Hellmann said. “There is much work to do.”