A preparatory guide for the conspiracy theorist in you 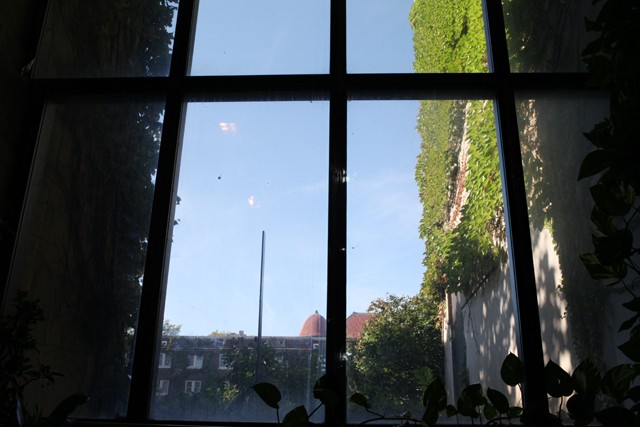 Plants grow Monday along the walls of the Bell Museum of Natural History’s arboretum.

For the past few years, consumers have been inundated with advertising about sustainability and green living. They’ve also constantly heard about the wars in Iraq and Afghanistan, the fact that peak oil was in the ’70s and that BP has ruined oceanfront property for years to come. The link between these two realms is made by one thread in particular recently: catastrophic preparedness — both personally and by creating a safe haven that can operate off the grid at any moment.

“The Colony” and “The Road” — among other recent media — have showcased post-apocalyptic talents ranging from making biodiesel out of pig fat to fashioning weapons to protect against cannibals. But the biggest looming struggle is to fashion a fortress that will sustain its inhabitants in a calamitous landscape.

“There is relatively little [architecture of this type in Minneapolis],” said University of Minnesota College of Design Dean Tom Fisher. “That is probably true of most urban areas around the globe.”

So far, there are trends in this realm of architecture in high-hazard areas such as New Orleans or along the California coast, but there have also been structures built by individuals who live “off the grid,” which Fisher said, “enables them to continue to function regardless of what happens in the larger world.”

Some of the most sustainable homes in the United States, such as the Codding Cottage in Florida and The Casey in Oregon, include features that would come in handy should they ever be stranded in a post-apocalyptic landscape. With impact-resistant windows, rain water cisterns and solar panels, these buildings generate consistent renewable resources that let the Y2K generation rest easy.

Basement breweries have been brought up recently as a more enjoyable “survival” strategy. Containing about 160 calories per 12-ounce serving, beer will provide about 160 more calories than water while you’re waiting for radiation levels to drop.

Not only will you get those extra calories, but you can potentially drown those sorrows instead of anxiously awaiting an imminent end.

Food is an important tool for survival as well, and beer won’t sustain you for long. It seems as though Baldasare Forestiere had the right idea when he created the Forestiere Underground Gardens between 1906 and 1946. The subterranean oasis houses various fruits, vegetables and inedible plants — even a small pond. The Fresno, Calif., destination is a model well worth utilizing.

Underground housing, such as bunkers, have become a popular part of home design since the Cold War, though Fisher warns against dependence on this style.

“[Underground houses] have many benefits environmentally and structurally … but it turns out that many below-grade buildings are not as pleasant for people to live or work in for long periods of time,” Fisher said.

So if a bunker is desired, it’s best to make it more than just steel and concrete.

All said, even if that giant asteroid doesn’t destroy us all, at least there’ll be a homebrew to enjoy.