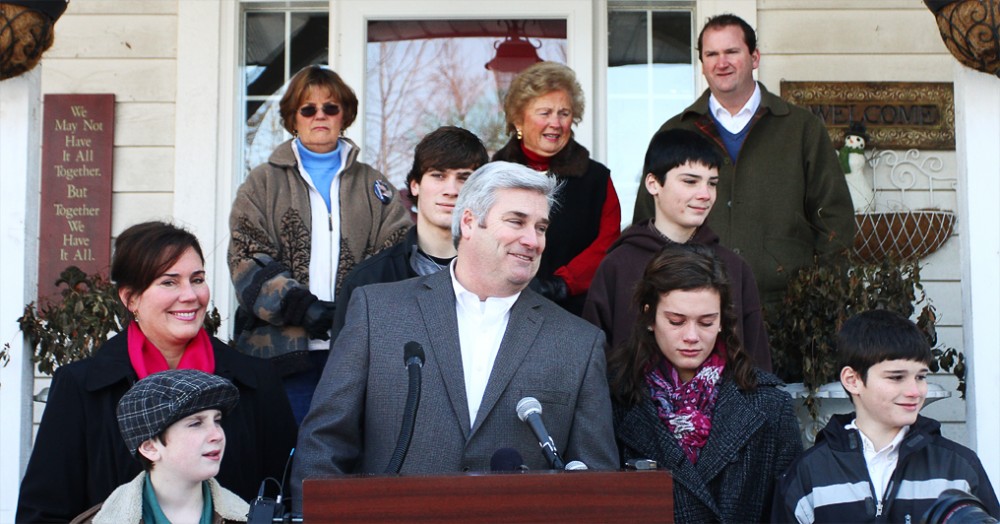 Emmer, who trailed Dayton by nearly 9,000 votes following Election Night, dropped out before the stateâÄôs automatic recount had officially run its course.

After more than 16 months of campaigning, Emmer said enough is enough. He stood in front of his home, surrounded by tearful family members, and ended his bid.

âÄúWhere we sit today, itâÄôs time to realize the next governor of the state of Minnesota is Mark Dayton,âÄù he said.

The self-styled âÄúcommon sense conservativeâÄù said he is proud to have brought a message of limited government and fiscal responsibility to Minnesotans.

Emmer raised questions about the stateâÄôs voting process during the recount, going as far as bringing a petition before the Minnesota Supreme Court, which ultimately denied his request.

The Court released an opinion Tuesday limiting EmmerâÄôs options in filing a lawsuit to contest the election. They ultimately denied his request to ensure the number of voters matched the number of ballots cast. The former state representative said he was waiting on the opinion before making any future plans.

During the recount, Emmer stressed the importance of letting the process run its course, despite facing nearly insurmountable odds.

Now, he is “satisfiedâÄù with the legal process that ultimately brought about his concession, Emmer said.

ItâÄôs imperative that the next governor work with incoming lawmakers to face the steep slate of problems facing the state, he said.

Emmer spoke with Dayton on the phone earlier in the morning, and called the former U.S. Senator a âÄúgentleman.âÄù

Dayton will hold a press event later this afternoon. He is the first DFL governor elected in 24 years.

The future is uncertain for Emmer, though he said he would focus on election reform, including support for voter photo identification.

But he was coy about his plans for future office, deflecting questions in his usual joking manner.

Despite some indication the Minnesota Republican Party was running the recount show, Emmer said he made the decision to concede with family.

âÄúToday is about closure,” Emmer said. “This chapter closes and the next chapter begins.”