Chicago’s art scene is neglected no more thanks to new exhibit. 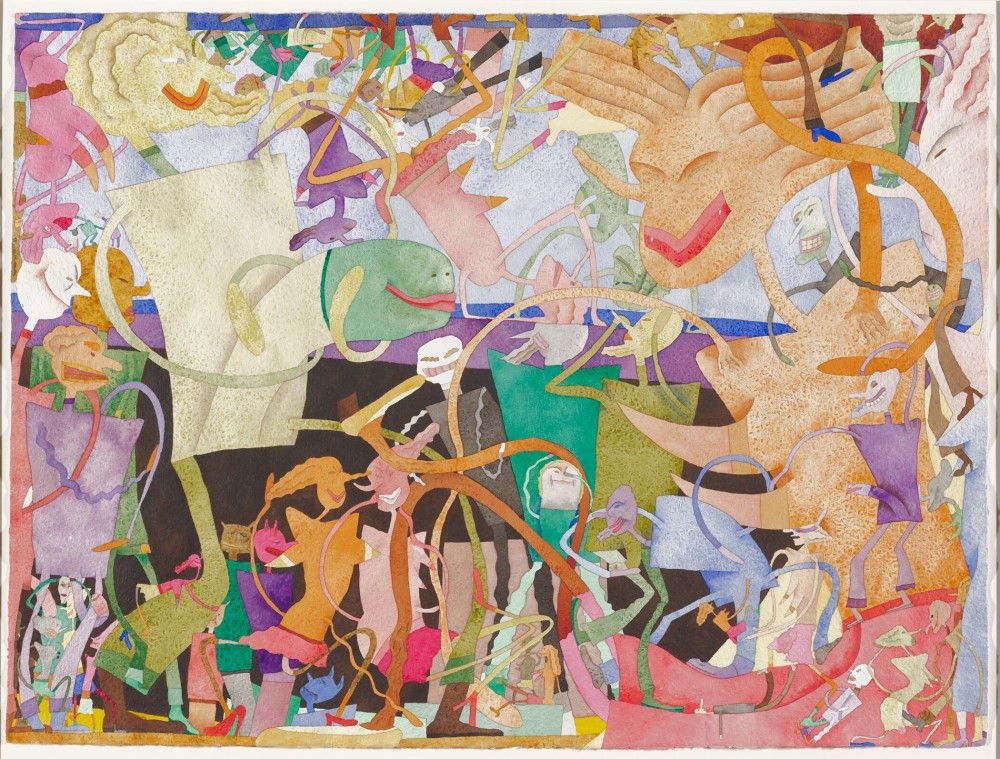 Courtesy of Minneapolis Institute of Arts

The painting, "Jardin Man," 1970, by Gladys Nilsson, is displayed at the Minneapolis Institute of Arts' exhibit, "Art from Chicago."

As the Patrick and Aimee Butler Curator of Paintings at the Minneapolis Institute of Art, creating an exhibit championing artists from Chicago had been on Robert Cozzolino’s mind for a long time.

A native of the windy city, Cozzolino said he first discovered the world of Chicago art in high school during a field trip to the Art Institute of Chicago.

“I came into this room that had a huge number of works by this artist named Ivan Albright on view. I had never seen anybody make paintings that looked like his,” Cozzolino said. “I couldn’t tell how they were made. They were utterly mysterious. … I think that sort of feeling of not really understanding things and being fascinated is something that I’ve tried to recapture over and over again.”

This love for Chicago’s unique art scene, which Cozzolino describes as “alternative,” is what inspired Mia’s new exhibit, “Art from Chicago.” The exhibit opened in the museum’s Cargill Gallery on Aug. 25.

The gallery space, located on the first floor opposite the cafe, is smaller than others at Mia. It was purposefully chosen as the intimate setting for the exhibit’s 30 art pieces.

A constant goal of Cozzolino’s is to showcase art from broader perspectives. He said he believes the intense focus on New York City’s art scene has often left Chicago on the sidelines. Cozzolino also strives to include a more diverse array of work from women and people of color in the galleries he curates.

“Mia’s collection needs a lot more work by women, and I’m very much interested in building a feminist collection here. The more diverse styles and approaches and ways of thinking about imagery and the world that we can present to [our audience], the better,” he said.

“Art from Chicago” features works dating from around the 1940s through the 1980s. When you walk into the gallery, Roger Brown’s 1971 work, “Skyscraper,” is in full view. According to Cozzolino, Brown’s primary influences included comic books, film noir and his Chicago neighborhood. All three can be found in “Skyscraper,” which illustrates a tall, art deco building at night with all its lights on.

Through the building’s windows, you can see black silhouettes of people in addition to spotlighted empty beds and bags of money. “I like the symmetry and I like the use of color — especially on the right side of the building. It makes it seem almost 3D,” said Bronte Stewart-New, a staff member at the University of Minnesota’s Aurora Center.

Another standout is Wadsworth Jarrell’s 1972 screenprint, “Revolutionary (Angela Davis),” a portrait of the political activist bursting with color. Upon closer look, the piece features quotes from Davis that combine to create her image.

“I like this one a lot,” said museum-goer Joshua Edwards. “I love all of the words [Jarrell] used to describe being black.”

Suellen Rocca’s “Ring Girl” (1965) is what Cozzolino described as surrealism, deliberately going against the grain of past artists’ styles.

In the late 1960s, Rocca was one of two female artists who participated in the Chicago-based exhibition group the Hairy Who, a group created by six artists who rejected mainstream galleries in favor of creating their own.

Karl Wirsum, another member of the Hairy Who project, has a work titled “Streetwalker” (1984) featured in the exhibit. Wirsum was influenced by blues clubs and music in Chicago, and “Streetwalker” exudes movement.

Cozzolino said he wonders if Wirsum was trying to evoke supermodel Grace Jones in his work.

However, one museum visitor had a different interpretation. “Immediately when I look at it I’m reminded of a character from Powerpuff Girls,” said Bayliss Hall.

Though visitors may be more familiar with Monet and Van Gogh than with Brown, Jarrell, Rocca or Wirsum, Cozzolino said he hopes museum-goers viewing “Art from Chicago” will “get excited about artists they haven’t heard of before.”

“I feel very strongly that Chicago’s art history has been overlooked,” Cozzolino said.

What: “Art from Chicago”
When: Aug. 25 – Jan. 6
Where: Minneapolis Institute of Art’s Cargill Gallery
Cost: Free