And you don’t stop, for hunger. 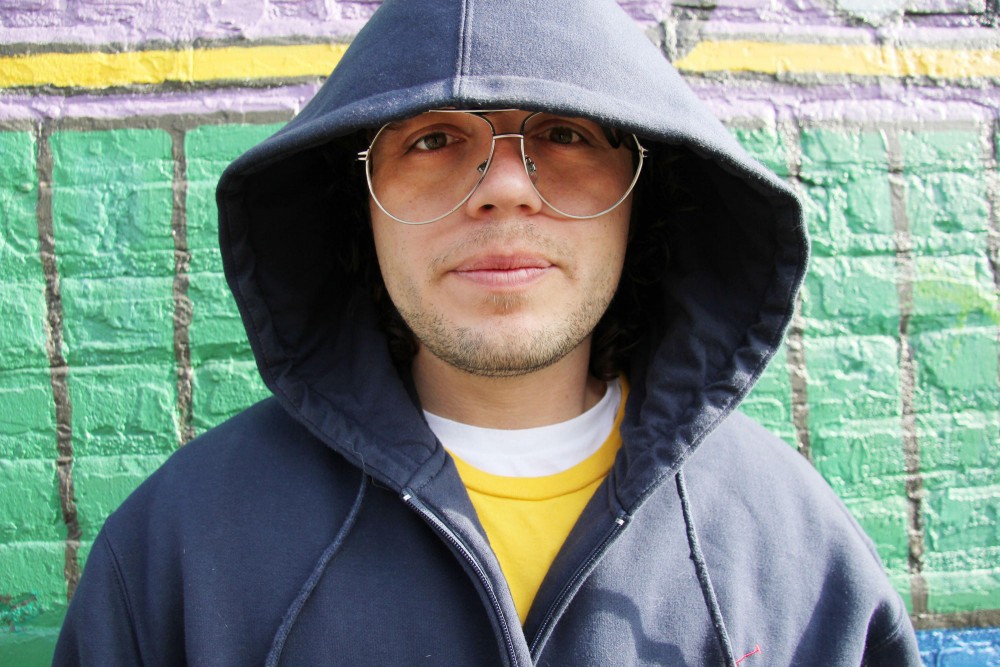 Aquafresh has a tattoo that says, âÄúDONâÄôT FALL IN LOVE.âÄù

TonightâÄôs crowd at the Cabooze might catch a glimpse of it on his forearm when they see the local hip-hop artist performing at the charity concert, âÄúHip-Hop for Hunger.âÄù And given his goofy sense of humor, they might break his rule and fall in love.

The Colombia-born, Minneapolis-raised hip-hop artist known exclusively as Aquafresh will set the stage for Brooklyn-sprung rapper Joell Ortiz, whose arrival in Minneapolis comes hot on the heels of a recording stint with Eminem in Detroit.

âÄúJoell Ortiz is super unique. HeâÄôs one of the actual last metaphor rhymers in the industry,âÄù said Aquafresh, who will be the last performer before Ortiz tonight.

Aquafresh started performing in Minneapolis in 2007. Before that, he set up poetry jams for his fellow inmates while serving a sentence for possession.

âÄúPeople read sad love letters to their girlfriends. Some people would rap and beat on their chests,âÄù said Aquafresh, who wears glasses with the lenses punched out.

Aquafresh worked with Mike the Martyr on his newest release, âÄúIn Search of the Wonderous Punch.âÄù On the CDâÄôs cover, Aquafresh and Mike the Martyr lean on the wall of UptownâÄôs Red Dragon. Aquafresh, who is only 26, said he grew up listening to salsa music and the Wu-Tang Clan.

âÄúIâÄôve always been a hip-hop head, ever since I was a kid,âÄù he said.

While Slaughterhouse member Ortiz has been working it out in the studio with the Real Slim Shady, the best friends behind K and B Promotions have been corralling artists to perform before him at a Live Aid-like benefit for MinnesotaâÄôs hungry. Justin Bumgardner and his business partner Rick Kocourek want people to bring in food donations for Hunger Solutions, a nonprofit in St. Paul.

âÄúItâÄôs really hard to get people to think about helping other people out when right now, everybody kind of needs help,âÄù Bumgardner said.

Bumgardner has put together a concert that belongs on the calendars of those cursed with short attention spans: From the moment the doors open at 9 p.m. until the eventâÄôs finish at 2 a.m., the show will keep even the most goldfish-like among us satisfied with a variety of acts and a raffle for people who donate food.

âÄúMy main goal out of all of this is to get people to bring a food donation to this concert,âÄù Bumgardner said.

And Joell Ortiz is the main event âÄî thatâÄôs obvious, especially if youâÄôve seen his face emblazoned on the posters hung up all over the University of Minnesota area.

But Aquafresh and Mike the Martyr are enough to draw crowds in their own right. Same thing goes for Carnage the Executioner, who will host âÄî heâÄôs a St. Louis Park hip-hop artist fond of layering and looping his beat boxing. Before the show even starts, a freestyle crew presented by Rapfam will warm crowds up. TheyâÄôll see Absent, the 2008 winner of the Twin Cities Hip-Hop AwardsâÄò best white rapper award. DJ D.mil, Cherry Sky Studios, Conflict of Interest and fresh-faced duo Kids Like Us will also take a turn.

Throughout the night, Anna Hoover will create her hip-hop-inspired art. Under the moniker AnnaBOMBart, Hoover slaps together musical iconography, graffiti-like text and neon hues.

This wasnâÄôt a one-man effort âÄî Bumgardner reached out to a multitude of nonprofits and businesses, ending up with sponsorships from the Fifth Element and Hunger Solutions. He has set up food drives at clothing stores all over the Twin Cities.

Bumgardner originally tried to enlist the help of the Salvation Army. Although the folks at the Christian organization liked the idea, they didnâÄôt want to be represented by an artist with such strong Marshall Mathers connections. So theyintroduced Bumgardner to Hunger Solutions âÄî that organization will ensure that the food people donate at the Cabooze tonight will go to those in need before Thanksgiving.

Bumgardner said he wants to keep doing concerts for causes. HeâÄôs got his sights set on raising school supplies next fall and doing a second âÄúHip-Hop for Hunger,âÄù with stronger corporate sponsorship and a bigger budget. HeâÄôs got the same date booked for next year.