Liam Robbins and Both Gach will need to receive waivers from the NCAA to play for Minnesota next season. 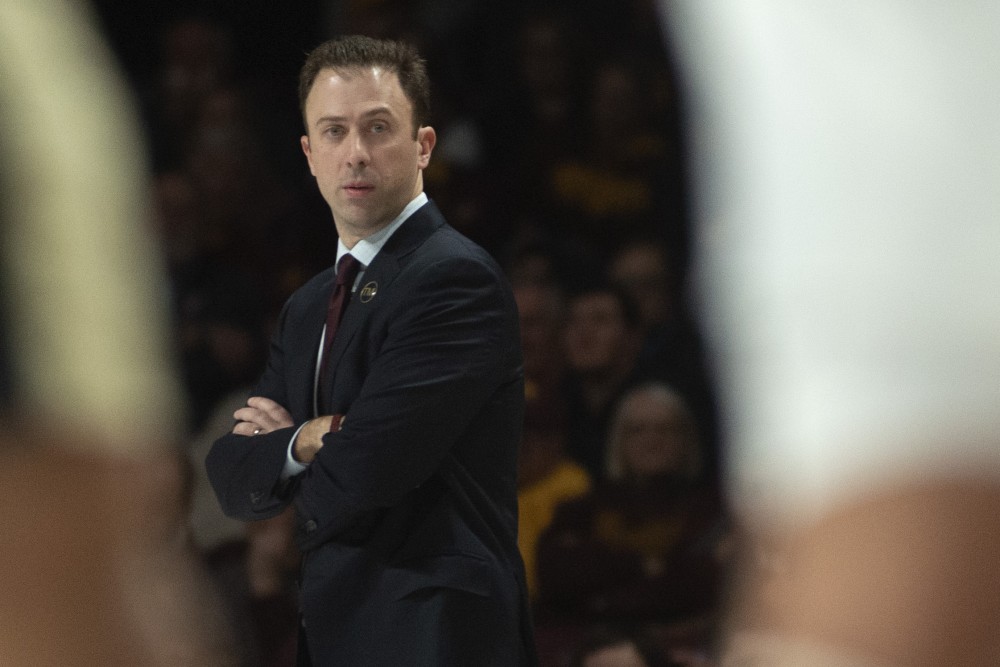 Following three busy months of roster turnover, it appears the roster for the Gophers men’s basketball team for the 2020-21 season is now set. While it is known who will be part of the team, who will be eligible to play remains to be determined.

Expectations for the Gophers may not become clear until this fall as the season approaches. That is primarily due to the uncertainty whether transfers Both Gach and Liam Robbins will receive waivers from the NCAA to become immediately eligible this upcoming season.

“We’re looking into that with Liam,” head coach Richard Pitino said after Robbins signed with the Gophers. “It’s certainly something that we will be aggressive with.”

Gach and Robbins come to Minnesota from Utah and Drake respectively, each with two years of eligibility remaining. According to NCAA rules, transfers may only become eligible if they meet certain criteria. Otherwise, they must obtain a waiver from the NCAA.

In college basketball, the amount of players seeking such waivers has become increasingly common in recent years. According to the Associated Press, 30 men’s basketball players sought waivers in 2017-18. That number jumped to 79 in 2018-19, while the percentage of waivers approved fell from 80% to 56%. According to Stadium’s Jeff Goodman, the number of men’s basketball players seeking waivers spiked to approximately 120 last season.

“It’s no longer about this four-year process,” Pitino said of the increased prevalence of transfers. “They want to see where they fit in on your roster now.”

Earlier in the offseason, the Gophers hoped Robbins would not need a waiver to become eligible as the NCAA considered adopting a one-time transfer exception that would allow all men’s basketball transfers to become immediately eligible. That policy, however, will not take effect until the 2021-22 season at earliest.

“Whenever they vote on this new rule for one-time transfers, that changes the whole scope of everything for everybody in college basketball,” Pitino said. “I don’t think it’s a matter of if it happens but of when it happens.”

With Gach announcing his decision to transfer to Minnesota earlier this month, the Gophers now have two potential starters seeking waivers. Robbins and Gach have both drawn praise as players who have professional potential, with Gach declaring for the NBA draft earlier this offseason before withdrawing his name.

Minnesota is familiar with the immediate eligibility waiver, with a notable example coming before the 2018-19 season when guard Marcus Carr had his waiver denied by the NCAA after transferring from Pittsburgh. Carr, who averaged 15.4 points and 6.7 assists in 2019-20, would have given the 2018-19 roster a much-needed boost at point guard, adding another backcourt threat to a team that won an NCAA tournament game. Instead, he was forced to sit out the season.

“For me, the challenge has been who to take right now and almost guessing who will get a waiver and who is not,” Pitino said. “Reasonable minds would have said Marcus Carr should have gotten a waiver when his coach and coaching staff got fired. They didn’t give it to him.”

With Carr currently declared for the NBA draft and the deadline for players with remaining eligibility to withdraw pushed back to October 16 due to the COVID-19 pandemic, it is still possible that up to three of Minnesota’s projected starters will not actually suit up for the maroon and gold in 2020-21.

For Gach and Robbins, the Gophers remain optimistic that the NCAA will approve their waivers. Perhaps helping their cases are their ties, both local and to the program. Gach is a native of Austin, Minnesota, while Robbins is the nephew of Gophers’ associate head coach, Ed Conroy.

Because the NCAA considers each waiver claim on an individual basis, the exact reasons waivers are approved or denied remain largely unknown. This ambiguity has led to criticism of the NCAA’s current process and set in motion the talks to implement a one-time transfer exception.

“I think it’s very important for college basketball to evolve,” Pitino said. “And I think the way you do that is by giving players more freedom to be able to do things.”

However, with at least one more season of transfer waivers in their current form, expectations for Minnesota this season will hinge on whether Robbins and Gach are declared eligible. If able to play, they will provide the Gophers with renewed hope that the team can return to the NCAA tournament.