This week in movies: ‘Beautiful Boy’ and ‘Mid90s’ 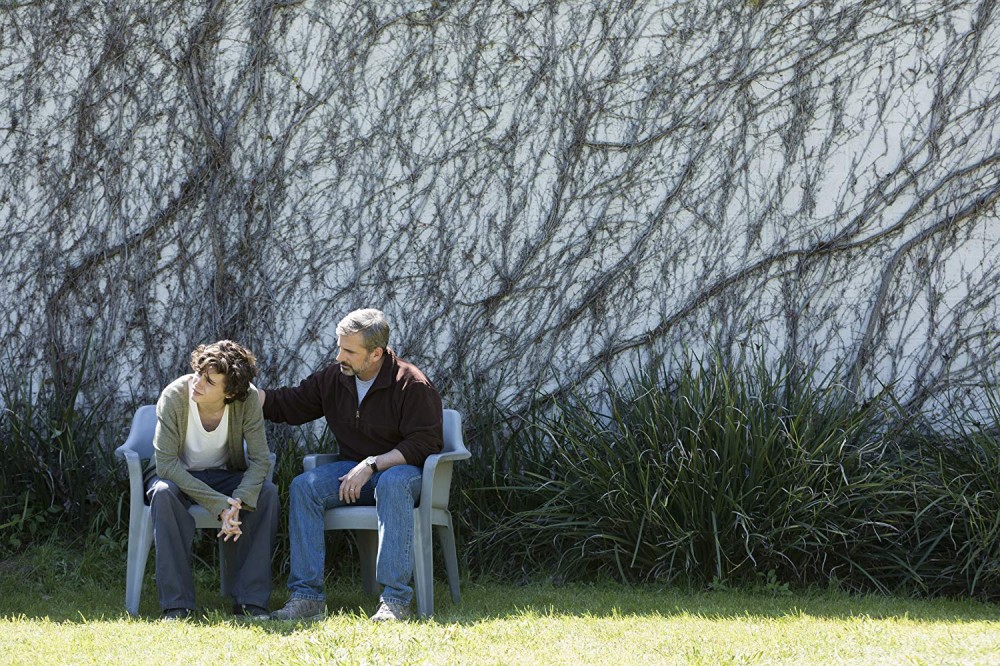 The father-son duo is played by Steve Carell and Timothée Chalamet. Both actors give excellent performances, especially in their scenes together.

Chalamet bases his performance in charm, from genuine joy for his family to manipulation to get what he wants. Carell is persistent in his need to understand what is happening to his son. Through layered storytelling with occasional flashbacks, we get a narrow but well-curated glimpse into their relationship.

Director Felix Van Groeningen’s circuitous storytelling is deeply successful. Though confusing at moments, it steeps the viewer in the cyclical nature of Nic’s recovery. We frequently return to the same, crucial locations in his life — the beach, David’s home, a cafe — to witness the changes that unfold between the characters. This decision to loop back-and-forth between present and past also emphasizes that “Beautiful Boy” is based on two memoirs, written separately by Nic and David. We’re supposed to be watching multiple stories at once.

Somehow in this layering, we get too steeped in the emotional intensity of the conflict. We know Nic has an addiction mostly because he likes the feeling of being on drugs. Certain scenes are heart-wrenching, but rarely resolved — both factors are likely true to Nic’s struggle with addiction. But because we’re dropped somewhere in the middle of this conflict, it’s easy to want to understand the world that Nic lives in more deeply.

Instead, Van Groeningen spends more time building the lush visuals of “Beautiful Boy.” The Sheff family lives in an airy, sprawling home in California — it’s implied they’re wealthy. Long, rich montages are underscored by an emotional soundtrack, but are occasionally too decadent or on-the-nose.

Van Groeningen’s layering of cyclical emotion and visual beauty is enticing and sometimes too easy to lean into. It’s natural to leave wanting a little more — a deeper context to make it easier to understand the emotion looping onscreen. Another A24-produced coming-of-age story, “Mid90s” is Jonah Hill’s directorial debut. As a director, Hill relies on mood and tone to recreate the skateboarding world of mid-’90s Los Angeles. Not one costume, song or pop culture icon seems out-of-place, because there’s just too much of it for anything to be an after-thought.

Enter Stevie (Sunny Suljic), Hill’s young protagonist desperate to fit in. In the opening scene, he sneaks into his older brother Ian’s (Lucas Hedges) room to try on his hats and look at his music. Eventually, he stumbles across a group of skateboarders, led by Ray, a talented skater who wants to make it big. Stevie is the youngest and, like a sponge, soaks up whatever the older kids say.

Hill’s script tiptoes through various conflicts — all of which could be interesting — but never really makes a statement about any of them. Stevie stumbles through a series of first encounters with adulthood (drugs, alcohol, women) at a young age. He bonds with Ray, who is played with deep emotional intensity and understanding by Na-kel Smith. Then, there’s his little-developed home life — the violent but clearly struggling older brother and a single mother (Katherine Waterston) who gets trampled by Stevie and his taunting friends.

By drifting through a series of compelling but underdeveloped conflicts, Hill allows the mood of his film to get ahead of logic and conclusion. Casual racism, sexism and homophobia slip by, and characters have only shadows of interiority. The only things holding “Mid90s” together are Hill’s almost-obsessive world-building and Stevie’s wide, beaming smile, but those aren’t enough to make a movie.