Season continues to slip with upset loss at home

Minnesota lost to Northwestern as Rachel Banham struggled to stay on the floor with foul trouble. 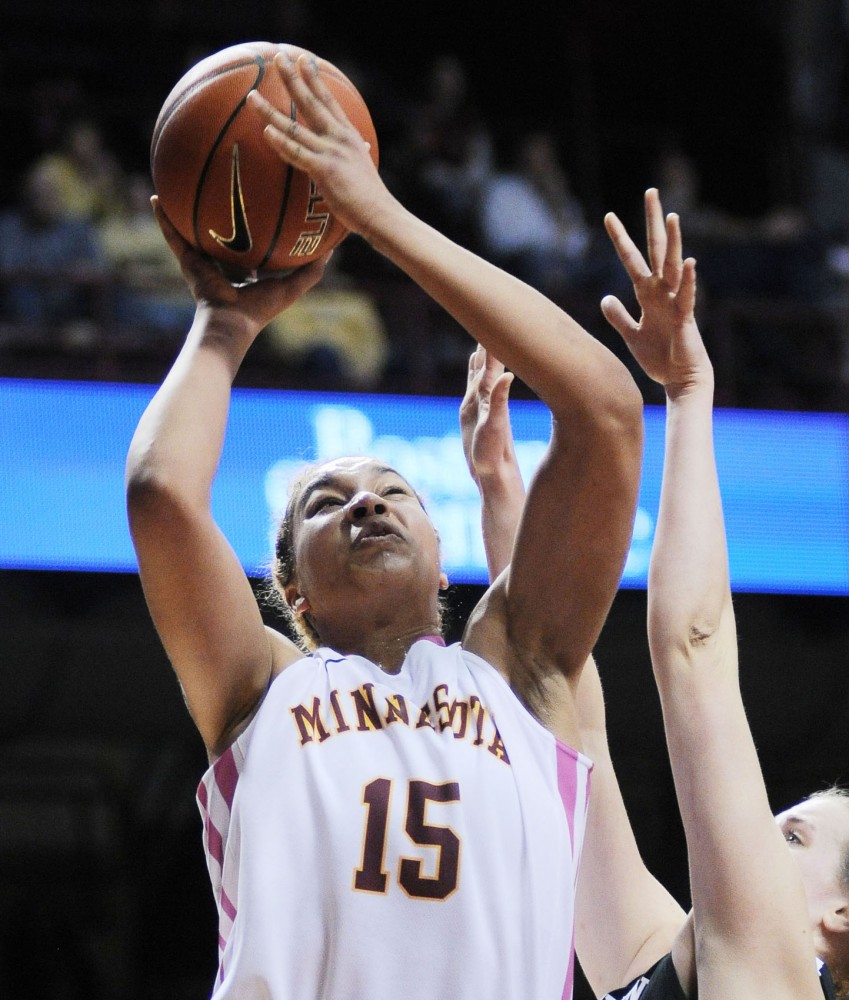 Rachel Banham has carried the Gophers women’s basketball team to plenty of wins in her first two years on campus.

On Sunday, though, she was forced to watch from the bench while Northwestern dominated the most crucial stretch of the game.

Minnesota fell to Northwestern 70-63 at Williams Arena and dropped to 4-8 in the Big Ten with four conference games left.

The Gophers have dropped seven of their past nine games.

Banham, who led Minnesota with 19 points, was plagued with foul trouble all game. She picked up her fourth foul midway through the second half and was forced to sit out a key stretch, during which the Wildcats went on an 8-0 run.

“I just played dumb — really stupid fouls,” she said. “I just have to play smarter than that.”

Minnesota’s offense went stagnant without Banham on the floor, and possessions ended in long jumpers and turnovers. At one point in the second half, the Gophers went nearly six minutes without scoring.

“We needed some other people to step up and really hold the fort down for a few minutes,” Minnesota head coach Pam Borton said.

Minnesota has struggled to find another consistent scoring option alongside Banham all season.

On Sunday, forward-center MicaÃ«lla RichÃ© scored 17 points on 6-for-10 shooting, and guard Sari Noga added 12, all on three-pointers. But without Banham, neither could stop the bleeding in crunch time.

RichÃ© was effective in the post, but the Gophers’ guards had trouble feeding her down low. Borton said her team needs to improve at making entry passes.

“She’s our go-to player inside,” Borton said of RichÃ©. “We didn’t get her as many touches as we wanted to during the game.”

The Gophers trailed by eight points with 4:51 remaining when Banham checked back in. Both squads exchanged buckets and free throws, and Banham hit a long three-pointer to cut Northwestern’s lead to three with 42 seconds left.

Minnesota could’ve played defense for the duration of the 30-second shot clock and hoped for a turnover or a missed shot, but forward Kionna Kellogg intentionally fouled a Northwestern player.

She split the free throws to make it a two-possession game, and Banham missed a three-pointer on the Gophers’ next possession, essentially ending the comeback.

The Wildcats switched up defenses throughout the game, at times guarding Banham with a box-and-one and denying her the ball.

The Gophers looked great early. Noga made a trio of three-pointers in the game’s opening minutes, and Minnesota took its biggest lead of the game at 12-5.

But Banham picked up her second foul eight minutes into the first half and sat for the next 3 1/2 minutes, allowing Northwestern to settle down and get back in the game.