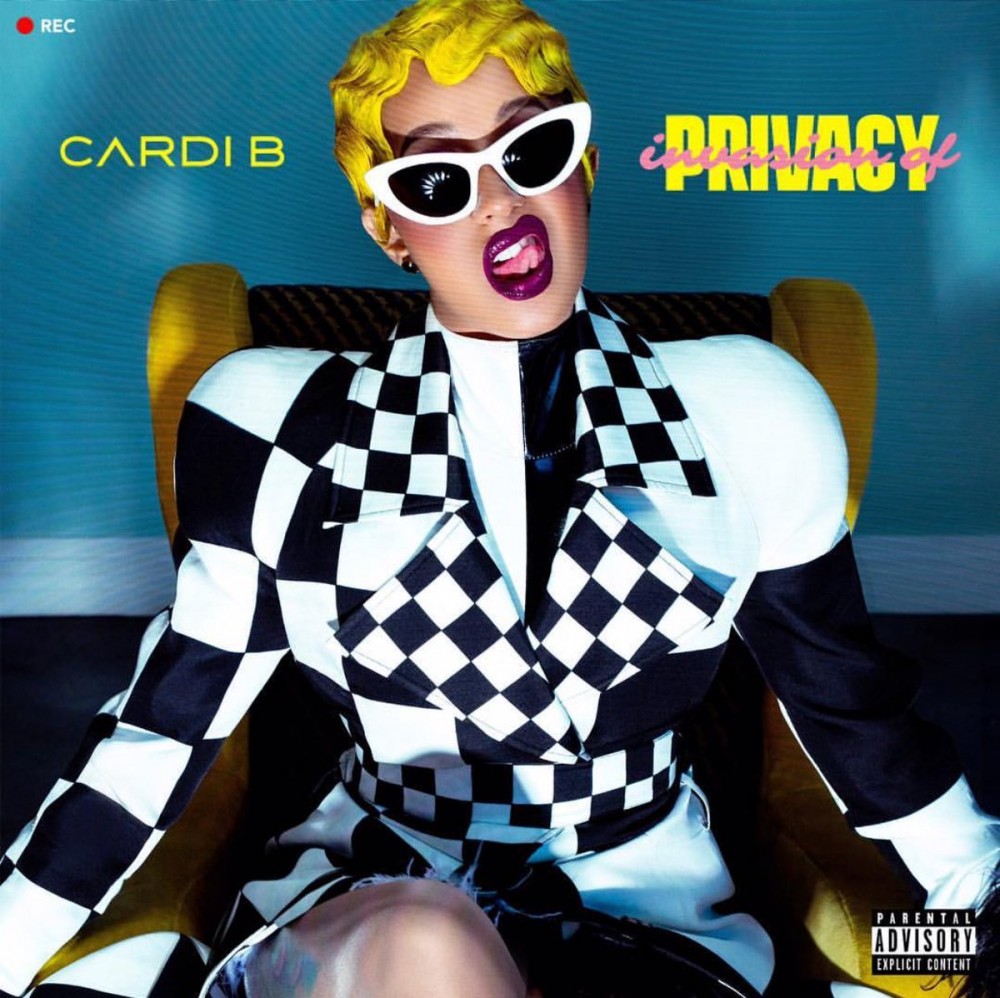 Released Friday, Cardi B’s debut album “Invasion of Privacy” is racing to the number one debut slot on Billboard’s 200 chart.

If this happens, she’ll be the first female rap artist to snag the spot since 2012, and one of just five overall.

The placement makes sense. Having spent only 10 months in the mainstage spotlight, Cardi B has already inserted herself into our public consciousness.

And it’s easy to chalk her up to passing fad. She makes a great headline and is always one to provide a viral interview clip.

With “Invasion of Privacy,” quote-hungry fans are satisfied right off the bat. The album starts strong with “Get Up 10,” an autobiographical look into the proud stripper-turned-superstar’s background.

And if we bite, we’re more than rewarded with a wealth of information. The gal has no filter — on her mouth or on her selfies.

“Went from makin’ tuna sandwiches to makin’ the news [ … ] real bitch, only thing fake is the boobs,” she raps.

Except the butt is fake too, she said. It’s not like we weren’t curious.

With about half its songs featuring another artist, the album’s flow is perfectly curated. Cardi’s voice isn’t great when she takes on the hooks, but she does it so rarely that when it happens it’s endearing.

Such is the case with “Be Careful,” the final single released before the album’s debut. Always one for a biting line, Cardi goes soft in the song’s chorus, warning someone to be careful with her fragile heart. The youthful sound of her voice is sweet and — surprise! — relatable.

Then we have the features. With perfectly matched cool-girl vocals and lyrics, “Ring” with Kehlani is the perfect Friday-night-getting-ready groove. Great on first listen, it gets better with each revisit.

The album’s finale, “I Do” with SZA, will fit on the pregame playlist too. Though Cardi is engaged, the song is not even a little bit about a wedding day. “I do what I like, I do, I do,” SZA repeats.

But love does come into play, and its connection isn’t always great for the artist. The album’s second song, “Drip,” features Migos — which means the addition of Cardi’s fiancé, Offset, to her creative universe.

He comes in too early and is only offered one verse, though. It feels like Cardi is the feature in her own song.

While a number of lyrics would make for a great statement tee, it feels nice knowing Cardi probably didn’t formulate them with a monetary agenda.

There’s no doubt female empowerment is selling, but Cardi’s self-love is what she knows and believes. The stacks are just a plus.

Oh, “Bodak Yellow” and “Bartier Cardi” are on the album too.

They still hold up.