The advertisements were for the Athletics Department and part of large ad buy through Google. 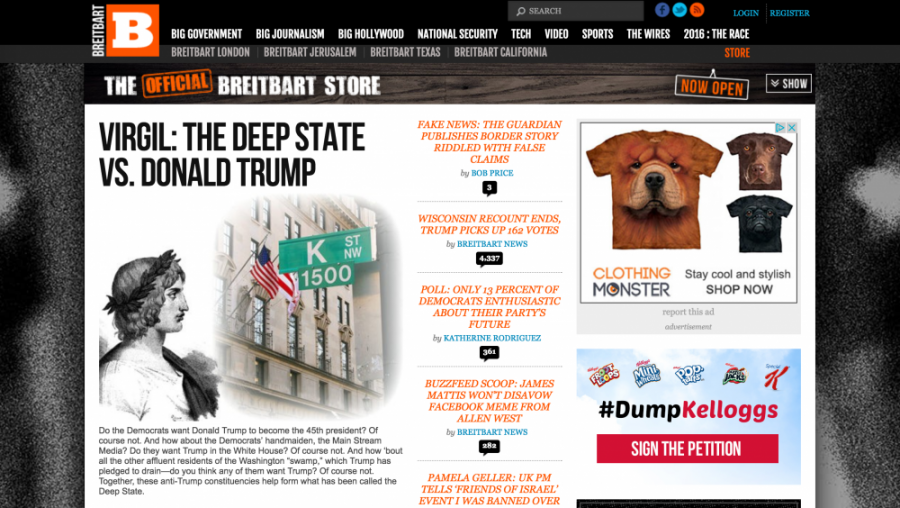 A screenshot of breitbart.com from Monday, Nov. 12.

After receiving complaints last week, the University of Minnesota said Monday it pulled advertisements with Breitbart News, a right-wing news and opinion website.

The University removed the advertisements from Breitbart News while it requested more information about the ads after a small number of people complained about them to the University.

The online news site has sparked controversy surrounding ties to the alt-right movement and President-elect Donald Trump’s campaign. Other companies have also recently pulled ads from the site.

Breitbart’s CEO Steve Bannon was the executive chairman for the Trump campaign. Trump’s decision to appoint Bannon as his chief strategist has also drawn controversy in recent weeks.

The University community has interacted with Breitbart before. Last year, some students protested when Students for a Conservative Voice hosted Breitbart’s tech editor, Milo Yiannopoulos, for a speaking event met by protesters.

“Given the national conversation and controversy around this publication, Gopher Athletics requested that the media buyer pull the ad while we learned more and we shared that initial response with those who had contacted us,” the University said in a statement.

“The ads follow internet users with certain demographic characteristics determined to be in the target market,” the statement said. “Thus, neither the University nor Gopher Athletics made a proactive decision to advertise on Breitbart News.”