After closing its West Bank location, the restaurant opened Monday in Stadium Village. 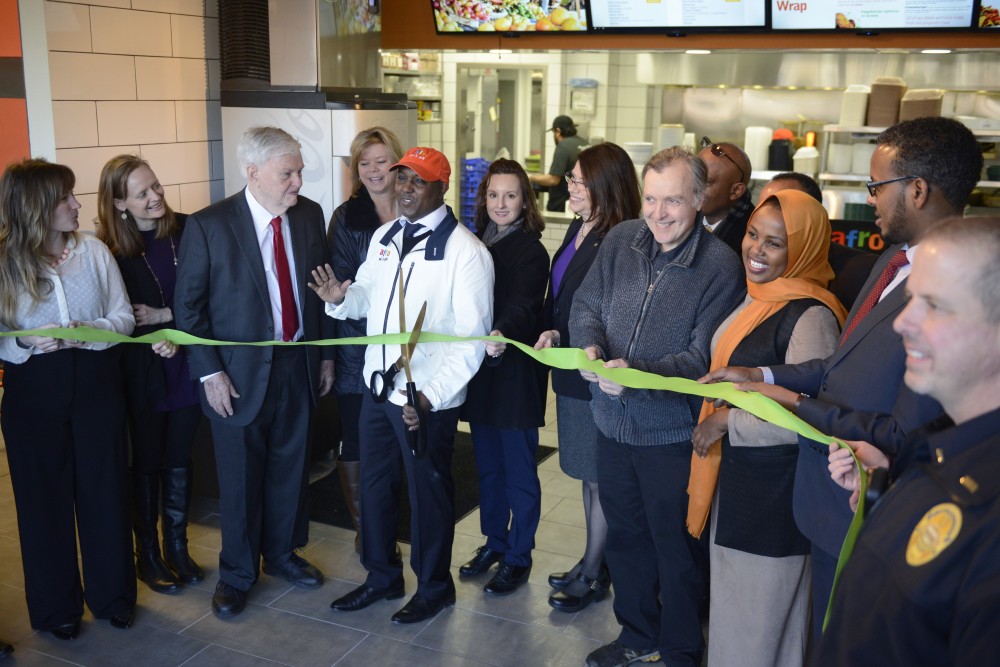 After tensions with the African Development Center — the deli’s former building owner — Afro Deli owner Abdirahman Kahin said he is excited to open up the new location, a former Dairy Queen storefront, and return to business as usual.

“We hit a homerun”, said Kahin. “We are delighted to be a part of the East Bank community.”

Even though Stadium Village is saturated with restaurants, Kahin said that he and his colleagues aren’t worried about the competition.

The new Stadium Village Afro Deli is bigger than the old location, at 2,000 square feet, compared to 800 at the former restaurant.

On opening day, the extra space was welcome as the line to check out was wrapping around the entirety of the restaurant’s interior. Both loyal customers and first-timers came to celebrate the grand opening of the eatery.

“The food is great and I really like the fusion-type dishes they have, along with a combination of others,” said a relatively-new fan of the restaurant, graduate student David Goldfeld.

“It’s a meal people can’t get anywhere else. And it’s so uniquely Minneapolis that one would be hard-pressed to find something similar,” Arnold said

The Somali steak sandwich — a sandwich with peppers and East African spices — was a popular choice. And the first 500 customers were given a free sambusa of their choice.

The idea for the original restaurant came from a simple observation, said Kahin.

“I saw the demand for African food. There were a lot of African Somalian restaurants but they never opened to the mainstream … so I said why not make African food available like this for everyone.”

Aside from the restaurant’s popularity and success, the expansion was made possible by a loan given to Afro Deli by the City of Minneapolis, Kahin said.

With preliminary plans to continue expansion into North Minneapolis and at the Minneapolis-St. Paul Airport, the local franchise doesn’t plan on stopping its growth.