“Malleable,” an event by and for trans women and trans femmes, was held on Nov. 7 at Moon Palace Books. 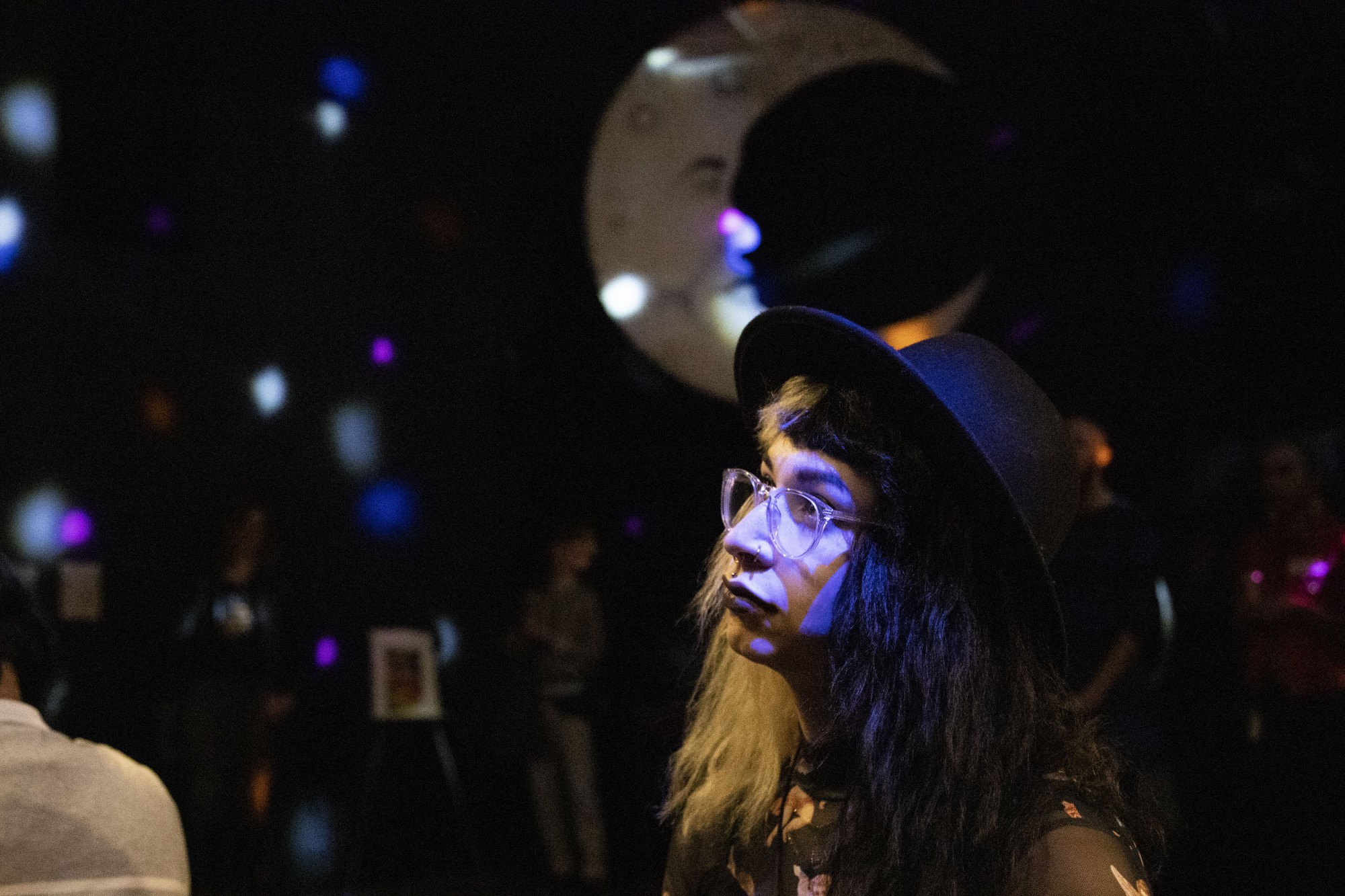 Rose Hein watches a performance at Malleable, an art exhibition by and for trans women and trans femme artists, in Minneapolis on Thursday, Nov. 7.

For one night only, illustrations of nude torsos, blurred bodies and beaded leather adorned the walls of Moon Palace Books’ performance space.

“Malleable,” held on Nov. 7, was a night “of, by and for trans women and trans femmes.” It provided a space for artists and attendees to celebrate their work and community.

Founder Alice Ferox came to the idea of “Malleable” after realizing that she was the only trans woman and trans femme individual at an art show, she said.

“Thinking back, I was like, ‘That has frequently happened to me or people I know,’” Ferox said. “So, I was like, ‘Why don’t we just celebrate all the trans women and trans femme in our community with their own thing?’”

Ferox then applied for the Metropolitan Regional Arts Council grant, thinking her chances for winning the grant were slim. A few months later, though, she got the award notice.

Ferox and co-curator Paul Krumrei’s priority for “Malleable” was what they call “radical accessibility.”

“Everyone gets paid because we value their time and their talent,” Ferox said. “And also recognize that trans women [and] trans femmes typically don’t make a lot of money as it is, so we’re trying to eliminate that barrier by offering money for their work.”

Ferox and Krumrei sent out a call for artists soon after that and didn’t turn anyone away. The night included art ranging from illustrative work to a short film about an artist climbing up a mountain in Italy. “The most important aspect of the art is just the relational aspect,” Krumrei said. “It doesn’t even have to be something that is trans-specific, but just the notion that we were there to help them display their art.”

“Malleable” was a mix between a gallery opening and a live performance event. The evening’s host, Glenn Guiliano, introduced artists who performed a song or skit before letting the crowd get back to mingling.

One of the artists, Thea DeSilva, had never shown her art at an exhibition before. She remembers the moment when she became good at art in first grade.

“I just start drawing and then it eventually becomes something. I just let my mind go wherever it goes. This is not formulaic. It just happens,” DeSilva said. “It’s really awesome and I think it’s a really special place.”

The space was filled with people holding complementary cans of La Croix and admiring the art created by their peers and loved ones.

“Even if an exhibition may have humble aims or humble goals, just the sheer act of seeing that kind of thing exist in the world can be extremely affirming and powerful for other people,” Guiliano said.

The phrasing “an exhibition of, by, and for trans women and trans femmes” was intentional. Ferox and Krumrei wanted to make the space as free of cisgender expectations as possible.

But there might be no end to “Malleable.” While it was advertised as a “one night only event,” Ferox has plans to continue in any way she can.

“We just want to provide a space where trans women and trans femmes can operate without the supervision of cisgender people and come together and make something cool,” she said.