The Campus Connector will revert to its pre-construction route. 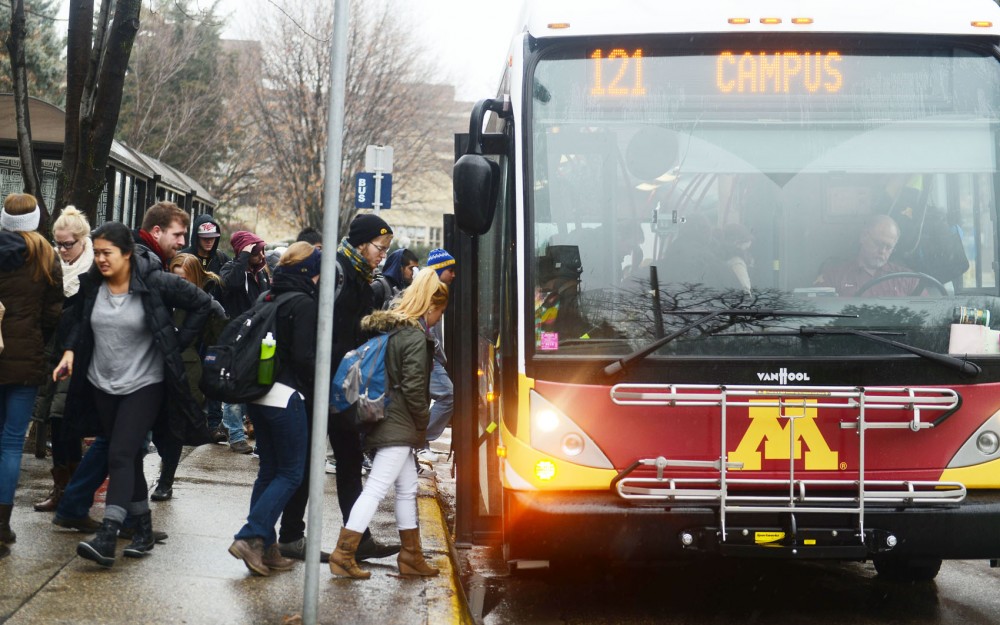 Washington Avenue has been closed since construction on the Central Corridor light rail began nearly three years ago. Next week, city and campus buses will resume old routes, sparking some frustration among students.

The routes seem new for students who didn’t attend the University before Washington Avenue was a “construction site,” said University spokesman Tim Busse.

Those three will replace bus stops at Ridder Arena, the intersection of University and 15th avenues southeast and the Recreation and Wellness Center. In total, 11 stops are affected by the change.

Blegen Hall will be the Connector’s only stop on West Bank. The Washington Avenue Bridge Circulator will take over some stops, including Willey Hall; 15th Avenue South and Cedar Avenue; Mondale Hall; and on East Bank, Pleasant Street and Pillsbury Drive and Sanford Hall.

For more information on the changes, visit the University’s Parking and Transportation Services website. Maps and other resources are also available at stops and on buses.

Adjusting to the routes

Though officials are stressing these routes are not new, many students have become accustomed to the detoured routes and are even frustrated with the returning connector routes.

With the change, Mattson cannot board the Campus Connector at the Recreational and Wellness Center, adding walking time to her commute.

Busse said the University community will receive an email outlining the changes before they take effect.

“We’re all doing our best to make sure that this is communicated to everyone,” he said.

Pedestrian and bicycle routes will be affected as well, Busse said, noting it’s important to be aware of the changes to ensure safety.

“It’s our goal to make sure students understand schedules are going to be changing,” he said. “We want students, staff and faculty to understand that.”

Still, some students say the resources are not helpful.

“I looked at the map [online] of the new stops, but it was confusing,” junior Hannah Hoffman said. “I’m not sure where the stops are.”