Intermedia Arts’ latest exhibit turns its focus on Iraqi women, but not in the way you’d expect. 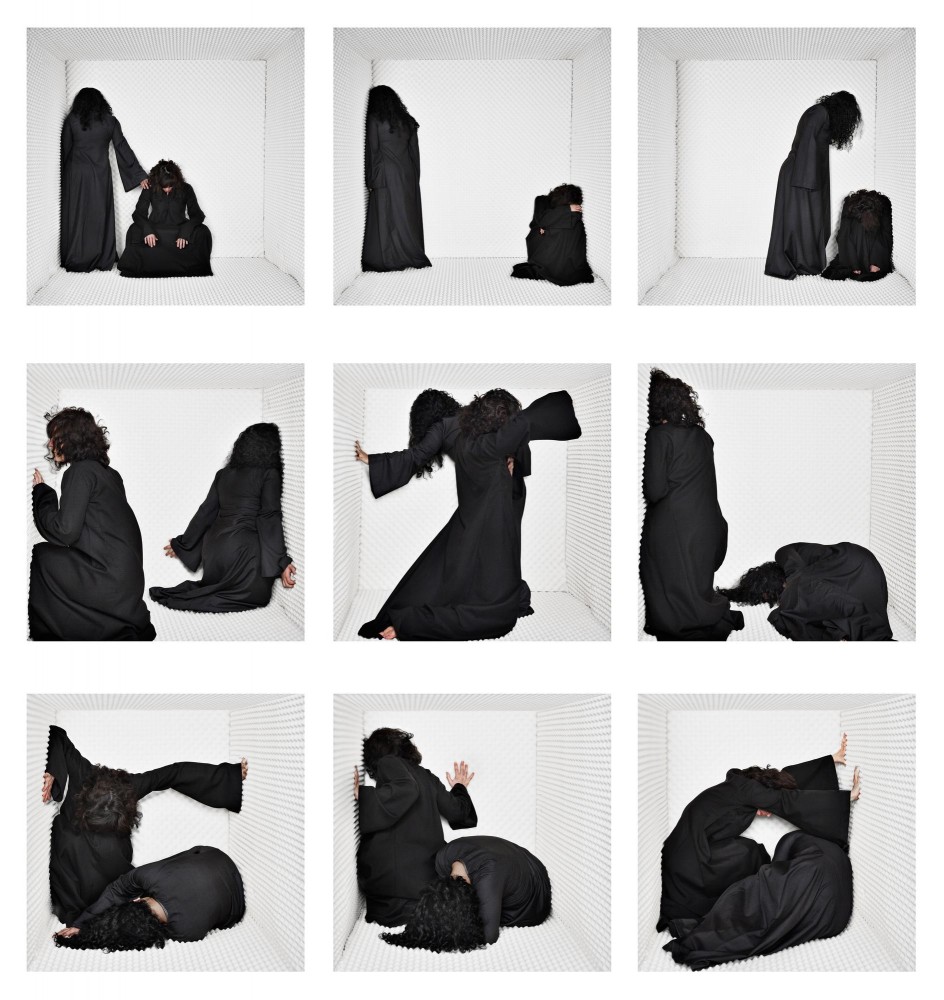 "Still/Chaos" by Sama Alshaibi and Dena Al-Adeeb is one of the defining images "Not About Bombs", a new exhibit sponsored by the Iraqi and American Reconciliation Project. The exhibit features contemporary works from female Iraqi artists and runs January 31st-March 3.

The Western media is rampant with preconceived notions about women in the Middle East. In an unfortunate display of ethnocentrism, it seems to have trouble getting past hijabs and veils. Women are depicted as subservient and oppressed, and the conversation doesnâÄôt go much further.

âÄúNot About Bombs,âÄù a new exhibit at Intermedia Arts, is challenging that notion in a major way.

âÄúIâÄôm tired of the dialogue being so surface level,âÄù says curator Tricia Khutoretsky. âÄúI want to know what these women are feeling and thinking. ThereâÄôs so much going on in the Middle East right now and women are playing a really major role in change. There are a lot of other discussions that can happen.âÄù

The exhibit, which opens at Intermedia Arts at the end of the month, collects around 40 works from five different Iraqi women.

The exhibit is sponsored by the Iraqi and American Reconciliation Project, a local nonprofit that works to promote dialogue between Americans and Iraqis through art, education, health and cultural exchange programs. The IARP sponsored another Khutoretsky-curated exhibition, entitled âÄúNavigating the Aftermath,âÄù at Regis Center for Art last year.

âÄúWeâÄôve done a lot of exhibits based around Iraqi and American perspectives on the war, and after all of the other exhibits IâÄôd done, I felt like a specific female focus was lacking. So that was the goal for this exhibit,âÄù she said.

âÄúNot About BombsâÄùis focused on the war in Iraq and its effects on women. But according to Khutoretsky, itâÄôs less about the practical effects of war and more about how women respond to it emotionally and how their identity is affected by it.

âÄúItâÄôs about what women are dealing with or what their thought process is having been part of a country thatâÄôs been at war for the past 10 years,âÄù she says.

These effects are not always what one would expect, and that is represented first in the types of works being displayed.

The piece being used to promote the exhibit, âÄúStill/Chaos,âÄù is part of collaborative series between Sama Alshaibi and Dena Al-Adeeb. ItâÄôs a conceptual photo piece that Khutoretsky thinks encapsulates what âÄúNot About BombsâÄù is about.

âÄúStill/ChaosâÄù is a series of square photos showing the artists, clad in black, posed and contorted inside a white cube with their faces hidden. ItâÄôs difficult to tell what one is looking at immediately and compels one to look deeper and challenge assumptions.

âÄúI think their work is really unexpected and striking. It makes you want to know what they were thinking about. IâÄôm hoping that that imagery intrigues people to the point where theyâÄôll come to the show and see the rest of the series,âÄù Khutoretsky said.