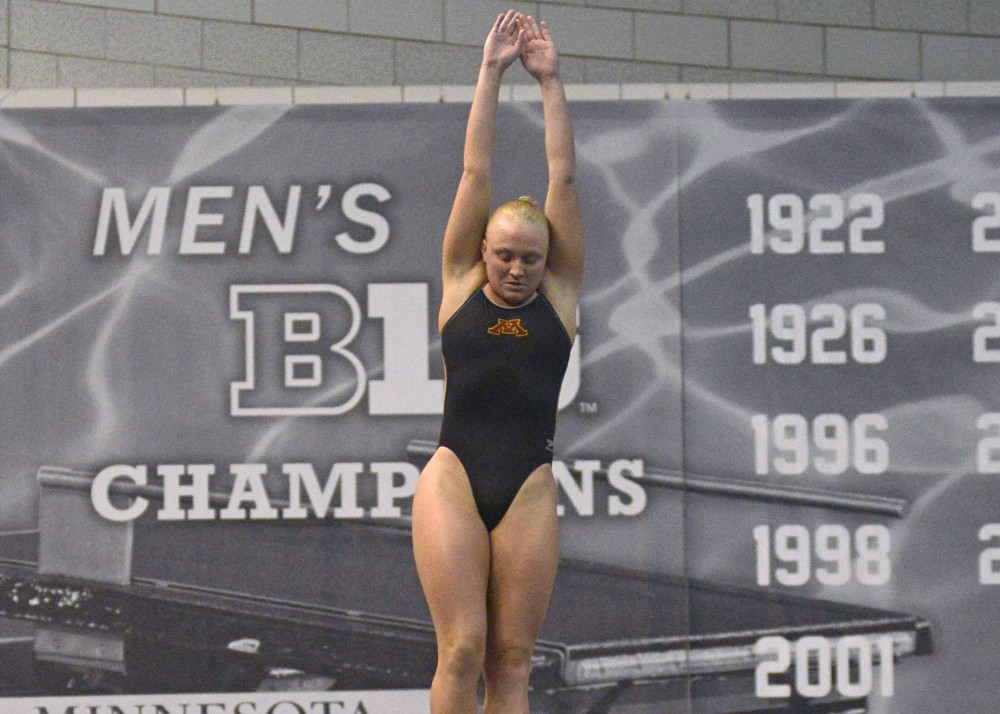 On Saturday, July 13 in Gwangju, South Korea, rising senior Sarah Bacon accomplished what no other American woman had in 14 years.

The Gopher won an individual diving medal at the FINA World Championships, finishing in second place in the 1-meter board event.

“I did know how close it was,” Bacon told the media. “Paying attention to the scores and being that close kind of gives me motivation going into my dives. It gives me a little more fire to perform them well. I could have hit one or two dives a little better, but it was a very consistent list.”

This is just the latest accomplishment for the Indianapolis native, who has racked up accolades throughout her career. She is a two-time 1-meter dive NCCA Champion, winning the competition in back-to-back years, including a new NCAA record score of 363.20 in 2019. She was awarded Big Ten Diver of the Year and was a first-team All-Big Ten selection last season.

The last female diver to win an individual award at the World Swimming Championships was Laura Wilkinson, who claimed the world championship in 2005 in the 10-meter platform. Bacon’s next event will be in the 3-meter, an event she placed third in at the NCAA Championships this past season. The 3-meter competition will begin on Thursday, July 18.