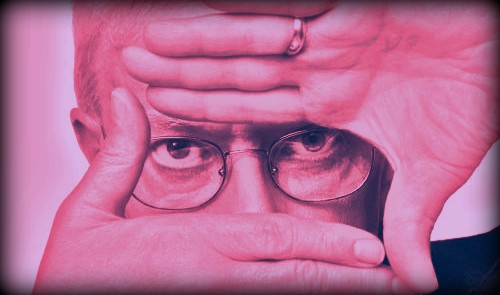 With dejection, I read about the passing of famed film critic and writer, Roger Ebert. I wish I could say I knew him, but I didn't. I only knew him through Twitter. I haven't been to the movies in ages, and I haven't read film reviews in twice as long. I understand, though, that Ebert was the film critic from time immemorial, who, in many ways, birthed contemporary movie reviews.

More than just a film critic, he was a writer and a funny one. While I never bought any of his film review books, Ebert's 2011 memoir — Life Itself: A Memoir — occupies a prized position on my bookshelf. His memoir made me laugh and cry; it clued me into his hardship and way of approaching life.

When he was struck with cancer and lost his voice in 2006, I was particularly pained to know that a man of such eloquence could no longer speak. But, that was not the end of the great critic. He kept plugging forward, writing reviews, and living his life. In 2009, Ebert joined Twitter, and it gave him a new voice: “Twitter for me performs the function of a running conversation. For someone who cannot speak, it allows a way to unload my zingers and one-liners.”

I imagine for someone who could no longer speak, finding Twitter must have been close to a godsend for Ebert. It was a way for him to express what he couldn’t anymore, and he was even wittier on Twitter than in his reviews. He deftly weaved in and out of various conversations, coordinating his discussions like a general commanding his troops. In many ways, he ruled Twitter.

Ebert was prolific, unassuming and direct. Never one to mince words, his Twitter adversaries found a wall of impenetrable brilliance. But, Ebert wasn’t just a masterful Twitter tactician; he was a master Twitter empathizer. He treated Twitter users as humans, and he expected respect on the medium in the same way you would give it face-to-face.

So, in many ways, I did know Roger Ebert. He was a shining example of a beautiful human reclaiming his voice with contemporary digital technology. He showed us that we can go on in the face of uncertainty and that the human voice — whether heard or read — can be something beautiful and genuine.

Ebert’s voice dominated Twitter, and it saddens me to know that I will never read or hear it again. I will never smile again as I see his wit scroll across my Twitter feed. Unfortunately, while Ebert’s voice gave us all hope for beating back lethargy in the face of illness, his death has left a gapping maw on Twitter that no one can fill.

In his final blog post, Ebert wrote about taking a little leave from his hectic and full schedule. Concluding, he thanked his readers: “So on this day of reflection I say again, thank you for going on this journey with me. I'll see you at the movies.”

It is us, of course, who owe him gratitude. We owe him thanks for bringing us a critical eye and large heart to the visually stunning cultural artifacts of our time.

To Roger Ebert, I say, thank you. Thank you for letting me hear your Twitter voice, and thank you for being a giant on a medium more likened to inanity than profundity. Your shoes can never be filled.

On your next journey, I hope you find only the films you could watch for eternity.

Safe travels, and I’ll see you at the movies someday, Roger.