Minnesota will ride a six-game winning streak into the Big Ten season. 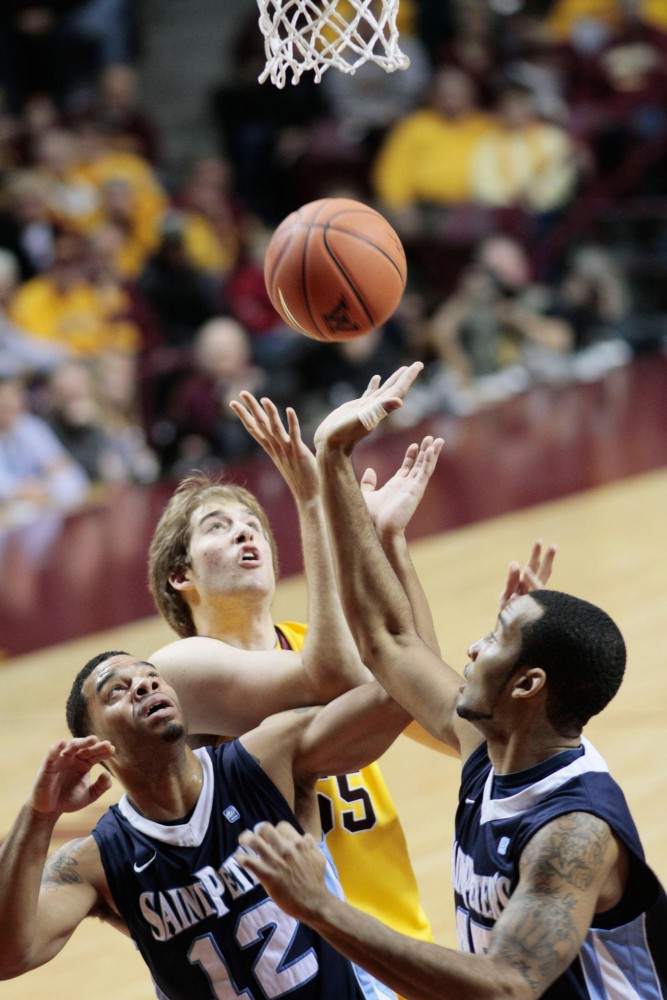 After the Gophers’ game against NDSU on Thursday night, many questions surround the team’s ability to win at the next level — the Big Ten.

Winning at home isn’t one of them.

The win was the Gophers’ sixth consecutive without Trevor Mbakwe, who tore his ACL on Nov. 27 and will miss the rest of the season.

Despite falling behind 14-2 early, Minnesota took a 32-29 lead into halftime and maintained a single-digit edge for most of the second half.

Ralph Sampson III had 15 points to lead all scorers, including the Gophers’ last four. He hit two free throws with 13.8 seconds left to clinch the win.

The Bison kept it close until the last 4:15, when they were held without a field goal.

Williams had 14 points — six on dunks — despite shooting 3-for-8 from the free throw line.

Ahanmisi had a career night with 13 points on 4-for-4 shooting and three steals. He started poorly, but scored seven consecutive points late in the first half to give the Gophers their first lead.

Minnesota made only one of its first 11 shots, most of which came from the perimeter. The Gophers’ first 21 points came from their three big men — Sampson, Williams and Elliott Eliason.

“We were getting wide-open shots and we just weren’t hitting them,” Williams said, “but our bench came in and gave us the spark we needed to win the game.”

For a second consecutive season, the Gophers will head into Big Ten schedule with one loss. Last season, Minnesota was 13-1 in nonconference play last year, with its only loss coming at home to Virginia.