The book tells the history of the movement founded in Minneapolis in 1968. 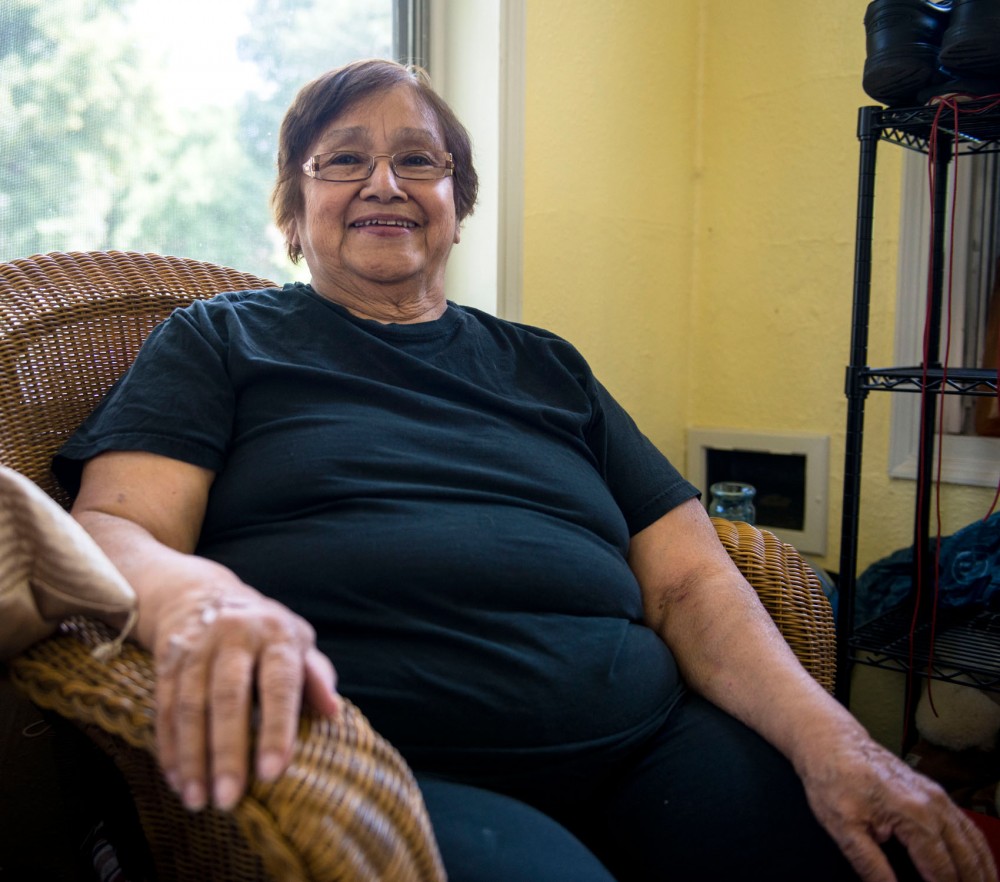 Author Laura Waterman Wittstock Monday, July 8, 2013, at her home in Southeast Minneapolis. Her book, "We Are Still Here" gives a history of the American Indian Movement, which was founded in Minneapolis in the 1960s. JOE SENDING SOMETHING

A band of demonstrators from across the country gathered outside the White House, right under newly elected Richard Nixon’s nose. As author Laura Waterman Wittstock remembers, the timing couldn’t have been more perfect.

“The timing of it was extremely, you could say, lucky,” she said.

Wittstock details the protest of the American Indian Movement (AIM) — along with eight other Indian organizations — that took place in November 1972 in “We Are Still Here.” Her textual history of what the participants called The Trail of Broken Treaties gives insights missing from the prevailing reports of the time.

“The press [about the American Indian Movement] was enormous, but most of it was negative,” she said. “It was ‘Indians acting up,’ ‘Indians causing a mess’ — that was the story.”

“We Are Still Here” chronicles the history of the American Indian Movement’s national protests and its origins in Minneapolis. In 1968, Clyde Bellecourt, Dennis Banks and George Mitchell founded AIM in a cramped loaned space at Twelfth and Plymouth. A young Wittstock, reporting for the Legislative Review, would later meet the founders in 1971 in preparation for the Trail of Broken Treaties.

Caravans of protestors — on buses, vans and cars — from Los Angeles, San Francisco, Seattle and elsewhere eventually convened in St. Paul before heading to Washington, D.C. AIM developed a twenty-point position paper to present to the federal government. Nixon couldn’t ignore the issues the AIM raised or the hoards of Vietnam and AIM protestors outside.

“To have, right down the street, Indians occupying the Bureau of Indian Affairs — that was pretty much as much as he could tolerate,” she said.

“We Are Still Here” not only gives an informational history of AIM, it also provides stunning images of the outgrowth of the Civil Rights era. Photographer Dick Bancroft followed the movement since its creation in 1968. Grainy portraits of protesters add a tangible sense of reality to this forgotten movement.

With “We Are Still Here,” Bancroft and Wittstock give the neglected movement more than a one-sided story. “We Are Still Here” aims for a sympathetic account, visually compelling as the story of a social movement.

Though the book uses photos to highlight multiple national demonstrations including The Occupation of Wounded Knee in 1973 and The Longest Walk for Survival in 1978, “We Are Still Here” represents the local ties of American Indians within Minneapolis and St. Paul. Bancroft and Wittstock’s book sheds light on the struggles of longstanding oppression.

“You have the opportunity today to see what happened back then and get a clear understanding that you would not get from text alone,” she said.