The Gophers turned the ball over 25 times and were outscored in the second half by Division II Minnesota State. 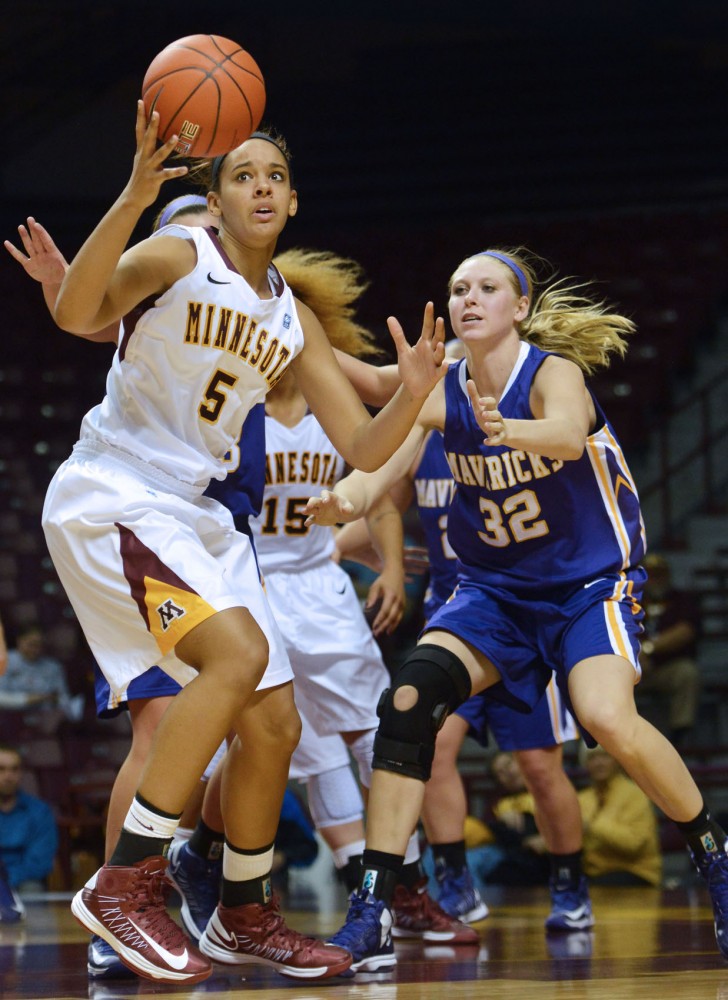 It probably shouldn’t have been that close.

But it was still a win.

The Gophers, who trounced Concordia-St. Paul 76-49 in their exhibition opener last Thursday, took a step backwards Saturday and were outhustled and out-gritted by the less-talented Mavericks.

“We were a very undisciplined group out there,” said Minnesota head coach Pam Borton. “We didn’t even look like a team. That’s why I’m not using the word team.”

Minnesota State wasn’t disciplined either, but it brought energy, harassed Minnesota ball-handlers all afternoon and put itself in a position to make a run at the end of the game.

The Gophers dominated early, and for a while, it looked like a layup drill.

Sophomore point guard Rachel Banham got to the bucket at will in the first half and scored 14 of her team-high 20 points.

Riche was in foul trouble in Minnesota’s exhibition opener against Concordia-St. Paul, but she established herself early Sunday, stayed out of foul trouble and was one of the Gophers’ few bright spots. She finished with 19 points and 12 rebounds.

MSU, however, withstood the big first halves from Banham and Riche and stayed within striking distance, trailing 41-28 at halftime.

It looked like the game was going to get out of hand early in the second half when Minnesota stretched its lead to 20 points.

Then the Gophers got stagnant offensively and MSU made things interesting.

While the Gophers were frantically throwing the ball around and trying to find some semblance of offense, MSU was going on a 15-4 run.

Minnesota went 7:23 without a field goal.

Mavericks forward Ali Wilkinson hit a layup to cut Minnesota’s lead to nine, and with six minutes remaining, it was suddenly a ballgame.

Wilkinson finished with a game-high 24 points.

“It was a lack of mental toughness and mental focus,” Gophers guard Sari Noga said of the second half.

MSU’s offense stalled a little bit down the stretch, and Minnesota made enough plays to hang on for the 10-point win.

“We got it done, but that won’t work throughout the whole season,” Riche said. “This is definitely a swallow-your-pride moment. [We need to] take all the criticism we get.”

The Gophers turned the ball over 15 times in the second half and were out of control offensively and defensively.

“It was an ugly win,” Noga said. “There’s a lot we have to take and learn. … It’s going to be a lot different and a lot tougher [in the regular season].”