The Gophers beat a No. 1 team Tuesday for the first time since ’89. 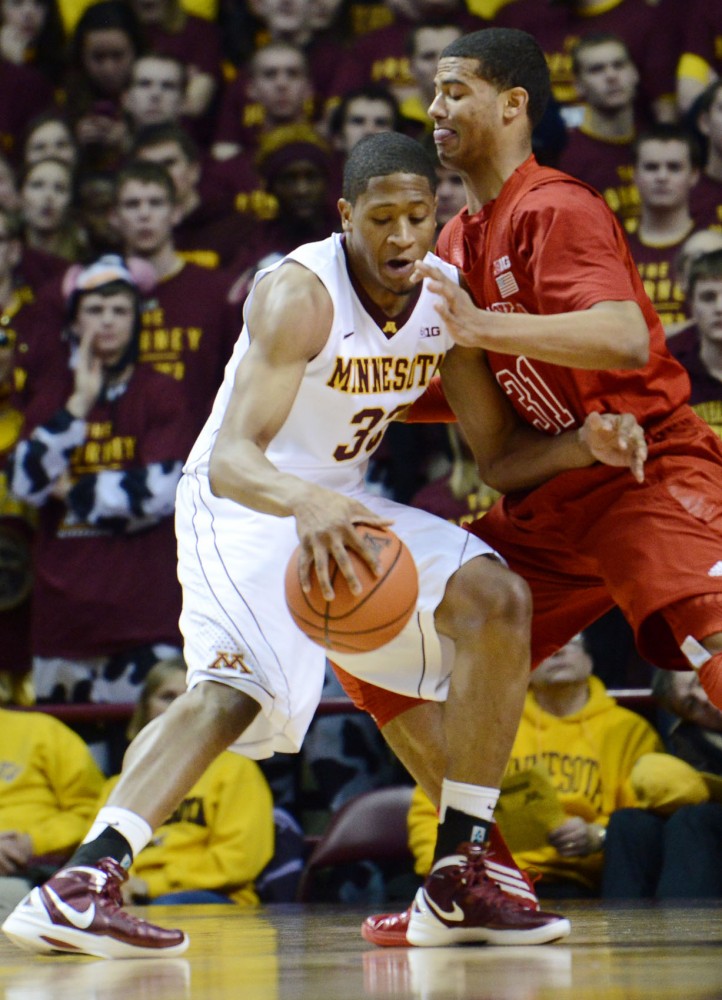 Tubby Smith wants his players to have their cake — but not to eat it yet.

The Gophers beat top-ranked Indiana on Tuesday, and their veteran coach looked back two weeks for a reason to postpone the celebration.

“Each team is different in their personality and makeup,” Smith said. “For this team, we had a good win against Wisconsin [on Feb. 14], and we didn’t respond very well.”

Minnesota followed its overtime win against the Badgers with two embarrassing efforts at Iowa and Ohio State in which the team lost by a combined 47 points.

The Nittany Lions handed Smith another cause for concern Wednesday when they upset No. 4 Michigan 84-78 at the Bryce Jordan Center in University Park, Pa.

Smith sang a different tune about winning Tuesday than he did after the Wisconsin game, when the 61-year-old danced in the locker room.

“Put it in perspective,” Smith said Wednesday. “It’s not like we were playing for the No. 1 seed in the Big Ten, and that’s what I have to let my players know.”

Although the Nittany Lions are 1-14 in conference play this season, Smith knows his team’s psyche is fragile based upon unstable performances and outside criticism.

“I think for young people, they’re affected more than old folks like myself,” Smith said.

But Smith denounced the importance of those pep talks, saying that a psychologist has talked to his team every year he’s been at Minnesota.

The Gophers have several reasons to be confident heading into Saturday’s game.

Smith shortened his rotation against Indiana, and in turn, his bench produced 16 points, four assists and zero turnovers.

“It just gives me the confidence knowing I can contribute in a positive way,” Eliason said Tuesday. “Going forward, I know what I can do to help this team.”

“Those seven points in that stretch when we were down, [we were] looking for someone to step up,” Smith said. “He did.”

Even after the historic win, one Smith called a “milestone” for his program, he doesn’t want his players to be satisfied.

Smith equated all the media attention placed on his Gophers to a crowd cheering or jeering a team.

“You can never stop [your players] from listening to it, but you’ve got to be able to,” Smith said. “You’re going to be better because of it.”