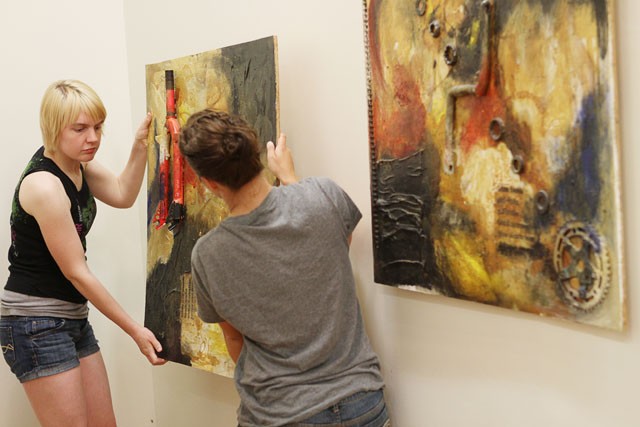 When: June 2nd through June 22nd

In the Twin Cities, biking is more than transportation — itâÄôs a culture and a community. Minneapolis art gallery Altered Esthetics is no stranger to the expressive side of cycling. With their sixth annual âÄúBike ArtâÄù exhibition rolling out Friday, the gallery will show how cycling is more than getting from point A to point B.

With a collection of works spanning a variety of media forms, the event seems to take a dualistic approach. The works are inherently expressive, and show the universal joys shared by the community of peddlers in the place Bicycling magazine named best biking city in the country last April.

âÄúWhen youâÄôre growing up, itâÄôs your first form of freedom when you can really get out and explore,âÄù bike designer and FAS Custom Bicycles owner David Gfroerer said. âÄúWhen you get on a bicycle you still remember that this was your first mode of transportation.âÄù

This sense of youthful vigor is not limited to GfoererâÄôs curved framing designs, which will be on display for the show. Roger LootineâÄôs comic strip work, illustrated with Bazooka-Joe nostalgia, satirize the road biking experience.

John Terwilliger, a Minneapolis artist and past âÄúBike ArtâÄù contributor, also took a sprightly approach with his collection of charcoal-drawn trading cards.

âÄúThe first year [with Bike Art,] I had a large painting,âÄù he said. âÄúBut I like to do something different every year.âÄù

The gallery walls will also be adorned with a handful of mixed media pieces. Michelle LeeâÄôs geometrically-driven piece places two vinyl records within the wheel frames of a bicycle. She contrasts the roundness and tubular framing with an angular backdrop of record shelving.

âÄúI was thinking about watching these round things that spin with the spokes and how they almost make the same shapes as concentric record circles,âÄù Lee, who is also an avid music fan, said.

This artistic vantage point will be buoyed by a collection of community happenings. The gallery’s second annual âÄúBikini Bike WashâÄù is happening on June 18 along with the âÄúArty Garage Sale.âÄù It is all part of this idea of unity that seems to prevail among the cyclist population.

ItâÄôs a sensible feeling for bikers to embrace. As the saying goes, getting there is half the fun.