After frustrating start to the season, the grad-transfer is averaging 7.4 points per game. 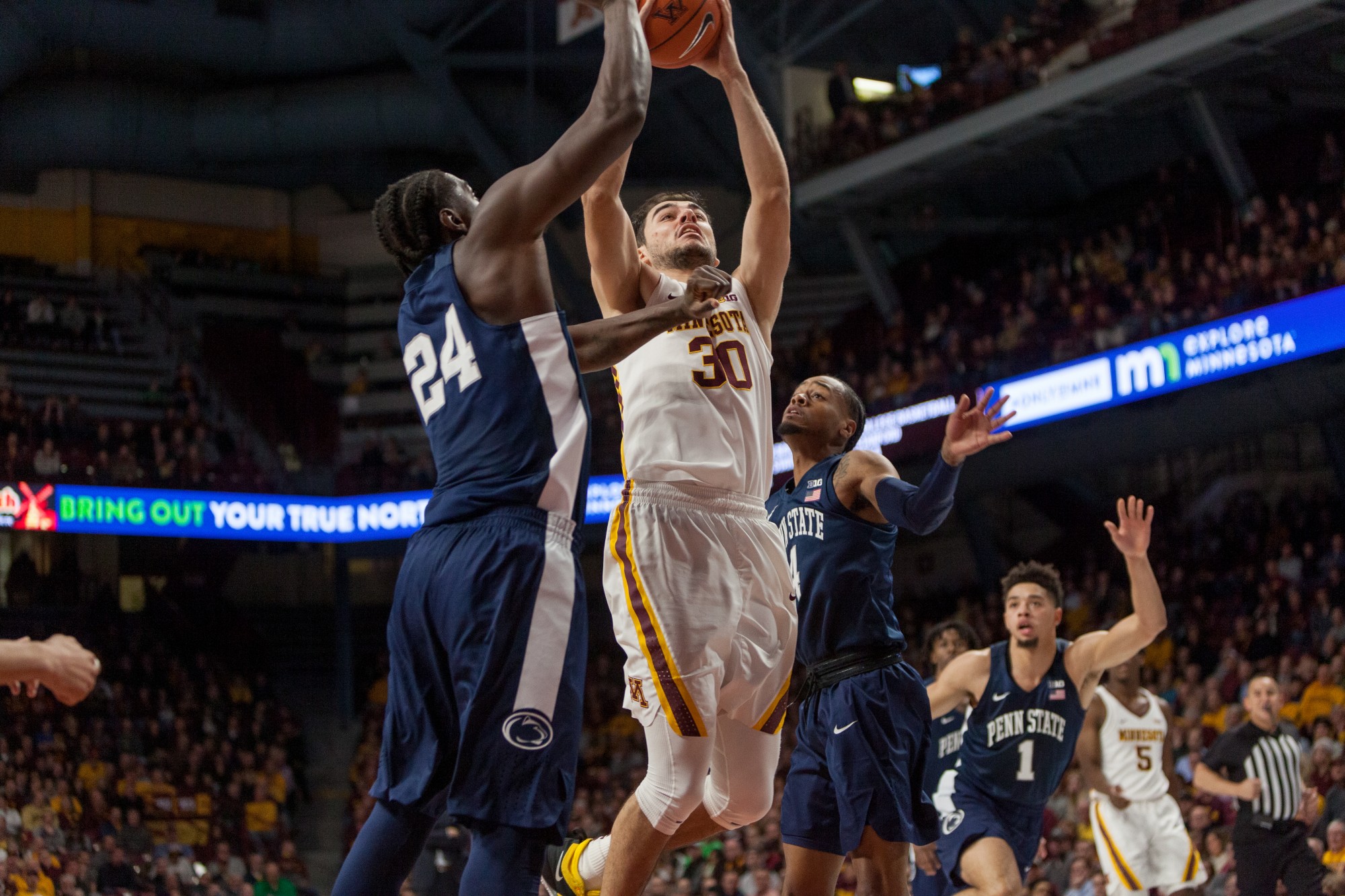 When senior Alihan Demir transferred to Minnesota, the Gophers did not expect him to become a fixture in the starting lineup. Now, 23 games into the season, Demir has started in all but one.

Demir, a native of Ankara, Turkey, began his career playing at the junior college level with Central Wyoming before transferring to Drexel of the Colonial Athletic Association. He played with the Dragons for two seasons and after earning his bachelor’s degree, decided he was ready to take the leap to major college basketball and join Minnesota.

“I really liked the coaching staff, and all the facilities were impressive,” Demir said. “I thought it was the right fit.”

When the Gophers landed Demir, they believed he was a good fit for the program as well. In 2018-19, Demir ranked second at Drexel in both scoring average (14.8 points per game) and rebounding (6.4 per game).

Minnesota’s coaches anticipated they were getting a contributor in Demir, but they didn’t know how much they would rely on him. When redshirt junior Eric Curry suffered a torn ACL before the season, Demir was thrust into the starting lineup at power forward.

“Alihan was a key get for us,” head coach Richard Pitino said. “We weren’t sure with Eric Curry, and we needed a little bit of insurance there. Just because he’s had such bad luck, it was important to get a guy like Alihan.”

The transition did not come easy for Demir, who scored 10 points in the season opener but endured a three-game stretch in which he shot 6-25 from the field. Pitino acknowledged that Demir faced challenges adjusting to higher level competition early on but also credits him for steadily improving.

“He was really frustrated early,” Pitino said. “Now he’s starting to play really well. The role hasn’t changed — what’s changed is he’s getting comfortable. Now all of a sudden he’s happy all the time, and he’s smiling all the time and that’s great to see.”

In late November, Demir began finding his form, scoring in double-figures three times in a four-game stretch, including a season-high 14 points against DePaul. Then in early January, Demir had three consecutive double-digit scoring games against Big Ten opponents, playing a crucial role with 13 points in a 75-67 victory over Michigan.

Averaging 26.6 minutes per game, Demir has provided a consistent presence for a Minnesota front court that has struggled to find scoring from players other than sophomore Daniel Oturu. Demir ranks first among Gopher forwards with 7.4 points per game, a number that represents significant growth from the beginning of the year.

“I don’t really know what the problem was,” Demir said about his early season struggles. “It’s just getting better so I have to keep doing whatever I wasn’t doing before.”

At 6-foot-9 and 235 pounds, Demir is not the biggest power forward, nor is he the most athletic. However, his technical skill has allowed him to succeed against the powerful forwards he has faced in Big Ten play.

“I’d call it like, ‘old man game,'” sophomore Jarvis Omersa said of Demir’s play style. “He’s got nice post moves, slow buckets. But, that’s different — it changes up the pace. So when you’re playing in the Big Ten, people try to get to things quick but his pace is really good, and I think that’s something he worked on for a while.”

One of Demir’s most productive games of the season came against Iowa on Dec. 9. As much of the team struggled offensively in a 72-52 defeat, he scored 13 points on 5-9 shooting including two 3-pointers.

The Gophers will hope for a similar output from Demir on Sunday as they host a rematch with the No. 21 Hawkeyes.