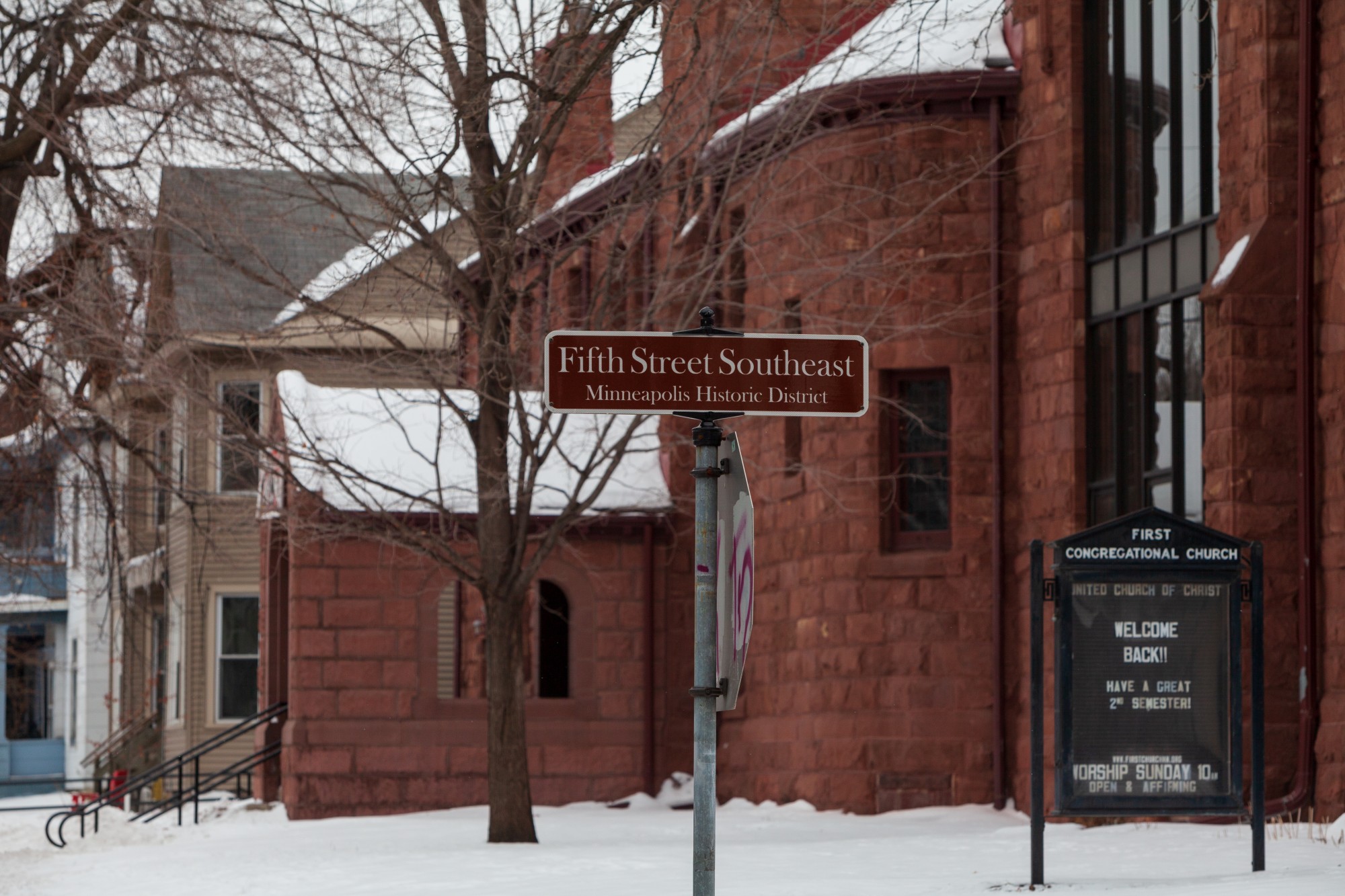 A street sign denotes the area as a Historic District in the Marcy Holmes neighborhood on Tuesday, Jan. 28. The neighborhood provides housing for a significant number of University students.

A new course at the University of Minnesota aims to connect students with community members to examine social connections in Minneapolis neighborhoods.

“Sociology of Neighborhoods” professor Evan Roberts has students attending community meetings and conducting interviews to discover how local neighborhoods’ perceptions and opinions have evolved over the past 20 years. The class covers three neighborhoods off-campus and focuses on current events, including affordable housing changes, racial covenants and Minneapolis 2040, a plan which sets the region’s growth and development.

A key objective of the class is to gain an understanding of each neighborhood’s history and plans for the future, Roberts said.

“I’ve had a long interest in urban history, and so I was really lit up at the opportunity to connect my personal interests to teaching about neighborhoods,” Roberts said.

Nokomis East, Kingfield and Central are Roberts’ neighborhoods of choice for the semester, with each neighborhood assigned to a group of four to eight students.

“I wanted to deliberately get students away from neighborhoods that they may live in themselves to expose them to other areas of the city which they may never have been to,” Roberts said.

The class plans to explore racial covenants, residential segregations based on race. They include things like redlining, a practice some banks used to limit or refuse loans and mortgages to low-income or predominantly non-white neighborhoods.

“Historically, there have been a lot of racial covenants around Nokomis, some in Kingfield and a few in Central,” Roberts said. “[As a class], we will be looking at how that influences people’s perceptions of their neighborhood, and what they see as issues around diversity.”

Students Anna Harvatine and Suzy Scotty, who work together on the team, said they support Roberts’ choice of neighborhoods because it has encouraged them to explore parts of Minneapolis further away from campus.

“It feels cool to kind of be starting up something that hopefully will continue and maybe turn into a greater project,” Scotty said.