Chris Clarke will likely be back for an official visit. 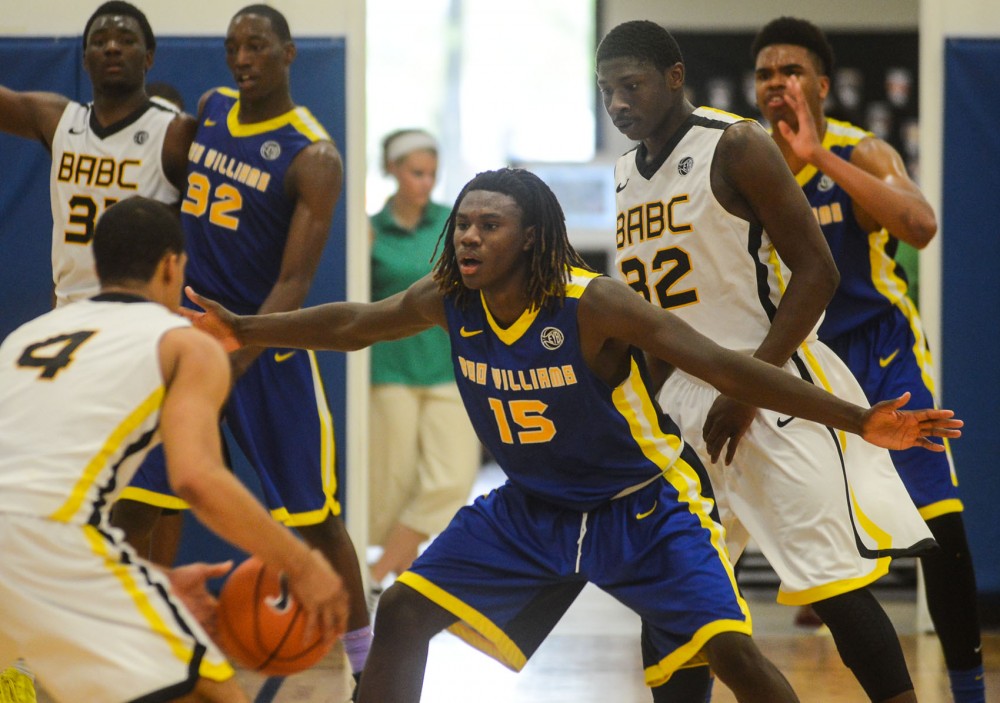 Chris Clarke of Boo Williams guards the ball during the game against BABC during the Elite Youth Basketball League Session No. 4 on Saturday at the High Performance Academy.

But if one of the Gophers’ top targets pre-conceived notions about the North Star state, they were debunked after playing in the Nike Elite Youth Basketball League tournament in Eagan, Minn., last weekend.

With temperatures approaching the eighties, Chris Clarke, a rising high school senior, toured the University’s urban campus with his parents, who made the trip from Virginia.

“It was definitely eye-opening,” Clarke’s father, Curt, said. “A lot of people don’t know what’s out here … I was pleasantly surprised.”

With the Clarke family’s time in Minnesota falling on a recruiting dead period, Chris and his parents weren’t able to meet with Pitino or tour athletics facilities per NCAA rules. But walking around the East Bank gave the Clarkes an opportunity to see the campus where Chris could spend the next four years of his life.

Chris Clarke said Minnesota is one of the schools going after him the hardest along with Tennessee, Virginia Tech, Creighton and Iowa State.

His athletic skillset was on display over the weekend, finishing well at the rim, running the floor and pulling down rebounds at an impressive rate for his size.

The 6-foot, 6-inch forward, who plays for AAU team Boo Williams, scored 22 points and grabbed 12 rebounds in a 68-67 loss to Athletes First on Saturday. He also committed a game-high four turnovers, though, and said he’s looking to improve his ball security among other things this summer.

He also indicated a desire to get stronger over the next few months, which shouldn’t be an issue if he takes after his father.

Curt Clarke, a former marine, has blacksmith’s arms and goes to great lengths to help his son with the recruiting process.

“We want to maximize his success in life,” Curt Clarke said. “That’s our motivation.”

With that in mind, the Clarkes are very interested in Chris’ academic future — which may include a major in broadcast journalism. Curt Clarke also mentioned Minnesota’s strong science and engineering programs, which would allow Chris to go into college with multiple different career opportunities.

“There’s a lot that [Minnesota] offers, so there’s other options with him also,” Curt Clarke said.

As far as basketball is concerned, one thing Minnesota could offer Clarke is the opportunity to keep playing with one of his summer teammates, Kenny Williams.

The 6-foot, 2-inch guard has offers from the Gophers and Memphis, among others, and is receiving interest from North Carolina and Indiana. Williams and Clarke haven’t talked about playing together in college — yet.

“I’ll probably talk to [Chris] when it comes down to cutting down my list and making a decision,” Williams said.

Chris Clarke hasn’t cut his list down, either, but the Gophers appear to be one of his favorites. The Clarkes plan on getting the full Minnesota experience with an official visit in the coming months.

“Everything I’ve seen with regard to their style of play — the up and down — seems to be good,” Curt Clarke said. “That’s the best thing for [Chris].”

The Clarkes saw one of Pitino’s infamous jacket tosses while watching a game earlier this year and look forward to getting to know Minnesota’s fiery coach better as the recruitment process goes on.

“I haven’t talked to [Pitino] that much, but from what I’ve seen so far he’s a pretty good guy,” Chris Clarke said.

If the Clarkes’ weekend in Minnesota is any indication, they’ll like Pitino the more they get to know him, just like the campus he’s trying to sell them.