Gophers finish tied for 11th in the Clover Cup 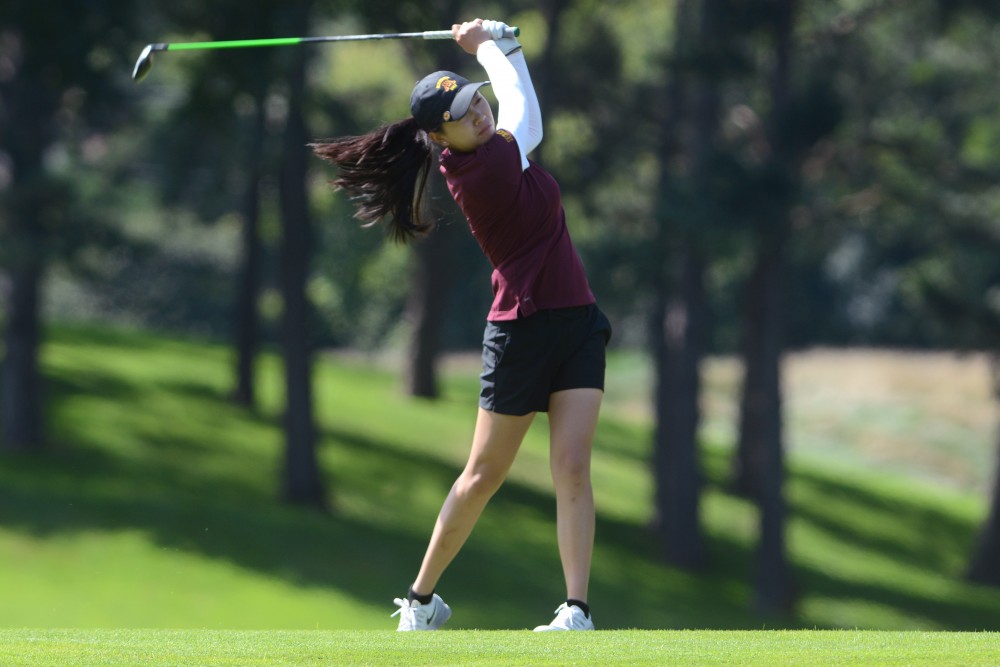 Junior Muyu Wu put together a top 20 finish in the Gophers latest tournament in Arizona.

Wu led the way for the Gophers by finishing tied for 18th. The Gophers finished tied for 11th with a combined score of 52-over par at the Clover Cup in Mesa, Arizona. Oklahoma finished first among the 16 teams featured in the tournament.

“We have a really young team and this tournament was another opportunity for them to learn about how to play in these college tournaments,” head coach Michele Redman said. “I thought we played much better today, even though there was still some high scores.”

The Gophers shot 15-over par on the final day of competition. They entered the day in 13th place, but climbed their way up the leaderboard to tie for 11th.

Wu shot four-over on the day, but continued to lead the Gophers.

“She played it smart,” Redman said. “She got a lot more focused this week and was able to translate that to her game.”

Kellar ended the tournament with a total score of 20-over par. Junior Maggie Heggerston finished five shots behind her.