In her first legislative session, the University president outlined the $317.2 million request for infrastructure funding. 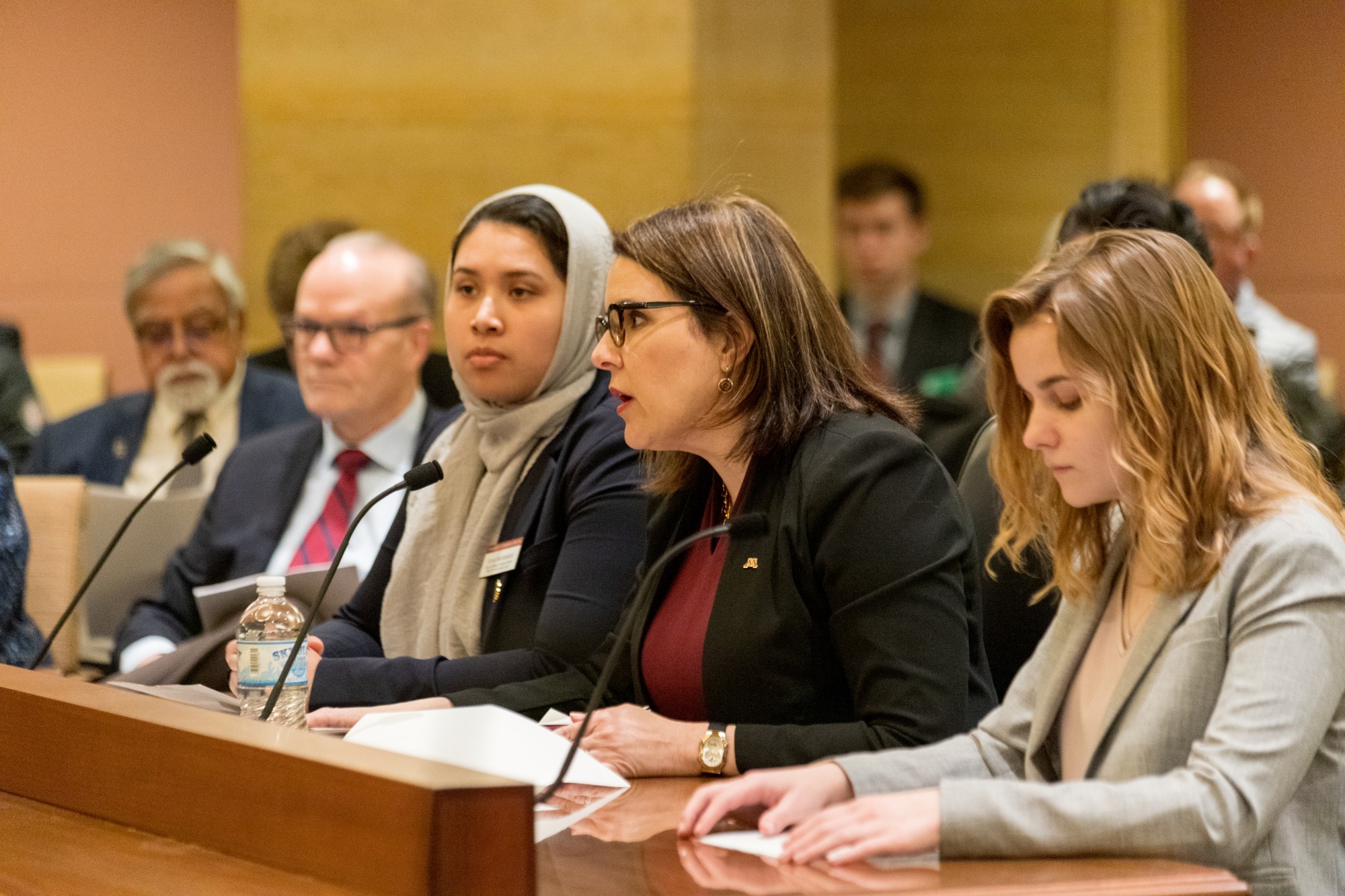 In her first testimony before state lawmakers as president of the University of Minnesota, Joan Gabel pitched the University’s funding needs at the Capitol last week.

Gabel presented the University’s $317.2 million 2020 capital bonding request to the higher education committees of both chambers Tuesday and the House capital investment committee on Thursday. Along with the University, the state’s public and private colleges and universities are asking the Legislature for hundreds of millions of dollars in infrastructure funding.

The University’s request includes $29.2 million for the  Child Development Building, $4.4 million for A.B. Anderson Hall, $18 million for a clinical research facility and $65.6 million for a chemistry teaching laboratory. An additional $200 million would go toward assorted infrastructure projects across the campus system.

In her testimony, Gabel underlined the University’s $4.8 billion backlog in deferred maintenance that accumulated due to partially fulfilled bonding requests.

“Our University is committed to serving the state at top-notch levels, but we need top-notch facilities that match our ambitions and those of our students,” Gabel said. “Robust state support is the best way to make this possible.”

University students testified alongside Gabel, describing the inadequate conditions of facilities listed in the University’s request.

Samantha Gardow said despite being a student at the Institute of Child Development, she has never taken a class in the facility due to lack of adequate space. University of Minnesota-Duluth senior Ayah Abuserrieh said with a lack of air conditioning, classes at A.B. Anderson Hall are routinely cancelled when the weather gets too warm.

Some senators, including Sen. Jim Abeler, R-Anoka, have repeatedly raised concerns about a perceived lack of transparency regarding how the University has spent state funding. While it’s early, the new administration has the opportunity to improve the relationship between the Legislature and the University, he said at the hearing. “She says all the right things, and hopefully she can move on from here,” Abeler said in an interview. “If she does what she says she’ll be a great president.”

In addition to the University, lawmakers heard from leaders of both the state’s public and private multi-campus systems. Minnesota State Colleges and Universities requested $271.2 million in bonding from the state this session.

While the Legislature will not put together a two-year budget this session, some stakeholders request smaller allocations in non-budget years.

Minnesota State and the University — along with stakeholders statewide — went without bonding dollars last session. But Minnesota State received about two-thirds of its 2019 two-year budget request, while the state allocated just half of the University’s $87 million request.

“At the end of the day, you know, this really boils down to [how] these are the institutions that are training our next generation of leaders that are going to be our workforce, and so we need to invest in all of them,” Lee said.