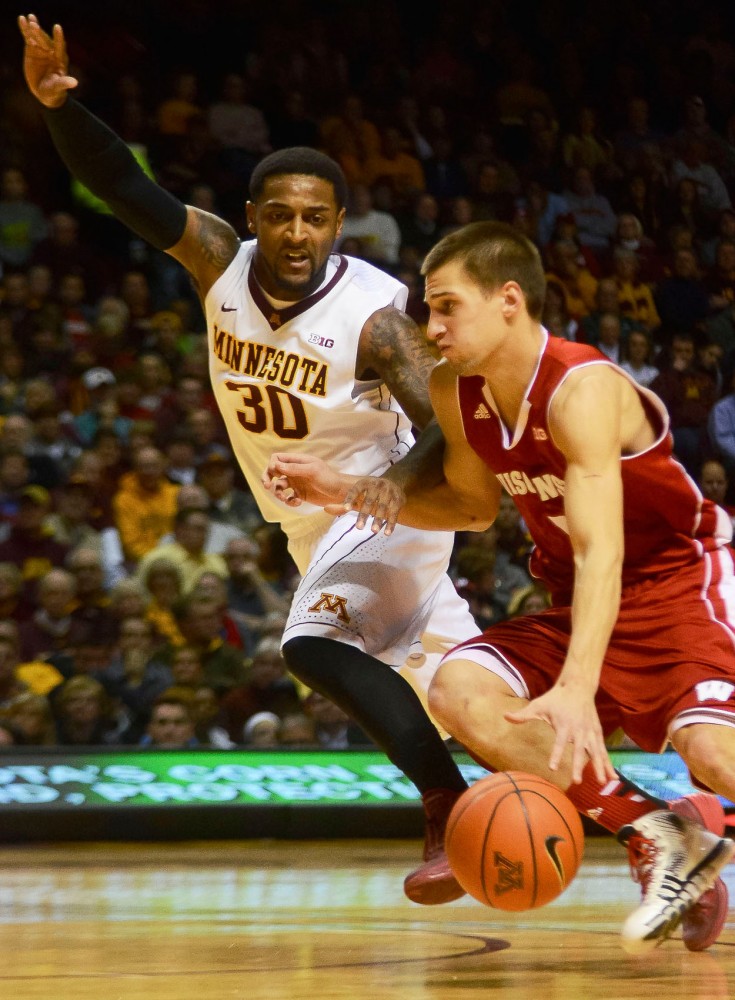 “We’re not a better team without Andre Hollins,” he said.

It’s not that anyone necessarily thought the opposite, but Hollins’ level of importance had come into question — especially after Minnesota blitzed the Badgers without the star guard.

After Hollins went down with a severely sprained left ankle 16 seconds into the contest, the Gophers went on win 81-68. Pitino called it the best game they’d played all season.

Then on Sunday in Lincoln, Neb., it became clear Pitino knew what he was talking about. The Gophers are not a better team without Andre Hollins. Not even close.

Minnesota looked lost for much of the contest without its leading scorer, best player and poster child of the program in the Gophers’ 82-78 loss to the Huskers.

On Saturday, Pitino said Hollins was “very questionable” for the Gophers’ battle with Northwestern this weekend, and the staff was assuming he wasn’t going to be able to play.

So the Gophers will likely have to trudge forward without their star guard for at least one more game, if not more.

While the loss of Hollins stings, one of the smoother transitions after the injury was sliding senior guard Malik Smith in with the rest of the starters.

Smith, a starter last year under Pitino at Florida International, seems comfortable in the role.

Smith chipped in 14 points against Wisconsin. And against Nebraska, he went bananas, finishing with 29 points on the strength of a team record-tying eight 3-pointers.

Pitino said he’s not worried about Smith contributing on the offensive end.

“He has shown that he can handle the big stage, certainly,” Pitino said.

What is concerning is the other lineup changes the staff has been forced to make with Hollins out.

“We’ve got to get creative with that,” Pitino said.

Smith is normally the backup shooting guard, but with him starting, senior Maverick Ahanmisi and freshman Daquein McNeil have assumed that role.

And now, Ahanmisi is also the backup point guard.

While Ahanmisi has played a lot of point in the past, Pitino hasn’t played him much at that spot this year.

The lack of a second primary ball handler was evident in Minnesota’s loss to the Huskers.

And after each mistake, without Hollins there to help alleviate some of the pressure, Mathieu was thrown right back into the fire. He finished with a season-high nine turnovers.

“I really missed him,” Mathieu said. “He could have [taken] the ball out of my hands a bunch in the game. … When I was making crucial mistakes, he could have stepped in and played big for us — he always makes big plays.”

Pitino said Saturday that Hollins’ injury was “probably a lot worse than we originally thought it was going to be.” He said the staff was going to take the injury day-by-day.

Whether Hollins misses one more game or is out for an extended period of time, the Gophers have to find a way to play, and win, without their fallen star.

They can’t afford a midseason slide.

“We knew we were going to miss him,” Smith said. “We just need everybody to step up. It can’t just be one person. We have to step up collectively. We didn’t all do that [against Nebraska].”