Carlie Wagner and Shae Kelly combined for 32 points in the game. 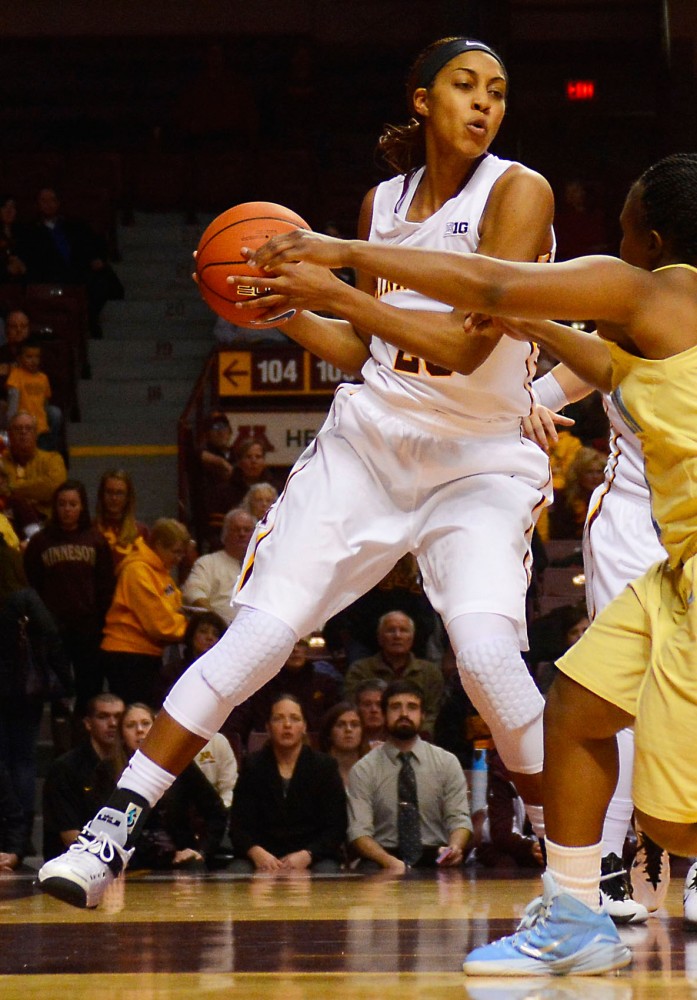 Even with Amanda Zahui B. struggling and Rachel Banham sidelined, No. 23 Minnesota pulled out a 65-61 win over Indiana on Sunday.

That statement was nearly unthinkable last season, as Banham and Zahui B. carried the Gophers, who consistently failed to find production outside of their star-studded one-two punch.

But Sunday’s result was just more proof that Minnesota (16-2, 5-1 Big Ten) has emerged as one of the Big Ten’s top teams due in part to newcomers Shae Kelley and Carlie Wagner.

“Their addition to this team changed the entire makeup of our team,” head coach Marlene Stollings said. “What they bring to the table has been invaluable.”

“It was just good to finally hit a shot a good time, and it was exciting,” said Wagner, who finished with 13 points.

About 30 seconds later, she cut to the basket on an inbounds play for another go-ahead bucket.

“She’s fearless. That’s what I love about her,” Indiana head coach Teri Moren said of Wagner. “I think she’s a kid that thinks everything she puts up is going in. She plays with a tremendous amount of confidence, and I enjoy watching her play.”

Zahui B. wasn’t as effective as usual, only posting 11 points and seven rebounds. But senior forward Kelley picked up the slack, tallying a game-high 19 points and 13 rebounds.

“I’m just staying aggressive,” Kelley said. “They left the baseline open a couple times, and I was really just able to get down low and get inside on them.”

“Our game plan was any time the ball was going to go inside to Zahui [B.], we were going to try to double her and try to create some problems for her, and it paid off,” Moren said. “She buried us a few times and got easy baskets, but I thought for the most part we were spot on.”

Minnesota dug itself into a hole in the first half and trailed almost the entire period. But Kelley’s steady play and a trio of 3-pointers from Mikayla Bailey knotted the score at 36 heading into the second half.

“[Bailey] kept us close going into the half,” Stollings said. “That was big for us. We just have different people step up at different moments.”

Part of Minnesota’s early struggles stemmed from Zahui B.’s ineffectiveness, but the Gophers’ 20 turnovers were also a factor.

“Those turnovers, we don’t want them as high, [but] they’re going to happen,” Kelley said. “You’ve got to think next play.”

Despite the turnovers, Zahui B. being limited and Banham out for the year, the Gophers found a way to win.

“We had to grind it out. Things weren’t always going our way, and to still find a way to win is a mark of a very solid team,” Stollings said.

“She felt it was in her best interest and fit her best, and we wish her well, and we’re going to help her in the process,” Stollings said.