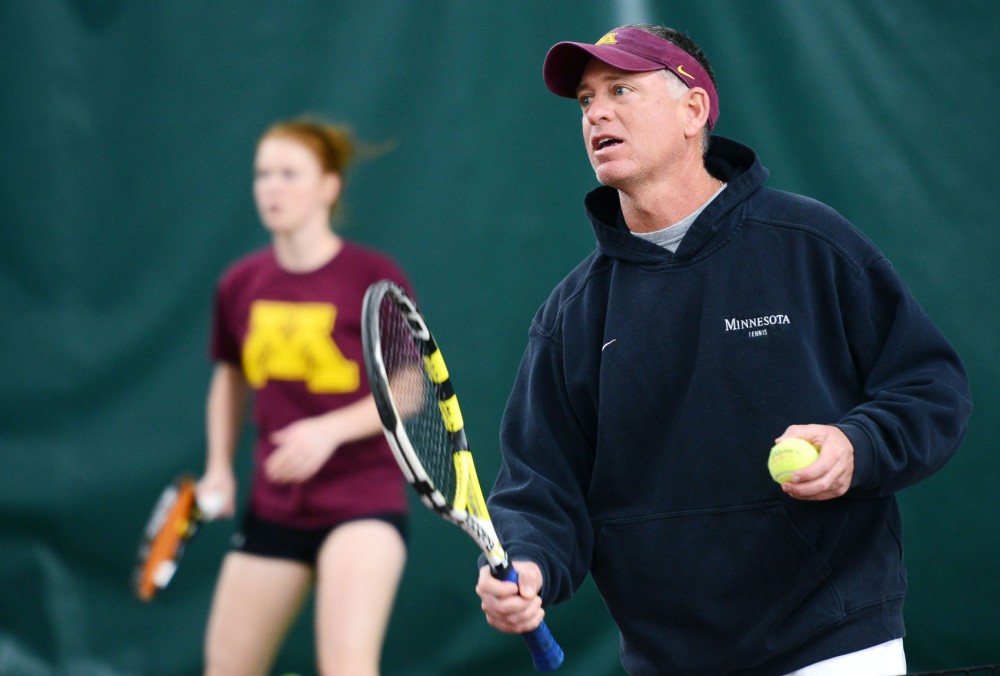 After 28 seasons as a tennis coach for both men’s and women’s collegiate teams, Chuck Merzbacher announced his retirement Tuesday. Merzbacher coaches the Gophers women’s tennis team and will retire at the conclusion of thespring season.

“I’ve had a great run and a great journey,” Merzbacher said. “To end it at the University of Minnesota, where I played, it’s really been a great run.”

Merzbacher is in his fifth season as head coach of the Gophers women’s tennis team. Before that, he coached Ohio State women’s tennis for 16 seasons, where he became the winningest coach in the program’s history.

Merzbacher will end his coaching career at his alma mater. He won 137 matches as a player for Minnesota, which is a program record for most career singles victories.

He has coached the Gophers to three straight winning seasons. Merzbacher said he will miss match day more than anything.

“That’s where you learn a lot about your team,” Merzbacher said. “It’s fun to put on the marron and gold and compete against another school.”