Weisman Art Museum staffers reflect on his impact at the University and in the national pop art scene. 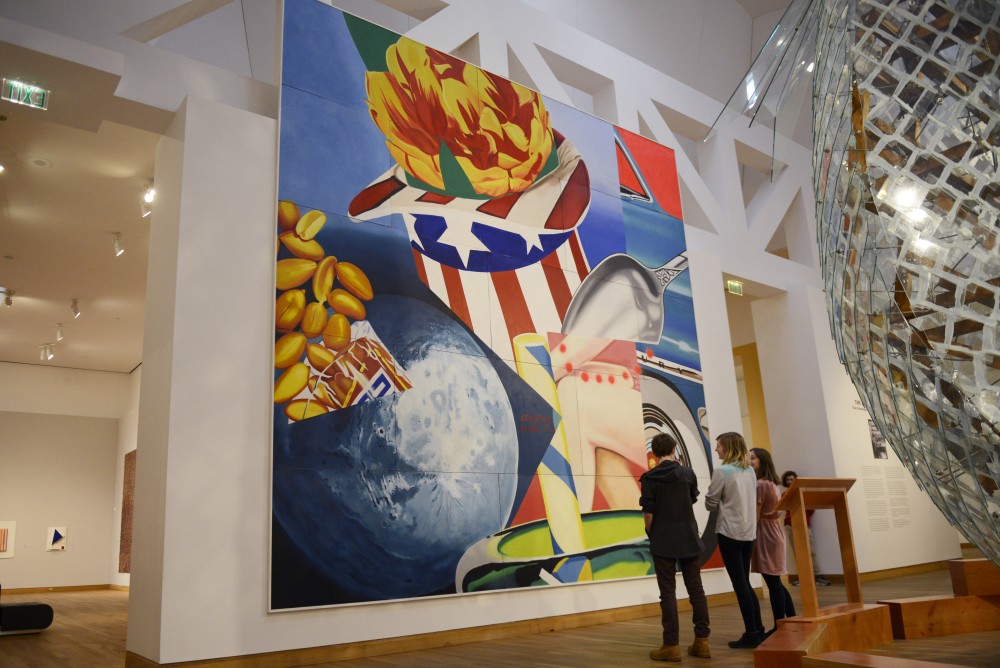 James Rosenquist, an acclaimed artist and University of Minnesota alumnus, has died. He was 83.

Rosenquist, who played a key part in defining pop art, died March 31 in New York City. He graduated from the University with an associate’s degree in studio art in 1954.

Weisman Art Museum staffers remember his adventurous spirit — in life and in art.

“He was very nice, a bit of a risk taker,” said Lyndel King, Weisman director. “He was a major figure in the pop art movement.”

Today, his World’s Fair Mural hangs in the Weisman Art Museum on campus.

He donated the piece to the University in the late 1960s after being selected to paint the mural for the 1965 World’s Fair in New York.

The mural, which includes a reference to Atwater, Minnesota, reflects his Midwestern roots, King said.

“It has a positive view of America during the 60s,” King said.

Rosenquist visited the University several times to see his mural, during which he and King struck up a friendship.

During his most recent visit, he and King presented the mural and held a panel to answer questions on it.

Rosenquist lived in Minnesota for most of his childhood. While in Minneapolis as a child, his mother took him to the Minneapolis Institute of Art, which helped spur his love of art, King said. After college, he spent a majority of his life working in New York City.

Later in his life, the University awarded Rosenquist an honorary doctorate degree in humane letters in 2002.

In 2009, Rosenquist wrote an autobiography on his life called “Painting Below Zero: Notes on a Life in Art”. In the book, Rosenquist talks about his time growing up in North Dakota and Minnesota, as well as his role in the pop art movement.

“Rosenquist has had a large influence here because of his mural,” King said. “Lots of artists look at his work and try to work in a similar style.”