Facilities funding, affordable housing and the Somali community are central to the incumbent's platform during the upcoming election. 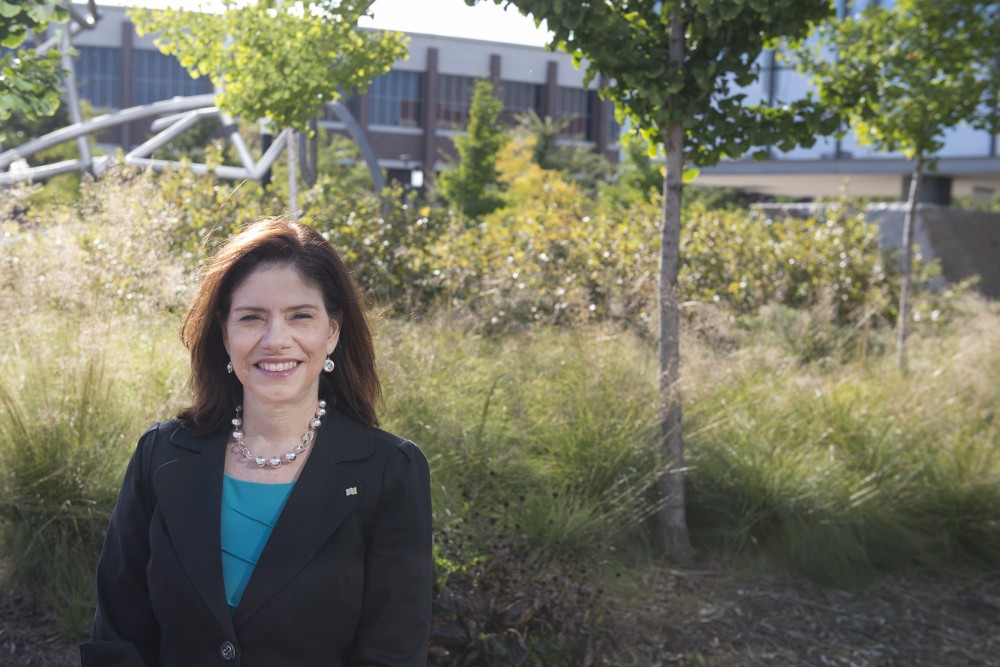 Issues at the University of Minnesota, such as food d

And with the general election now less than a month away, Sen. Kari Dziedzic is focused on defeating fellow District 60B candidate Martin Super of the Legal Marijuana Now party. She believes her work on sexual assault legislation and affirmative consent, among other issues, shows her commitment to students.

“She’s so determined to support the University community to the best of her ability,” said Sen. Terri Bonoff, DFL-Minnetonka.

Additionally, Dziedzic said she worked on an affirmative consent bill — which was enacted at the University last year — during this year’s session, but it failed to make it through the House.

This commitment to serving her constituency, Dziedzic said, dates back many years.

Dziedzic’s father was a city councilor that represented the Northeast Minneapolis area, she said. Later in her life, she would represent the same area as a state legislator.

Her first taste of political success came after being elected in a special election in January 2012. She was reelected in November of the same year during the general election.

If granted a third term, Dziedzic said she will focus on passing last session’s tax bill — which included credits for student loan debtors — and getting more funding for crumbling infrastructure in her district such as the 10th Avenue Bridge.

She said if the bridge isn’t repaired soon, it will need to be replaced, which would cost even more.

“If you don’t keep that basic maintenance going on … you’re going to pay for it more in the end,” Dziedzic said.

Nick Wilson, former government and legislative affairs director for Minnesota Student Association, said he worked with the senator and received advice on dealing with funding shortfalls.

Dziedzic said she included encouraged students to contact their legislators back home to stress the University’s importance.

The University has only received around half of its state funding requests over past years, Dziedzic said, and its infrastructure is at risk of falling behind if not invested in.

“If they’re only getting 50 percent of their [Higher Education Asset Preservation and Renovation request], that’s just not sustainable,” she said.

Jan Morlock, community relations director for University Government and Community Relations, said University buildings aren’t the only facilities that need work on campus. With Dziedzic’s help, they have been working to provide students with more housing options.

“[Campus housing] is very homogenous and is at a particular price point,” Morlock said.

The shortage of moderately-affordable housing options has caused tension between the University and surrounding neighborhoods, Dziedzic said.

Although the University makes up a large part of her district — which covers the Cedar-Riverside and parts of Seward also — Dziedzic said she wants to help close the opportunity gap that plagues the Somali community.

She said the poverty rate is high in the Somali community, and she said she wants to help by making jobs and higher education more accessible.

Sen. Jeff Hayden, DFL-Minneapolis, said he’s worked on several issues in the Somali community with Dziedzic, such as the quality of available interpreters.

Hayden said Dziedzic is also working on resources for the Somali community, such as the Cedar-Riverside Opportunity Center — which will provide training for career and job opportunities.