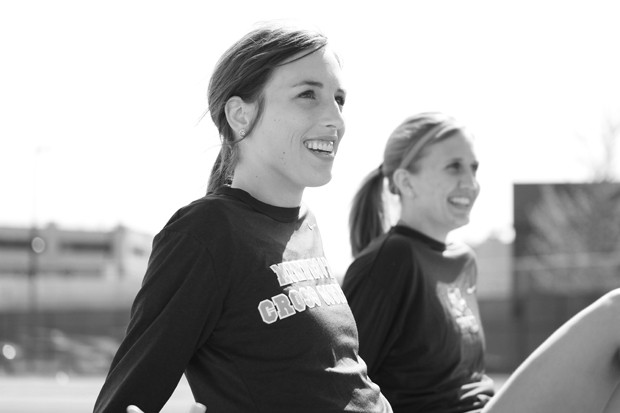 At the NCAA track championships Saturday, Gabe Anderson etched out another chapter in her ever-expanding lore — and Gopher history to boot — when she made a late push to finish second in the 1,500-meter run. That tied the Gophers record for the highest finish in a women’s outdoor track championship, and was the highlight of Minnesota’s showing at the championships in Eugene, Oregon over the weekend. Other bright spots were Megan Duwell’s 12th-place finish in the 10,000-meter run, recording the second-fastest time in Gopher history in her fourth-ever 10K, and Nikki Tzanakis’ 15th-place discus finish in her fist NCAA championships. No male Gophers athlete finished higher than 20th. Anderson’s tale is an inspiring one — overcoming her diagnosis of adenoid cystic carcinoma to compete at an elite level for the Gophers — which has received a rash of media attention, but that shouldn’t obscure her accomplishments. Her second-place showing is just the most recent in a long string of achievements that have her name on the tongues of track enthusiasts everywhere. Mention the word “comeback” to Anderson, and she’d prefer to tell you about how she stormed from fifth place to second in the final 100 meters of Saturday’s race, rather than her bout with cancer a year prior. Following her initial recovery, Anderson had a list of goals she set out to accomplish, the first of which was to enjoy her final season with the Gophers. Check. The next three goals on her list, however, were considerably loftier. One was to break the school record in the 1,500-meter, which she did most recently in the NCAA prelims, clocking in at 4 minutes, 13.45 seconds. Her final two goals were to win the Big Ten title and receive All-American honors. While she achieved the latter with her second-place finish Saturday, she narrowly missed winning the Big Ten title, finishing in second by one one-hundredth of a second. After finishing second in the NCAA finals Saturday, she resisted thinking of the “what-ifs.” “It’s just hard for me to be disappointed … You could do a lot worse than second, so I’m very happy with it,” Anderson said. “I’m happy to have had a shot to accomplish my goals. That really meant a lot to me.” When Anderson told distance coach Gary Wilson about her list of goals, he was surprised with how high she was shooting, but Wilson said he didn’t doubt her at any point. “I set my goals high because I figured, it’s my last season, I might as well go for it,” Anderson said. Upon receiving the All-American, Wilson said it was about as proud a moment as any in his career. “Having lived with her for a year on this, we had no doubt,” Wilson said. “It didn’t surprise me, but I was thrilled with the result.” Anderson will compete in the USA Outdoor Track & Field championships beginning June 23 in Des Moines, Iowa. It will be the final time she dons the maroon and gold before starting a post-collegiate running career that will take her to Drake University. Anderson was the highest finisher for the Gophers women’s team and she was able to check one more goal off of her list by earning the All-American honors. While missing the Big Ten title in the 1,500 was disappointing for some, missing that goal by the slimmest of margins left coach Wilson agreeing with recording artist Meatloaf regarding Anderson’s goals. “Two outta 3 ain’t bad.” Rough championships for men It was a difficult championship weekend for the men, who failed to score points at the national meet over the weekend. It was a tough field in all of the events Gophers athletes competed in, but not having an individual place higher than 20th is a disappointing finish after winning a fourth straight Big Ten title just three weeks prior. Chris Rombough was the Gopher’s highest finisher, placing 20th in the 5,000-meters. R.J. McGinnis placed 21st in the decathlon after winning the Big Ten title in the event three weeks earlier. Matt Fisher competed in the high jump, but did not clear the opening height of 6 feet, 8 3/4 inches in order to advance. Ben Blankenship did not advance to the final in the 1,500 after finishing 15th overall in the preliminary round.