Kenisha Bell entered the WNBA draft after three seasons with the Gophers. 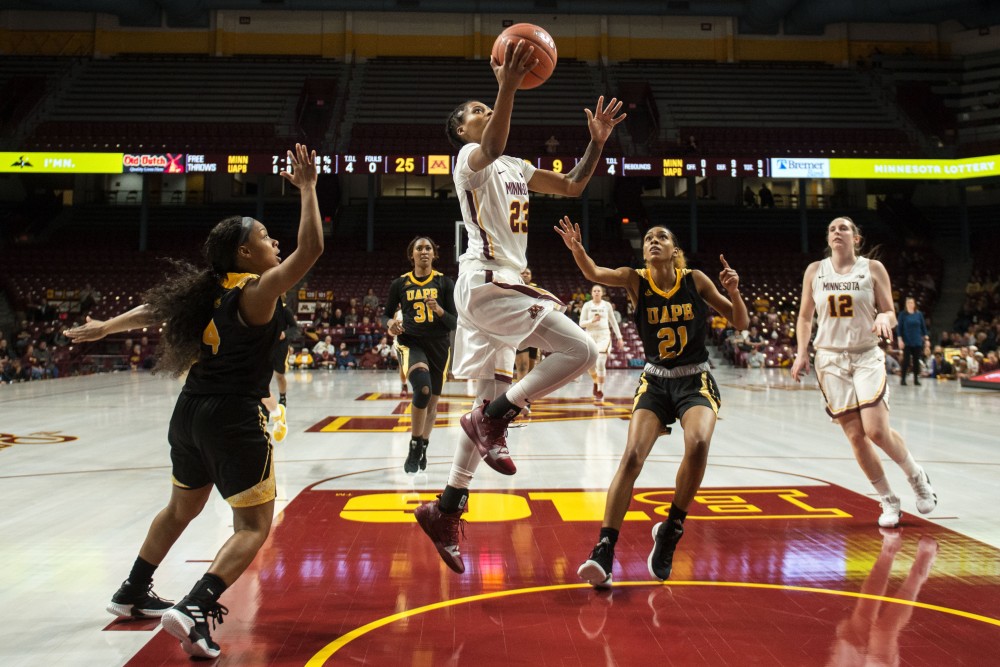 A Gophers’ guard will continue her basketball career as a pro in Minneapolis.

Kenisha Bell was drafted by the WNBA’s Minnesota Lynx as the sixth pick in the third round of the 2019 WNBA draft. She was the 30th overall selection in the final round of the draft. Bell was the only former Gophers player selected in this year’s draft.

The Minneapolis native was the eighth Gophers player to ever be selected in the WNBA draft. The Lynx have experience with former Gophers stars. Current Gophers head coach Lindsay Whalen played for the Lynx for nine years, winning four WNBA championships in that time.

In the 2018 WNBA draft, the Lynx made a similar move in the third round when they selected former Gophers standout Carlie Wagner with the final pick in the draft.