Chris Koza of Rogue Valley will discuss the role of lyrics in songwriting alongside local darlings Gabriel Douglas, Caroline Smith and Sims in MPR’s forthcoming “Works for Words” program. 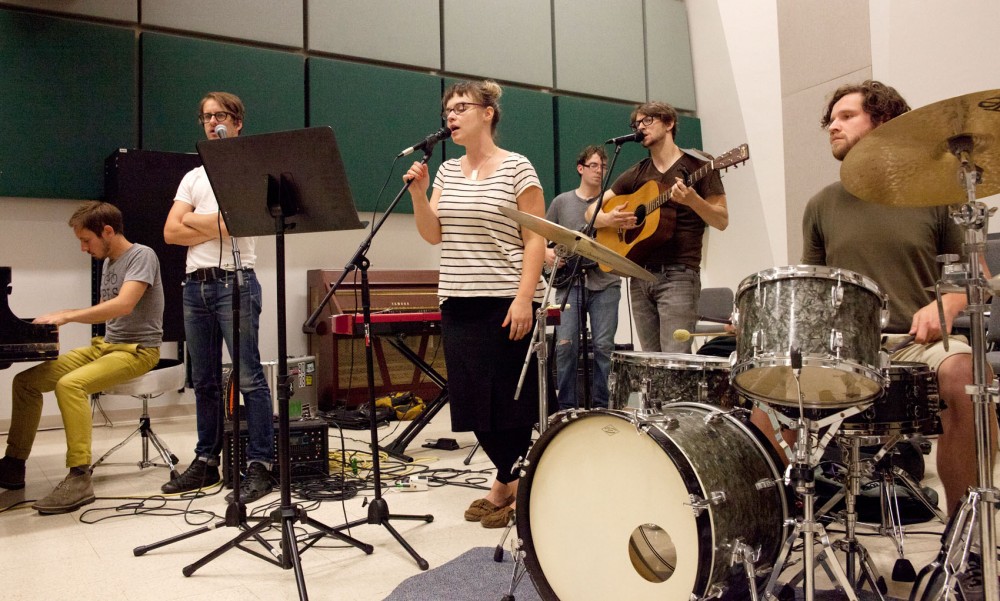 Beyonce. BjÃ¶rk. Lou Reed. These are just a few of the big names that’ll be mentioned in 89.3 The Current’s forthcoming “Works for Words” show Friday at the illustrious Fitzgerald Theater.

Hosted by local songsmith Chris Koza of Rogue Valley, the show will explore the role lyrics play in a variety of songs that include cuts from Outkast, Jeff Buckley and Rufus Wainwright.

Koza, who curated most of the show, and Rogue Valley will perform renditions of pieces selected by him and his guests Gabriel Douglas (the 4ontheFloor), Caroline Smith and Sims (Doomtree). The performance will also include a mini orchestra and choir comprised of University of Minnesota graduate students.

The concept behind “Works for Words” might sound generic, but Koza, with the help of his peers, will approach it with a fresh angle.

“I want to explore how the overall emotional impact of the song isn’t necessarily affected by the strength or the non-strength of the lyrics,” Koza said. “There’s a lot of putting the songs we’re doing into a context. There’s a bit more narration and exchange with the audience compared to a regular show.”

Koza emphasized how he’s not so much interested in how poetic the lyrics are but the emotional weight they might carry within the confines of that particular song. For instance, he explains this by referring to BjÃ¶rk’s “Hyperballad” — one of his three selections.

“It’s hard to even understand what BjÃ¶rk is saying some of the time,” Koza said. “So to me it challenges that notion that lyrics have to be so articulate and great. They can just function within the song.”

The panel format of the show will also allow for some diversity. Lyrics operate differently from genre to genre, and Koza hopes he and his musical cohorts can cover some more creative terrain that can make for a more engaging conversation.

“I want to ask Sims as a hip-hop lyricist how you take control of the lyrics instead of it taking control of you. I feel like there’s so much rhyming, spontaneity and free association that happens in hip-hop,” Koza said. “So how can you always be working towards a goal?”

Of course, even songwriting can be formulaic. And Koza explains how a deconstructive exercise like this forces him to be more objective about his own songwriting. While not everyone is a musician or a muso, Koza insists the central idea behind “Works for Words” is one that’s relatable.

“Whether it’s inspired them to write or create or just a song they find themselves coming back to,” Koza said, “… to me that’s the nature a great song. Everyone has some songs that are part of their musical makeup.”