The Wackett Lab is using predicative computer models to determine what enzymes can break down drugs. 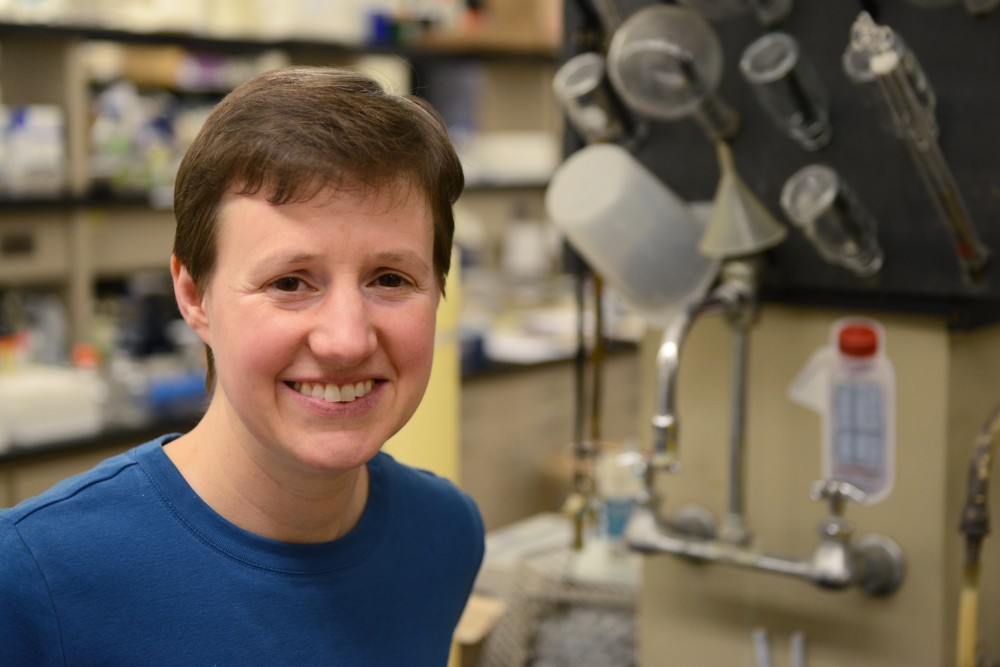 University of Minnesota researchers are developing a way to better predict how drugs break down in wastewater.

Scientists from the Wackett Lab are using a predictive method to determine the correct enzymes that break down pharmaceuticals in water.

In the past, wastewater has been treated for naturally occurring chemicals, which are digested by microbes. The process — called bioremediation — uses many microbes with various enzymes to break down the drug into safer components.

There aren’t any proven systems for getting contaminants such as pharmecuticals and fire retardants out of the water system before they get into lakes and rivers.

“Some studies do claim that contaminants of emerging concern can affect the aquatic life and humans,” said Mary Connor, a Minnesota Pollution Control Agency spokesperson..

These complex chemicals are being used more frequently.

“And current processes are unsuccessful in breaking them down,” said Lawrence Wackett, a principle researcher and University biochemistry professor.

The researchers chose a particularly difficult drug to breakdown, carbamazepine, for the study. Carbamazepine is a widely-used treatment for ADHD and epilepsy. This drug is also found in treated waste water because it resists biodegradation.

“The prediction method works in two steps. First, the drug needs get into the active site of the enzyme, and then be positioned correctly,” said Diego Escalante, one of the researchers on the project.

The prediction method analyzes the structure of an enzyme and the drug of interest in wastewater. The structures of the enzyme is predetermined using a process called X-ray crystallography, which shows the enzyme’s structure.

The method calculates the likelihood that the drug can eventually breakdown. And the enzyme for carbamazepine can be inferred from this information.

The use of enzymes is safer than some other processes like using light to break down drugs, which can cause cancer, said researcher Kelly Aukema.

“The next step in the project is to compile the information from drugs and their respective enzymes into a database,” Aukema said.

The researchers’ method can be used to predict the breakdown of other drugs, too.

Although there has been some research regarding enzymes by pharmaceutical companies, there hasn’t been much about the kind of enzymes needed for wastewater treatment, Aukema said.

“The impact will not be immediate, but it is our hope that this information can be used for the design of better waste water treatment for the removal of chemicals of emerging concern — both here in [Minnesota] and around the world,” Aukema said.