New complex attempts to profit off one community at the expense of another. 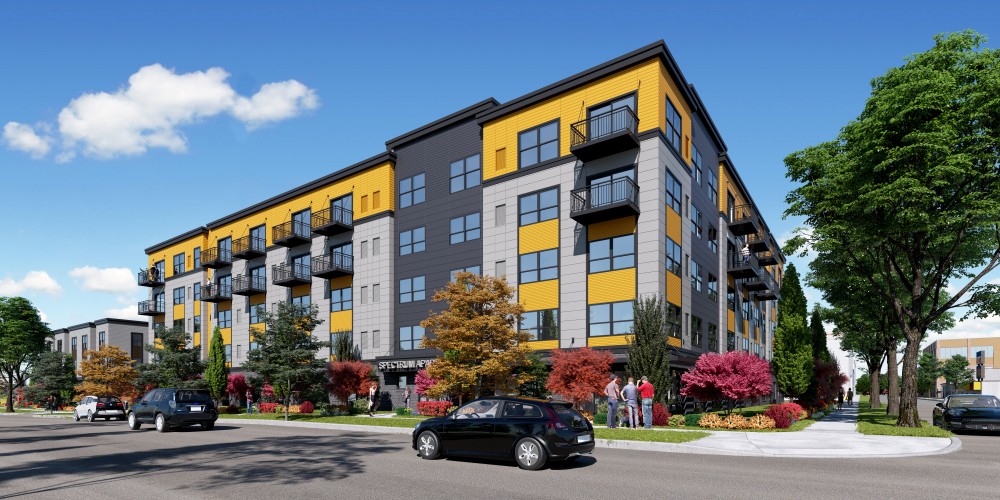 When you’re a University of Minnesota student, the question of housing seems to occupy half of your conversations no matter the time of year.

As soon as you’ve secured a unit to rent for next year, you’re forced to plan ahead for the following year so you can find affordable, close and livable accommodations that won’t hinder your quest to earn a degree, live out your social life and maintain your mental health.The housing problem is compounded because it’s more than just a question of personal comfort, it’s also an ethical question: is your housing impacting the community it surrounds?

Many luxury apartment complexes in Dinkytown andStadium Village — and now in Southeast Como and even Marcy-Holmes — have been rightly criticized for leveling beloved local businesses, changing neighborhood aesthetics and impacting the historic spirit of certain locales.

We’ve asked similar questions in past editorials, which have pondered whether luxury apartments are the right move for the University of Minnesota community’s housing needs. As a board, we have soundly stated that large, commercial housing enterprises are often exploitative and damaging. From the many empty units to the costs that are often either out of reach or nonsensical to many of our fellow students, luxury complexes have become a bad joke to many in our community.

So when a member of this board noticed that the newest luxury apartment complex to target students at our school, named Spectrum (operated by CPM), chose “Turn up the saturation” for its slogan, we laughed until we were sick.

What kind of Lex Luthor-type megalomaniac is behind such a disastrously tone deaf piece of branding? It’s almost as if this is proof super villains live among us. This — like our current president — suggests that they’re only really concerned with real estate and their bottom line.

Spectrum seems to be tenuously positioning itself as a choice housing option for the LGBTQ community with its name and the coding you can find on its website — like the phrase “all-inclusive lifestyle community” and its rainbow branding.

At first, that might seem like a welcome move for an apartment complex, but exactly what kind of people is Spectrum really welcoming? The affluent, that’s who.

The complex doesn’t even mention that it’s in the Marcy Holmes neighborhood in the description of Spectrum’s location on its website.

“Spectrum occupies an ideal location at the intersection of three core Minneapolis neighborhoods: Downtown, Dinkytown, and Northeast,” the website reads.

This total disregard for the community it situates itself in, along with its laughable slogan, reeks of classism. Spectrum lacks any sort of grounding in the University of Minnesota’s intersectional community, which makes its “all-inclusive” appeal ring hollow.