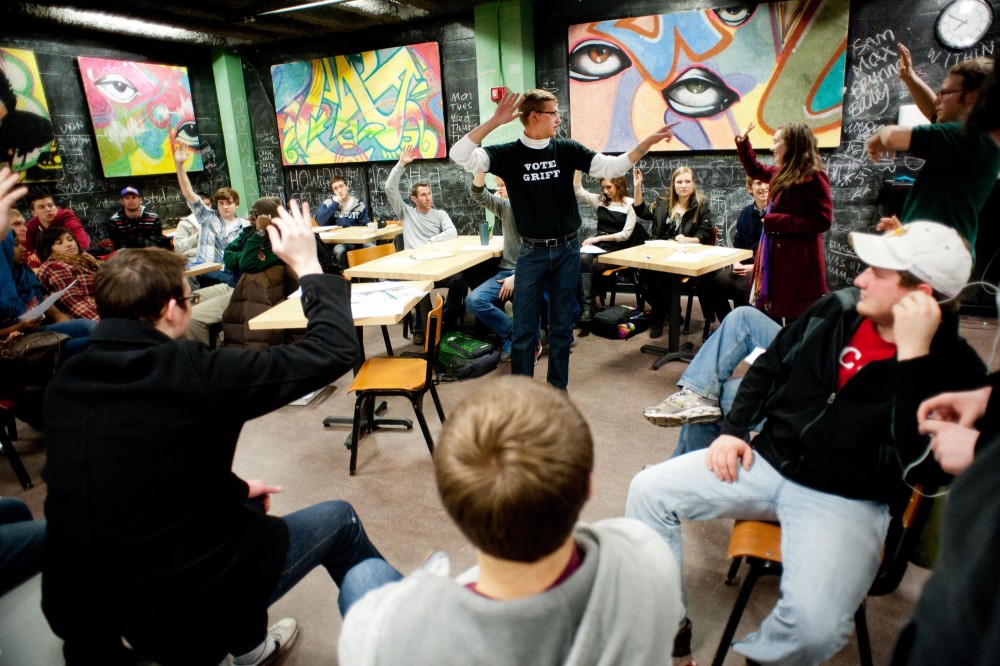 Rick Santorum won the Minnesota caucuses Tuesday night âÄî a symbolic victory just north from where he won the first caucus of the election season in Iowa a month ago.

Santorum won definitively in counties outside the metro area, but Paul challenged him in Hennepin and Ramsey counties.

No delegates will be formally awarded based on the results from TuesdayâÄôs contests, but it was a big night for Santorum, who had been struggling in the polls recently.

University senior Brian Mathys went to a Republican caucus in Folwell Hall because he wanted âÄúto influence the election. ItâÄôs an important time in our country,âÄù he said.

Mathys and the overwhelming majority of students at that caucus cast their vote for Paul. Twenty-nine of the 34 participants voted for the Texas congressman.

In the days leading up to TuesdayâÄôs caucuses, many Republican presidential candidates visited the state to make last-minute pitches as to why theyâÄôre the right choice to run against President Barack Obama in November.

Paul, Santorum and Gingrich all visited the state Monday. Santorum rallied throughout the state in the days leading up to the caucuses. Paul campaigned and held a final rally Tuesday night after the caucuses in Golden Valley,Minn.

Romney stopped by Minnesota last week for a brief, 17-minute rally in Eagan.

The straw poll is a tool used to gauge candidate support at each caucus. In the UniversityâÄôs district âÄî District 59B âÄî there are 13 precincts for both the Republican and Democratic-Farmer-Labor parties. Anyone was able to attend as long as they lived in the district and would be able to vote in NovemberâÄôs general election.

While the majority of other states have primaries and caucuses to show presidential preference, Minnesota has precinct caucuses, in which delegates are chosen and are non-binding âÄî meaning they donâÄôt have to officially pledge their support to a certain candidate until the state convention in May.

A barometer for House race

Caucuses were a bit different for Minnesotan DFLers because Obama is the uncontested Democratic presidential nominee.

Though no total delegate count was available Tuesday night, Griffin was optimistic based on reactions from his organizers from various precincts.

Griffin has been campaigning for almost a year to replace the current longstanding Rep. Phyllis Kahn.

She said she went to various precincts and made a pitch about why she should continue to represent the district.

Kahn said once the district lines were redrawn she would begin to call constituents.

-The Associated Press contributed to this report.