The Minnesota Daily • May 28, 2014 • https://mndaily.com/210868/news/metro-state/aquatic-invasive-species-center-gets-new-director/

Peter Sorensen will now work as a full-time researcher. 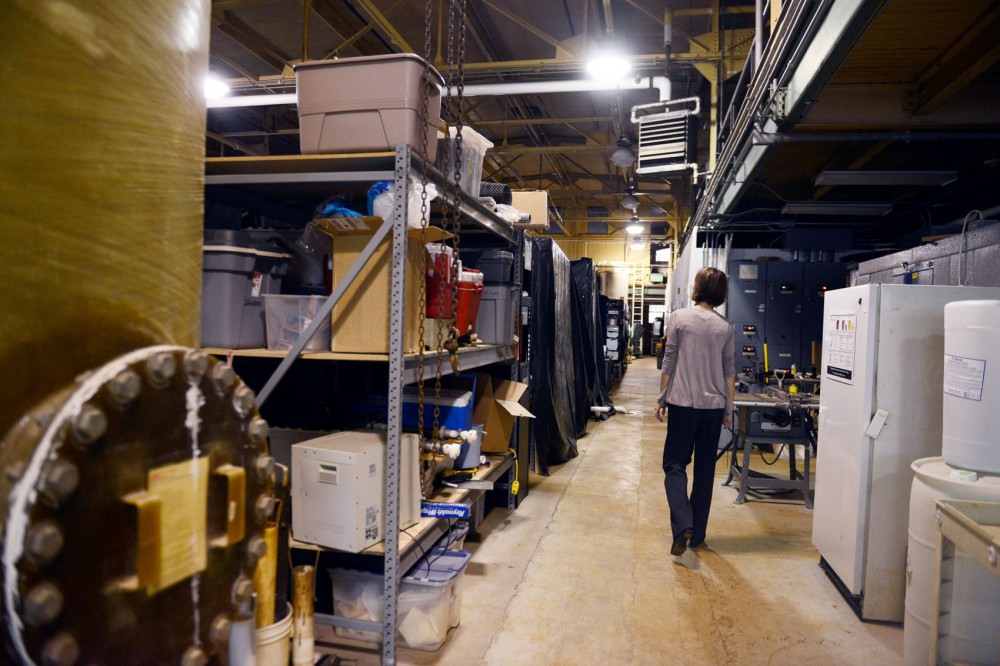 As Asian carp move closer into state waters, the Minnesota Aquatic Invasive Species Research Center is racing to find ways to stop them.

With the push to increase research efforts to keep the invasive fish at bay, the center’s founder, Peter Sorensen, was moved from his post as director to become a full-time researcher earlier this month.

The position change came a day after the center, which is located on the University of Minnesota’s St. Paul campus, received funding for an upcoming project to create Asian carp barriers along the Iowa border.

The change in leadership was meant to remove administrative duties from Sorensen’s workload, allowing him to focus solely on researching methods for controlling invasive species like Asian carp, said Brian Buhr, dean of the College of Food, Agricultural and Natural Resource Sciences.

“The idea was to reposition directors to focus our resources directly at the problem,” Buhr said.

Sorensen, a fisheries, wildlife and conservation biology professor, could not be reached for comment in this story.

Before Galatowitsch’s appointment as director, she had only been involved in small, administrative projects for the center. But her experience heading the Minnesota Department of Fisheries, Wildlife and Conservation Biology and her expertise in invasive plants made her an ideal candidate to succeed Sorensen, Buhr said.

And because summer fieldwork depends on warm water temperatures and the center has projects due for construction in July, the push for a change in leadership was time-sensitive.

“The need to shift [directors] had to happen soon, or we lose a year of fieldwork,” Galatowitsch said.

The rapid spread of invasive carp northward along the Mississippi River has intensified the need for research. If left unprotected from species like Asian carp, zebra mussels and curly leaf pondweed, lake and river systems could be “turned upside down” and become overrun with non-native species, said the center’s associate director, Becca Nash,

“Peter is doing critical work,” Nash said. “We thought about where he is needed the most.”

Because Asian carp eggs were found just below the Mississippi River’s Lock and Dam 8 near the Minnesota-Iowa border last year, installing underwater speakers — a $854,000  project funded by the Environment and Natural Resources Trust Fund that’s aimed to be completed by July 1 — is a priority for the research
center, Nash said.

“It’s a race against time,” she said.

Some of those dollars will go toward renovating the Aquatic Invasive Species Research Center’s laboratories, said Rep. Alice Hausman, DFL-St. Paul, one of the bill’s authors.

Galatowitsch said the laboratory is currently “in bad shape” and will benefit from an upgrade to its security and water treatment systems.

“[It’s] absolutely essential to bring the facility up to a standard that is able to support high-quality science,” she said.

The renovations, which will begin in winter, are “badly needed,” Nash said.

“It will help launch our research to a new level,” she said.