Prospect Park and city officials are excited for the brewer’s new taproom, which had its liquor license approved on Friday. 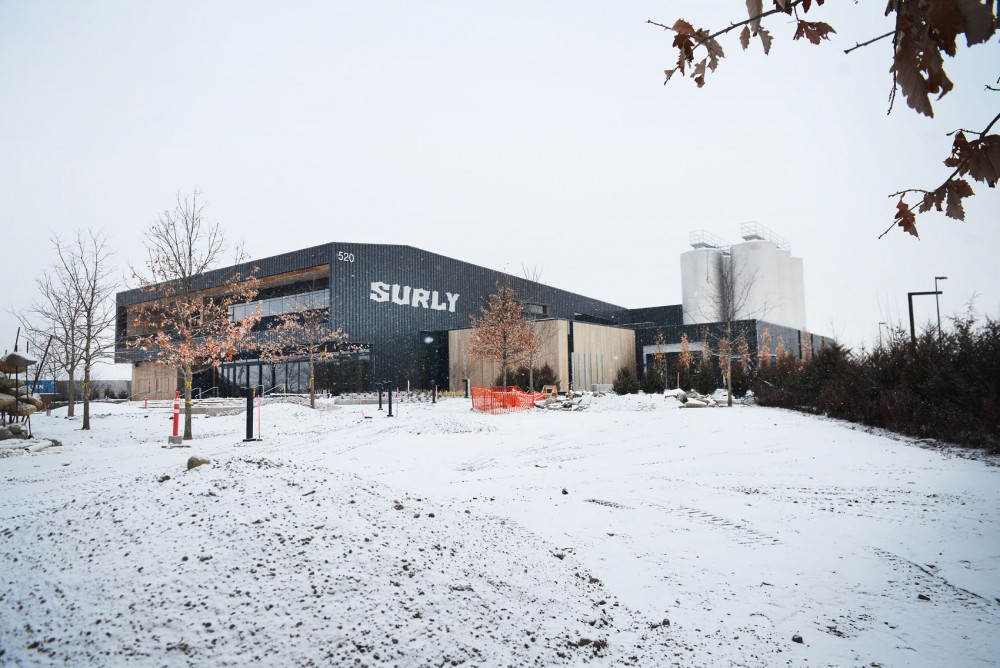 Surly's new taproom in Prospect Park is set to open in December. The acuity approved a liquor license for the taproom Friday.

Surly Brewing Company checked off the last step in a nearly five-year process to build and open its Prospect Park taproom when the Minneapolis City Council approved the business’s liquor license on Friday.

City and neighborhood representatives, along with local business owners, are welcoming the new taproom. Many say it will attract more people to a location in need of renewal and will contribute to planned advancements in the area.

A taproom, typically owned by a brewer, is similar to a bar, but the only alcohol on tap is the brewer’s brand. In this case, it will be Surly’s beer.

The Surly site, which partially opens next month, is located on Malcolm Avenue Southeast. It will be the first of its kind in the area, said Ward 2 City Councilman Cam Gordon, who represents the Prospect Park neighborhood.

“This is one of the last hurdles, and it’s good to see it come through the council,” he said.

The taproom is unique because it includes a restaurant, said head of restaurant operations Linda Haug. Once it’s open, the business will consist of a beer hall, beer garden, retail center, event center and fine-dining restaurant, she said.

The beer hall and retail center will open next month, and the rest of the business will follow next spring.

The City Council’s approval comes more than three years after Gov. Mark Dayton approved a law known as the “Surly bill,” which legalized the onsite sale of a brewery’s beer.

Ward 12 City Councilman Andrew Johnson, who helped lobby for the bill before he was elected to the council, said he’s happy to see the brewery come to Prospect Park.

“It’s wonderful that we have such a destination coming to Minneapolis,” he said.

“If [Surly’s] expansion is any indication of how Minneapolis is doing, we’re in a good place,” Frey said.

Surly owner Omar Ansari first considered the idea for a taproom in 2010. Not long after he began considering possible locations, the Prospect Park East River Road Improvement Association invited the company to consider the neighborhood for a future site, said Dick Gilyard, a board member for the association.

“We don’t see it as a bar,” he said. “It will be a well-managed establishment, and we’re in favor of it because it will create jobs.”

The brewery is located north of University Avenue Southeast, an area that some residents hope to transform into “Prospect North” — a modern mix of sustainable housing and research labs.

Gordon said the Surly taproom could be one of the first steps in shaping the neighborhood, though it was planned independently of Prospect North.

“This could be viewed as a catalyst for things to come,” he said.

The taproom isn’t geared specifically toward the college-age demographic, Haug said, though some of its prices lend themselves to a student’s salary.

“We’re not gauging it toward anyone in specific, but beer lovers in general,” she said.

Library Bar and Grill manager Joe Berg said though he thinks the taproom will be a nice alternative for students, he doesn’t see it as competition because it caters to a different crowd.

Though the bar may see a decrease in happy hour business initially, that’s not the Library’s main source of revenue, Berg said.

“I think when you take into account bars like us and Blarney, we are predominantly late-night bars,” he said. “It’s not really our target market at our target time.”

Gordon said he hopes the Surly brewery will help the area take advantage of foot traffic from the Green Line light rail and become a destination for Minneapolis residents.

The brewery might attract a younger crowd to the area, Frey said.

“I don’t know if I’ve met a student who wouldn’t want a brewery nearby,” he said.

After the council voted to approve the license Friday, Ansari said the approval seemed like a formality, but he’s glad to see Surly’s plans finally move forward.

“It’s been a four-and-a-half-year process,” Ansari said. “It’s nice to see we’ve been able to open a taproom.”