The Gophers were beaten 78-68 by the Nebraska Cornhuskers — their second loss in three games after a 7-0 start. 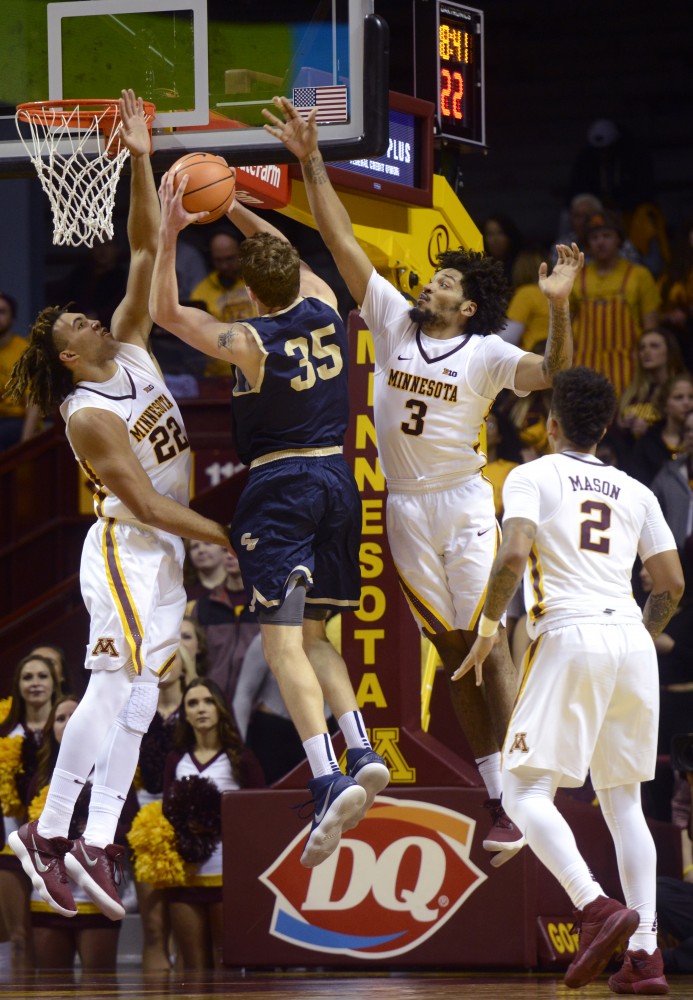 Minnesota came into the matchup ranked 14th in the country on Tuesday night.

However, losing by 10 to a team that lost by almost 30 points earlier in the Big Ten schedule doesn’t support your claim of being one of the best teams in the league.

“If you don’t have it going offensively, you’ve got to get stops and get out on the break and we did not do that,” head coach Richard Pitino told reporters. “Credit to them. It’s a tough environment to play in, so we’ve got to learn from it.”

As Nebraska fans stormed the court and the clock ticked down to zero, the Gophers were dealt their worst loss of the season, and their second loss in three games. The Gophers were favored to beat the Cornhuskers, but Minnesota lost by 10 points in the loud and aggressive atmosphere of the arena.

“We couldn’t throw the ball in the ocean standing on a cruise ship,” Gophers guard Amir Coffey told reporters.

The Gophers shot 32 percent from the floor compared to the Cornhuskers’ 47 percent. Minnesota was dominated throughout the game on both sides of the ball and only held the lead for two minutes in the start of the second half before the team allowed a 10-0 run by Nebraska. The Gophers never got the lead back after.

Guard Nate Mason led the Gophers in scoring with 20 points, followed closely by Coffey who had 17 points in the game. The two starting players under the basket, Jordan Murphy and Reggie Lynch, combined for just 19 points. However, Murphy kept his double-double streak alive, and tallied his 10th of the season with 10 points and 12 rebounds.

The Gophers looked like they might make a comeback at the end. They dropped the Cornhuskers’ 17-point lead to just eight points with one minute to play, but Nebraska answered each Minnesota bucket, making free throws when the Gophers were pressing their players to get the ball back on offense. Nebraska would finish shooting 22-28 in free throws, draining the last 8-10 in the clutch final two minutes of the game.

“Just wasn’t great all around,” Pitino told reporters. “You know it was a little bit of everything. We just didn’t do a good job there, so we’ve got to get back to it.”

The Gophers went into the locker room down 39-31. Minnesota was shooting 33 percent, was out-rebounded 25-19 and had 13 personal fouls to Nebraska’s seven. The fouls made Lynch and Murphy sit out for longer than they would have in usual circumstances. Murphy played only 8 minutes, while Lynch played 16, with two personal fouls each in the first half.

“Obviously, we didn’t have it going,” Pitino told reporters. “It’s not going to be as easy for us to just throw it inside.”

The Minnesota bench would finish with five points, all coming from freshman Isaiah Washington. Nebraska proved to have more depth, with 18 points coming from nonstarters.

The Gophers will be on the road again in Fayetteville, Arkansas, where they take on the Arkansas Razorbacks (6-2).

“We’ve got to have a short memory and we’ve got to get back to work,” Pitino told reporters.