Q&A: Minneapolis filmmaker Samiera Abou-Nasr on her short film, “Of Our Youth”

Abou-Nasr talks about her work as a filmmaker, being a female in the industry and the upcoming Twin Cities Arab Film Festival. 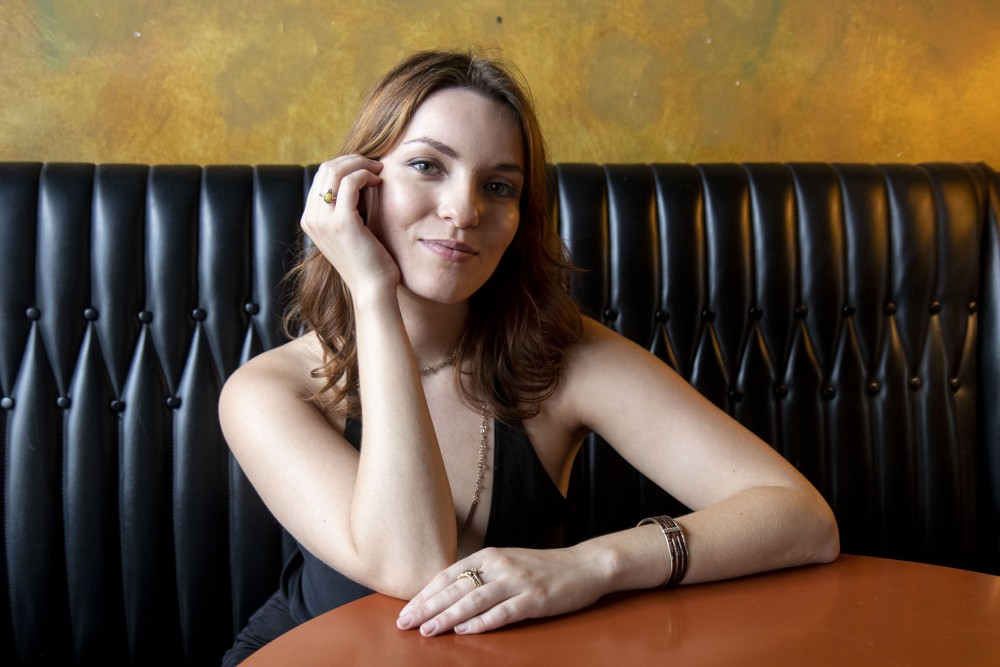 Film maker Samiera Abou-Nasr poses for a portrait at the Cafetto coffee shop on Sunday, Sept. 22.

Samiera Abou-Nasr is a Minneapolis filmmaker who has been active since 2015. Her most well-known film to date, the 15-minute short film “Of Our Youth,” is featured in this year’s Twin Cities Arab Film Festival.

I started watching movies around when streaming first started. But I was 16, and I remember watching this movie called ‘Less Than Zero.’ Robert Downey Jr. is in it, and he is really young and very magnetic. And I just got so pulled into this one scene, and I felt so many emotions … I literally was just so lost in the scene. I just kept watching it over and over again. I wouldn’t finish the movie. And, I was just like, ‘I gotta do it.’ It became no question in my mind that I was going to be a filmmaker. Yeah.

The film was shot in Cedar-Riverside. Why did you choose that neighborhood specifically?

I did go to school there. Augsburg is in there … but I lived over there as well. So I did spend a lot of time not even on campus, but on that strip where I shot the film. Some people, well pretty much everybody, was from a different background than I was, but they were all from different backgrounds from each other as well. So it’s just really interesting. And it was very eye opening — speaking … and connecting to people beyond the surface level, about their lives and my life and just accepting each other from … completely different standpoints on certain things. There were a lot of people where we had disagreements about, you know, certain political things. And it was just a really special place.

What was your background before becoming a filmmaker?

I guess it’s kind of interesting. I was a figure skater [and] actually skated for the U.S. team one year. I moved to Minnesota for that — to train in figure skating. And before I even moved here, I was pretty involved with [film] still just time wise, but my interests lied more in music, and I wanted to be a composer. I played piano, and I would say an oboe was my main instrument. And then I also I self-taught myself drums and bass and was learning guitar. And just for fun, I did French horn and viola.

What is your experience of being a female director and filmmaker in a predominantly male field?

It’s so weird, because I was in film school [and] I had a film professor once. It was such a small department — one was a woman, one was a man. I wear dresses. I don’t like pants – especially when I’m on a set. So I was wearing a dress. It wasn’t fancy or anything. It was just a frock. This guy [we were filming] said, ‘Good luck with the film’ to my partner, and then he told me I look nice. And I was like, ‘That was so weird.’

What’s it like being part of an entire festival dedicated to celebrating Arab artists?

It’s really cool. What’s cool is I did get to see some of the films that were going to be in the festival already and just watching all of the different ways that people are representing themselves. Some people are representing themselves as Arabs, some people are just representing themselves with Arab actors. And it was just interesting to see like, the whole diaspora … it’s weird because the [Arab] identity is so convoluted because there’s a lot of displacement. It was also very cool for me because … I want film to be transformative for me. I’m Arab, and I’m constantly reminded because of my name and things like that … So becoming part of a like-minded group – especially filmmakers – was really scary for me because I do have some identity issues. But it’s also very cathartic.

Correction: A previous version of this story misidentified the person who Abou-Nasr was referring to in an anecdote. The person she was referencing was someone she was filming for a video.