Smith announced she will also run in November’s special election. 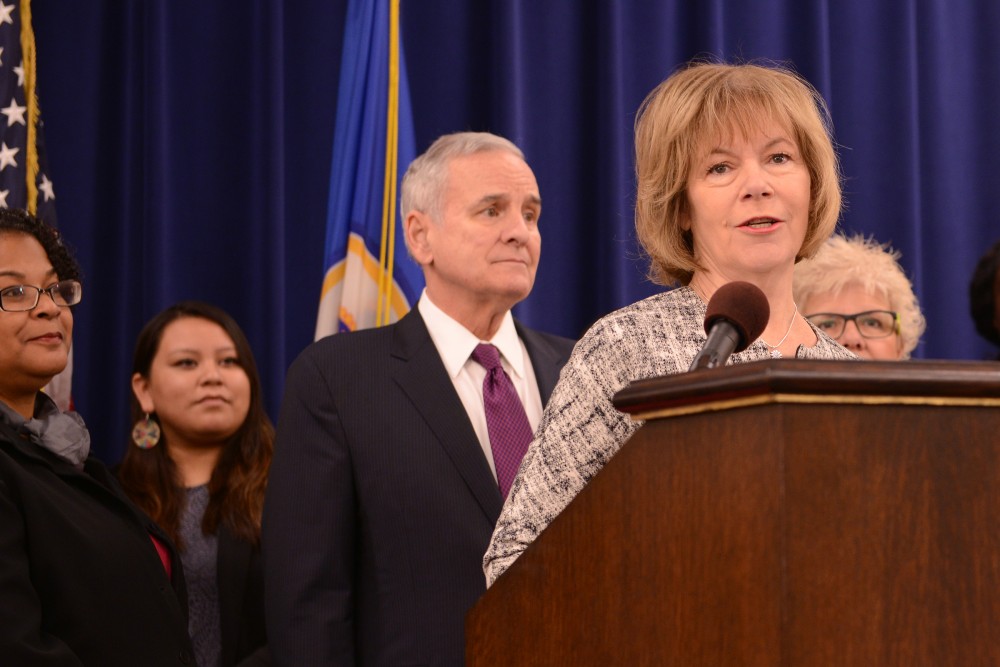 “Though I never anticipated this moment, I am resolved to do everything I can to move Minnesota forward,” Smith said in a speech Wednesday. “Now my job will be to go to Washington D.C. to continue working on behalf of Minnesota and our country.”

In a speech Wednesday, Dayton said Smith will best serve Minnesotans as senator.

Smith will serve on the U.S. Senate until next November, when she will run in a special election to fill the seat. Franken’s term ends in 2021.

“I will do my best to earn Minnesotan’s support, and I believe the way to do that is by being the best senator that I can be,” Smith said in her speech.

U.S. Sen. Amy Klobuchar, D-Minn., said in a statement Wednesday that Smith was aptly qualified to “hit the ground running.”

“During her years of experience serving our state, Lt. Gov. Smith has shown herself to be a capable and effective leader who has worked to improve the lives of Minnesotans,” Klobuchar said.

Franken announced his resignation from the floor of the U.S. Senate on Dec. 7, after a seventh accuser, reported by Politico, accused Franken of forcibly kissing her.

Smith thanked Franken for his service in Wednesday’s speech, calling him a “champion” for the state.