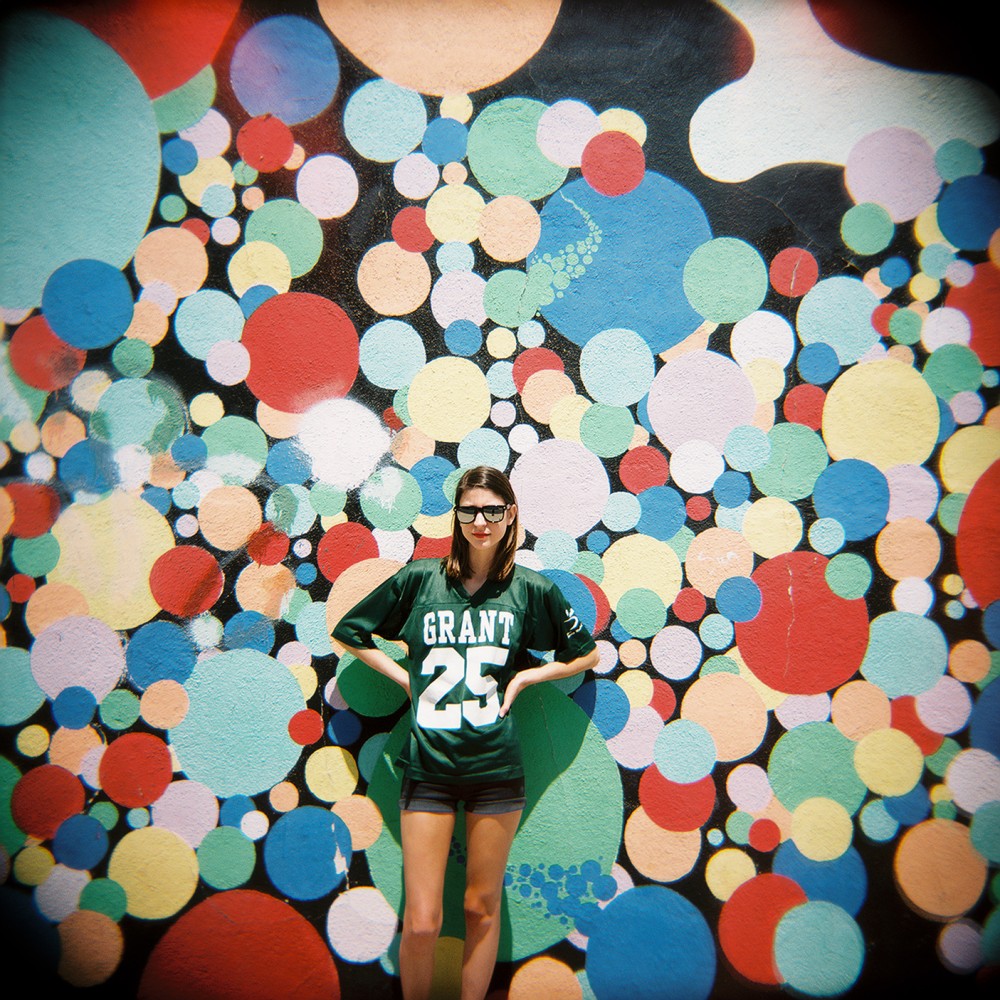 In addition to writing music, Colleen Green occasionally draws a comic centered around a cartoon version of herself smoking weed.

Colleen Green hasn’t had a real job in four years. Between stops in Canada and Detroit, Mich., she explained that her one-woman Ramones-meets-lo-fi-garage-rock outfit is her main source of income.

“I live extremely cheaply,” she said. “I don’t pay rent, and I’m on food stamps.”

For now, Green is content with life on the road, touring in support of her first full-length album, “Sock It to Me.” From her origins selling cassette tapes of her first homemade releases to hand painting every T-shirt she sells, Green’s resourcefulness still keeps her afloat.

“If I had expenses in my life, I certainly would not be able to survive on what I’m making right now off money,” she said.

Admitting that the true Colleen Green experience means one guitar and one drum machine, she’s taking a bass player along for the ride on the current tour. Denying she’ll ever actually need a full band, Green champions the simplicity of her DIY sensibility.

“I don’t really see the need to have a full band,” she said. “There’s nothing special to me about a full band — everybody has a band.”

While most artists might ramp up the production following cassette and CD-R releases, Green keeps her basic formula on “Sock It to Me.” Green takes cues from indie contemporaries Vivian Girls and a mix of ’50s-inspired vocalists on the album.

One of the release’s standouts is “Taxi Driver.” Green pines to drive around in a cab all day long, the one “real” job that might suit her.

“I would just drive around and listen to the radio and be alone with my thoughts,” she said.

Describing the meaning behind her songs requires no effort, a similar exercise in decoding Stephen Merritt’s pop. But Green’s minimalist songwriting also comes across as less ironic than the Magnetic Fields and grungier compared to the overly saccharine beach-pop of Best Coast. The aesthetic goes back to Green’s interest in an unadorned live setup, an M.O. that allows her to play everywhere from houses to bowling alleys.

“I can pretty much play anywhere,” she said. “One time we played in an El Salvadorian restaurant in Washington, D.C.”

Keeping with her artistic transparency, Green’s comics mirror the simple structures of her songs. Drawing herself as a stick figure, she intended to put out a new zine of her drug-fueled misadventures on each of her releases.

“It’s called ‘Real Shit Daily,’” she said. “Originally it was supposed to be based on the adventures of myself and my friend Kayla.”

But since she’s moved away from her best friend, the adventures have stopped, and her worries have increased. Darker material inevitably envelops the latter half of Green’s debut on “Sock It to Me,” such as the aptly named track, “Heavy Shit.” On the power chord-laden track, she aims to address her increasing apprehensions that may find their way into her stick figure comics.

“I’ve been thinking for a while that maybe I should make sad ones versus mundane, everyday life kind of things — just what’s real in my life,” she said.

Until she resurrects her comic misadventures with her best friend or finds work as a cab driver, her only worry will be living from day to day on tour. Colleen Green’s primary occupation remains tied to her portability on the road.